What Are Biopharma R&D Leaders Focused On? 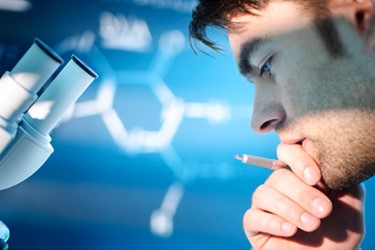 In the past few years I’ve written about why I think the R&D Leadership (RDL) Summit is one of the best events I attend each year, and this year was no exception (see overview of this year’s conference). The theme this year was “Preparing For The Future Of R&D,” and the show began with a high-level economic and industry overview. For instance, the healthcare industry continues to outperform other sectors, with Merck being the top-performing stock last year. Within healthcare we can anticipate continued consolidation (i.e., M&A of like businesses) and vertical integration (e.g., CVS Health’s acquisition of Aetna) as well as more partnering and the integration of new technologies. And while it is expected that new technological integration will help lower ever-rising healthcare costs, it isn’t expected to lower them substantially. Without greater cooperation between pharma and payers to reduce healthcare costs and rising drug prices, there is worry that the federal government will end up determining solutions, and in doing so, may destroy one of the U.S.’s biggest innovation engines — biopharma. This fear of impending government involvement was pervasive throughout the conference.

Another common — and related — theme was the growing public and political blowbacks on drug pricing. Although many attendees believe that the industry has gotten better at self-policing (e.g., limiting drug price increases to single digits), the recent retirement of Utah (R) Senator Orrin Hatch is cause for concern, as many viewed him as one of biopharma’s biggest supporters. Biopharma needs more people in congress who understand the business model and the incredible risk the industry takes. To do this requires more leaders in our industry effectively explaining the issues around drug pricing. Because, though the seven executives who testified in the Senate hearing (Drug Pricing in America: A Prescription for Change, Part II, Tues., Feb. 26, 2019) represented our industry admirably, it was obvious that most participating Senators were more interested in generating sensational soundbites for the media and their constituents, than developing viable solutions for that which ails U.S. healthcare.

Some attendees mentioned that the industry needs more biopharma executives becoming much more active advocating on behalf of the industry and touting the importance of the U.S. remaining the preeminent leader in this field. Stories about biopharmas increasing manufacturing capacity investments in the U.S. (e.g., Amgen breaking ground on $200 million next-generation biomanufacturing plant in Rhode Island) need to get more attention, especially since these likely would not have happened without tax reform. We also need more success stories around internal rate of return (IRR) on R&D, which requires better portfolio and project management.

The Reimbursement Landscape — A Hot Topic Likely To Get Hotter

It was noted that patients could benefit from better reimbursement of biopharmaceuticals, as most drugs get about 80 percent insurance coverage, with patients picking up the other 20 percent. Comparatively, hospital expenses are reimbursed at 95 percent, leaving the patient responsible for the other 5 percent. As a result, when drugs are quite expensive, this 20 percent creates a lot of patient angst. Some are advocating for first-dollar coverage as a potential solution, which is already a hot campaign topic for 2020.

In health insurance, first-dollar coverage means insurance covers healthcare expenses without copayments or deductibles having to be paid first (i.e., it pays expenses beginning with the first dollar charged to healthcare). Though this might sound like a great deal, patients can expect higher premiums for such plans. Further, first dollar plans generally have low limits on how much first-dollar coverage the insurance company will pay for medical treatment or healthcare before deductibles and copayments are required. For example, such a plan might have a limit of $500/day for hospitalization. Considering that the average cost of a 3-day hospital stay today is about $30,000, the patient’s out of pocket could be significant.

As a society, we need much better healthcare and financial literacy, and should advocate for it to be standard teaching in high schools. This is because the U.S. is entering an era where consumers and patients are becoming increasingly responsible for financing a larger portion of their own healthcare. Thus, we should advocate for policies that facilitate greater savings by patients for anticipated future healthcare needs. Currently one out of every five dollars of revenue the government collects are used for debt servicing, and some believe if first-dollar coverage becomes common practice we can expect that to only get worse.

What Else is Creating Concern For Attendees Of RDL?

One of the hallmarks of RDL is a focus on innovation. Attendees are looking for ideas for how to increase innovation at their companies, improve efficiencies and speed, while also seeking ways to lower costs, as all contribute to productivity and the ultimate output of therapeutics aimed at improving patient lives. And though the biopharmaceutical industry has driven some remarkable innovations that have cured diseases, improved patient lives, and significantly reduced long-term healthcare costs, we continue to see an ever-rising backlash from the public regarding “high-priced” drugs. “We are getting caught up in a systemic outrage at healthcare in general, driven in part by the inequities and lack of patient access to some of the industry’s latest innovations,” noted one speaker regarding biopharma’s continued negative public perception problem despite its innovation prowess.

While innovation in biopharma remains critical, the backlash over drug pricing makes one wonder if patients (and payers) can afford the innovations biopharma seems capable of delivering. For example, Spark Therapeutics’ FDA approval of Luxturna holds the potential to be curative for patients with inherited retinal diseases (IRD), a rare blinding condition caused by mutation of biallelic RPE65 genes that frequently affects children and young adults. But as it is curative, this means Luxturna can benefit about 2,000 patients in the U.S. immediately, as this is about how many currently have this specific mutation. And, as there are only between 10 to 20 new cases of biallelic RPE65 mutation-associated retinal dystrophy a year (just in the U.S.), the company can anticipate potentially treating an additional (at most) 200 patients over the next decade. In other words, Luxturna represents an amazing medical breakthrough, but as there are so few patients it can benefit (< .001 percent of the U.S. population) it comes with a rather high list price — $850,000 ($425,000/eye) to cover the cost of R&D. Even if we estimate a 50 percent discount from this total list price, a 20 percent copay equals $85,000 out of pocket for patients. Is it worth it? Most would likely say yes. But we can’t ignore the economic reality that $85,000 is roughly $10,000 more than the average U.S. household’s annual income.

A 2018 drug trend report noted biopharma doing a good job of reigning in drug pricing. For example, patients in Express Script employer-sponsored plans paid an average of $11.55 for a 30-day prescription in 2018. This is just six cents more than in 2017 (a .5 percent increase), despite list-price inflation of 7.3 percent for the most commonly used traditional brand medications. Further, drug costs for traditional drugs declined 6.5 percent for Express Scripts’ employer-sponsored plans, 5.5 percent for Medicare plans, and 5.6 percent for exchange plans. And though biopharma seems to have gotten better at managing drug price increases, some fear it is too little too late, and government drug pricing intervention is inevitable.

Many in healthcare have been advocating for the adoption of value-based pricing. But even that model comes with concerns. “When you build a model that relies on 100 assumptions, and you change any one of them a little bit, the value price changes by two-fold,” expressed one RDL attendee. “There is a fallacy in the thinking that value-based pricing is based on some sort of science.” According to this individual, when a pharmacoeconomic body recommends a price of “X,” it is really a range of .1x to 10x, which undermines the whole value of the process. The person then went on to note how drug list prices have no basis in reality. “We [drug companies] are pushed to have high list prices because the PBMs and so forth like their rebates; that’s how they make money.” This has created a notion where people, including physicians, are talking only about list prices, not patient benefit. “We should be focused on delivering better healthcare — now,” the person emphasized. The individual went on to note that the problems in healthcare today will be miniscule in comparison to what will be faced in the future if we lack innovation. “If we don’t deal with the tens of millions of people who are going to have Alzheimer’s in a couple decades … boom.” They concluded their remarks stating, “If we don’t do something to put a value on the value of innovation, we are all going to lose in the end,” which was met with applause. It is clear that those who work in biopharma R&D aren’t lacking in passion for what they do. But, again, it was also clear from this exchange that there is tremendous fear of government intervention. Attendees were afraid that the government will focus only on addressing drug pricing, while not attempting to fix the overall healthcare system. Doing so will not only kill innovation, it will actually kill the U.S. biopharma industry as we know it, and there is speculation that China will be all too happy to fill such a void.

Insight From One-On-One Conversations At RDL

In addition to the fireside chats, panels, presentations and robust Q&A, I also took the opportunity to speak with RDL attendees one-on-one to find out what else they are thinking about. Here are some of their thoughts.

The 10th annual R&D Leadership Summit will take place March 9-10, 2020. The organizers (The Conference Forum) have a limited number of invitations to attend the summit. If you are a senior level R&D executive from a biopharma company and would like to join the invite list, you can contact them at service@tcfllc.org.