What Can Be Done To Save Biopharma's Broken Image? 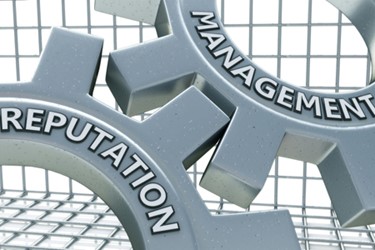 I remember when I first broke into the most respected industry in the world — biopharma.

Of course, back then it was simply referred to as the pharmaceutical industry. Being before the Internet, my father loaned me a Physician’s Desk Reference (PDR), a roughly four-inch-thick commercially published compilation of manufacturers' prescribing information on prescription drugs that is updated annually. In the back of the PDR was a list of pharmaceutical companies, complete with addresses. For weeks I’d come home from my job as a merchandise manager for J.C. Penney and spend my evenings typing up individualized cover letters on 100 percent cotton egg shell colored paper. This was very time consuming. Because while my Smith Corona typewriter did have correction tape, the correction was made in white, and when done on egg shell colored paper, it looked like crap. Thus, every cover letter had to be mistake free.

The next morning, I’d mail 10 letters with 10 copies of my resume, which became part of my daily commute. The number 10 was a personal goal. No matter how exhausted I might be, I was going to do 10 letters a day (every weekday) until I got through every single company listed in that godforsaken book, with plans to start back at the beginning if nothing resulted from the first round. To most of my correspondences I received letters noting they were not currently hiring but would keep my resume on file for X # of months. I also received some phone calls, many requesting I show up for mass interviews (i.e., cattle calls) taking place in nearby Pittsburgh (about a two-hour drive one way). Such an approach didn’t work well for someone working in retail, as my schedule often fluctuated from week to week, and asking the boss to change the schedule was not an option.

But then one day something amazing happened. Entering my one-bedroom apartment, I pressed play on the answering machine (the kind that used a cassette tape) and heard the voice of Richard (Dick) Davis, then a district manager with Mead Johnson Nutritionals (MJN), a division of Bristol-Myers Squibb. Not only was he interested in meeting/interviewing me, but Davis was happy to do so near where I lived/worked! The interview process was extensive; it took about six months and involved a physical, a drug screen, and a comprehensive background check. Davis didn’t just call my references, he interviewed them! He once told me he knew he was going to hire me after meeting with Frances Stineman, Ph.D., then the director of the College of Business Advisement Center (COBAC) at Indiana University of Pennsylvania (IUP). Stineman was not only one of my references, but one of my most significant mentors, who (surprise surprise) also happened to be a woman.

I share this trip down memory lane, because when I finally broke into biopharma, I could not tell enough people. Breaking into biopharma was a really big deal! The industry was one of the most respected in the world, very difficult to get into, and once in, you believed you were making a significant difference in the lives of others. I remember being on a plane as a new rep heading off to training, and someone seated next to me asked what I did for a living. When I told them, their eyebrows went up. I like to think they were obviously impressed, and I have to admit to feeling pretty damn proud of myself — for I had made it.

Fast forward about 25 years, and I am once again seated on a plane. Only this time it is I who is striking up a conversation with a young woman seated in the same row. When asking what she does for a living, she mentions sales. No company name or type of sale is offered. I ask what type of sales. She replies, life sciences, and is giving off signals she really doesn’t want to talk about it. “What type of life sciences?” I ask plowing forward. She must have felt she was being grilled, which was certainly not my intent. But when she finally revealed that she worked in the biopharmaceutical industry, I informed her how that was where I got my big break saying, “You should be damn proud of what you do and the company you work for.” We ended up having a nice conversation. But I was struck by how different times had become. She likely anticipated that once she revealed working in biopharma, I was likely to give her grief about some “over-priced” drug I or a family member was on.

Today biopharma is still tough to get into, but regretfully, it isn’t respected like when Dick Davis first gave me my shot. How did we let our industry get so far off the reputation rails, and what, if anything can be done to fix it? This is a question that has bothered me for well over a decade, and I think it time we, as an industry, begin doing something about it.

When putting together the article involving biopharmaceutical industry CEOs for Life Science Leader’s 2018 annual outlook issue, one of the questions posed was around this topic. And as we didn’t have room to share all the responses in the print edition, we opted to include them here in our increasingly popular, Beyond The Printed Page online exclusive section of the publication. And while I hope you enjoy reviewing the responses, let it be known, this will not be the last you hear from me on this topic. For unless we decide to take an active role in becoming part of the solution, our reputation woes will remain a prohibitive problem.

WHAT SHOULD BIOPHARMA LEADERS BE DOING IN 2019 TO REPAIR THE INDUSTRY’S BROKEN REPUTATION AND IMAGE?

Nazli Azimi, PharmD, Ph.D., founder and CEO, Bioniz Therapeutics: I have watched the TV campaign series, GOBOLDLY, launched in 2017 by the PhRMA and liked it. It is certainly inspiring, truthful, and as the name implies, bold. It makes me feel good about what I do as a scientist/executive of an emerging biotech company. Further, it tells the story of what most of us are trying to achieve in this industry: bringing innovative medicines to help patients. And yet part of me feels uneasy watching this uplifting ad. While it is full of promise for the future, the ad comes short of repairing the damaged reputation of our industry, because it does not address the “Shkreli” type behavior. In the eyes of the public, there is no distinction between a true innovative biopharma company and the other sort; they are all evil! I believe it is very important to continue with the BOLD and HONEST campaigns to educate the public that a few bad apples do not ruin the whole bunch.

Tim Mayleben, president and CEO, Esperion Therapeutics: In 2019 and beyond, we need to put our words into action by coming together as an industry and with others across the healthcare system to address the drug pricing issue. Almost any other industry you can think of has greater transparency in pricing its products. For example, if you want to buy a car, there are countless apps, tools, and websites to provide information on what others have paid for almost any brand, model or year. This makes us feel we have more control and reduces the probability that we will overpay for a car. While buying a car is not nearly the same as buying life-saving drugs, we need a similar model of pricing transparency in our industry. This will not happen immediately and there are significant challenges. As leaders in our industry, we need to work now to overcome these challenges and to accept and act on the criticism around existing opaque pricing structures. The greatest long-term benefit of thoughtful, well-implemented pricing transparency is rebuilding trust with patients and payers and a greater understanding of and appreciation for the value of what we do as the innovative drug development industry.

George Nakayama, representative director, chairman and CEO, Daiichi Sankyo: In Japan, doctors, as well as pharmaceutical companies, are highly respected. It is fair to say that this great reputation is based on the public trust that doctors and medical researchers have built over centuries.

At the same time, we need to understand that one mistake or misguided decision can cause an instant collapse in public trust. To prevent such risks, we fully cooperate with regulatory authorities and ethical guidelines to ensure compliance, further improving transparency and providing accurate and fair balanced information to our stakeholders, including medical professionals.

A pharmaceutical company’s most valuable contribution is a safe and effective medication that improves and extends lives. We must continue to innovate, opening the path to new treatments for patients without options, and treatments that improve the standard of care. From there, we must continue to address unmet needs in developed countries and emerging economies and continue to carry out global initiatives that help improve medical access all over the globe.