What I Found Enlightening About ISPE's Annual Meeting 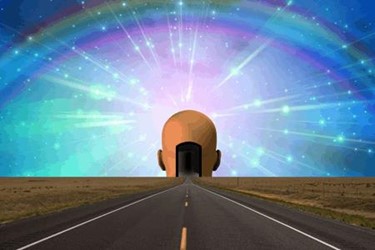 Have you ever attended a meeting and gotten the sense of being enlightened during someone’s presentation? I recently had such an experience at the International Society for Pharmaceutical Engineering (ISPE) annual meeting and expo in Atlanta, GA. But it was neither where I expected it, nor whom I expected it from (e.g.,, keynote speakers). Don’t get me wrong, Joseph Jimenez, Dr. Stephan Grupp, M.D., Ph.D., Nicole Pierson, and Fleming Dahl all gave fine and insightful keynotes. But my experience of enlightenment at ISPE occurred on the last day of this year’s meeting, in a rather lightly (disappointingly so) attended session.

ISPE Proves It Ain’t Over, Till It’s Over

I am always amazed how some of the best educational content often occurs on the last days of a conference. In the words of Yogi Berra, “It ain’t over till it’s over.” Admittedly, I have previously left shows before their conclusion. But thankfully this wasn’t the case for ISPE 2016.

On Wednesday, Sept. 21, I walked into the 8:30 a.m. Innovation Forum’s Sustainable Green Manufacturing track. Sitting at the front of the room were four speakers. Looking over my agenda, which for this session has three highlighted names from the likes of Pfizer and Amgen, I overheard a spirited discussion taking place among the presenters. One said to another, “This is not the 1960s,” which I believe was a comment directed toward Frank Gupton, Ph.D., a professor at Virginia Commonwealth University (VCU). I quickly stopped what I was doing, took a picture, and sent out a tweet in an effort to capture the moment. “Today’s discussion might be better than anticipated,” I think to myself.

After a brief introduction, the session begins with Gupton, the only speaker whose name is not highlighted on my agenda (perhaps because of my own personal bias in not expecting to gain industry insight from an academic). But I soon learn that prior to taking on his role as chair of the Department of Chemical and Life Science Engineering, Dr. Gupton had spent 30 years in the biopharmaceutical industry, working for Celanese, Hoechst, and Boehringer Ingelheim. “I was happily retired,” he states. “I got recruited out of retirement to come to VCU, and the pitch I will make to you is academia is a great second career — an opportunity to give back knowledge to those young chemists and chemical engineers who can get value from your industry experience.”

In his “second career,” professor Gupton has given TED talks and received grants totaling nearly $10 million from the Bill & Melinda Gates Foundation. The title of his talk was “Streamlining Pharmaceutical Processes: The ‘Medicines For All Initiative,’ a multidisciplinary project he is leading that seeks cheaper and more efficient ways to manufacture drugs. Gupton noted how the cost structure between a generic and patented drug is quite dramatic (see pie charts).

“When you think about the life cycle of drug, there is about an 18-month window to do process development on the API [active pharmaceutical ingredient],” he states. “Looking at the cost structure [e.g., API only making up between 5 to 10 percent], there is very little incentive to make improvements, as everyone is focused on getting the drug to market as quickly as possible. So the API process is locked down prior to when clinical trials start.” When you think about the approximate 20-year life cycle of a patented drug, a lot of great new chemistry is developed. “But the problem is, when you go for ANDA [abbreviated new drug application] approval for a generic, the criteria the FDA uses is equivalency,” he says. As such, generic manufacturers look to the major players in a particular drug market, and try to develop an equivalent product. “Generic companies are disincentivized from making changes to the process for fear they will not get an FDA approval,” he explained. “So this 20-year-old process, developed for a complex molecule very early in its development, with no incentive to reduce costs, is not only perpetuated over the entire branded life of the drug, but continues on into its generic lifecycle as well.” Imagine if other “innovative” industries applied a similar approach (i.e., develop a core structure very early in a product’s development and not change it for over two decades). Would we even have smartphones today?

In the world of business, the notion of developing a product, yet not refining it to be “new and improved” throughout its lifecycle seems foreign. While companies like Coca-Cola have “secret” recipes, they still continue to improve on the product (e.g., packaging, manufacturing, distribution). Shouldn’t the biopharmaceutical industry do so as well?

How Impactful Are “New And Improved” Processes For Old Compounds?

“What we did at the Medicines For All Initiative is to start looking at some basic principles and common sense ideas on changing the chemistry and doing yield optimization with some older compounds,” said Gupton. “In doing so, we looked at common solvents, reagents, and commodity-based starting materials in the processes, so we could drop the cost, reduce waste, and increase access to a lot of WHO-essential drugs.” The approach taken by his team allows them to “telescope steps,” eliminate unneeded operations, and improve yields. “What we do from there is develop both batch and continuous process modes so that we are agnostic with regard to the molecule manufacturing mode,” he stated. According to Gupton, just a 10 percent improvement in one HIV/AIDS drug would result in a savings of $75 million, and allow the Gates initiative to treat 150,000 more patients.

The first drug Gupton’s team investigated was Nevirapine, a compound for which he had developed the process while in industry. “It was the first nonnucleoside reverse transcriptase inhibitor approved by the FDA for people with HIV infections, and I was very proud of the process and thought we did a great job. But I was wrong,” he admitted. Gupton showed a slide of the first-generation Nevirapine commercial process. Consisting of six steps and 21 unit operations, the process has a yield of 59 percent. “Right now the cost of doing it this way is somewhere in the range of $135 to $225/kg of produced Nevirapine,” he stated. By making a few simple changes in the starting materials (a strategy that allows you to make a change without having to reregister the process), the Medicine For All Initiative (M4AI) team was much more successful, developing a process that was about one-third the size of the original and providing a 92 percent yield. “The finished product meets all the United States Pharmacopeia (USP) purity specifications for the drug, and the cost of the raw materials is under $60/kg,” he said. But here is what is really striking. The first generation process required about 58kg of starting material to produce 1kg of product. “The new M4AI process requires about 4kg of starting material to produce 1kg of product.” The team looked at other commercial processes too (e.g., Tenofovir disoproxil, an antiretroviral medication used to prevent and treat HIV/AIDS and chronic hepatitis B). “When we priced the cost of the asymmetric center that was being put in, it was about $600/kg,” he stated. “So I asked my students, ‘How can we do this differently?’” One of the students made a suggestion that led to using threonine, which costs about 15 cents/kg. “I thought, ‘How could that be?’” he said incredulously. Well as it turns, threonine is a poultry additive. “So basically were are making a molecule from chicken feed.”

Is It Time The FDA Start Incentivizing Process Improvement?

When Gupton concluded, I was energized and asked, “Why wait until the product goes generic before trying to improve the process? Could the FDA create incentives for companies to develop process improvements while the product is still branded?” Now I am not one to tout the need for more government or regulation. But things that spark innovation are constraints or incentives that drive companies to think differently. We have seen how various FDA initiatives on the discovery/development front (e.g., breakthrough therapy designation) have resulted in desired biopharmaceutical innovation. Could the same thing be done in the areas of process improvement, while a product is still branded? If not, why not? Imagine the positive public perception that could be created if a company was able to announce a drug-price reduction resulting from a process improvement. In response to my question, Gupton commented, “What amazes me is how companies that develop an innovation are willing to completely walk away from the product upon loss of patent exclusivity. Why aren’t branded companies spending that 20-year period applying some technical capabilities to improve the process, so once it goes generic, they’ve got the low-cost process to make the API, which is the big cost driver?” In discussions around the topic with some Big Pharma companies, the professor said, “They get it, but they are focused on developing new drugs. So I proposed for them to outsource it, as we’d be happy to do it.” Perhaps it took a second career for Gupton to understand the power of thinking differently, and I wonder how we can get industry to do the same. For if we always do what we’ve always done, we’ll always get what we’ve always got.