As I walked into a breakout session on Jan. 11, 2017, at the J.P. Morgan Healthcare Conference (JPM) in San Francisco, I couldn’t help but overhear a number of people discussing the latest negative news to hit the biopharmaceutical industry. In his first press conference as president-elect, Donald Trump slammed the biopharmaceutical industry for corporate inversions, overseas production, and yes — drug pricing too. And as is often the case during this annual event, the news spread like wildfire. Though the NASDAQ Biotechnology Index (NBI) declined 3 percent by day’s end, the tone of conference conversations remained confident, and in my opinion, rightfully so. Despite no biopharmaceutical executive wanting to end up on the wrong end of a Donald Trump tweet, there seems to be a strong sense of industry optimism. And why not, for we work in an industry focused on creating life-saving and life-improving therapies.

That being said, drug pricing continues to remain a very hot topic. For example, during at least three JPM breakouts on Tuesday that I attended, almost the exact same question on drug pricing was posed to three different biopharma leadership teams. During AbbVie’s Wednesday morning presentation, CEO Richard Gonzalez addressed the drug pricing issue proactively, announcing plans to raise product prices only one time during 2017, and to do so by only single-digit percentages. But perhaps most telling was the poise demonstrated by 2016’s most embattled drug-pricing CEO — Mylan’s Heather Bresch.

When asked what lesson she had learned from EpiPen price increases that placed her and Mylan under the media’s microscope, she replied, “That the pricing model has got to change.” Bresch went on to state that she thinks the change can’t be incremental and that it needs to involve truly rethinking the business model. She also gave her plan for Mylan to be part of the solution. I for one admire Bresch’s willingness to face the drugpricing heat head on. For she could have easily cancelled conducting a breakout Q&A, something one top-five Big Pharma seems to do rather consistently during recent JPMs.

Every year during JPM there are those who argue that the real action takes place outside the four walls of the Westin St. Francis (JPM’s annual host hotel). What cannot be debated, though, is this — the reason BioWeekSF (i.e., term used by the greater San Francisco biopharma community to refer to the time period surrounding JPM) exists is because of JPM, not in spite of it. And though there are plenty of worthwhile adjacent activities that have sprung up around, I prefer to spend the bulk of my time within JPM. After all, there’s so much to be gained if you just pay attention. 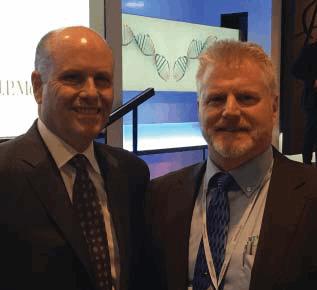