What Mylan Could Learn About Accountability 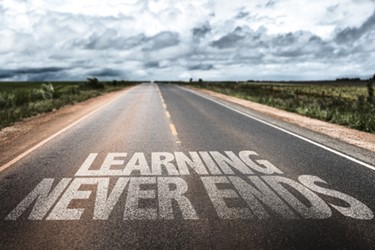 It was two years ago when all hell broke loose for Mylan. The cause of the chaos was a price hike on the company’s EpiPen, which just so happened to come during back-to-school time. The branded product, which it is estimated to cost about $30 to manufacture (maybe less), was then retailing for more than $600 for a two-pack. In response, Mylan came out with a generic version of the EpiPen that sold for just $300. This solution is something the company’s CEO, Heather Bresch, spoke about during a June 2018 CNN Podcast. A June 5, 2018 article in the Los Angeles Times has Bresch describing the EpiPen pricing scandal as “a defining moment” that left her a better person. Two sentences later, however, she paints herself as a victim, saying, “I wasn't going to be apologetic for operating in the system that existed. What I decided to do was put my effort and energy to … talk about what needed to be fixed.”

The Disease Of Self-Victimization

To me, self-victimization is an affliction where people blame just about everyone but themselves for their predicament. From my perspective, self-victimization is a disease currently infecting much of America — and it has been for years. For proof, just look at the warning labels on many of the products we buy every day. Cigarette packages contain a Surgeon General’s Warning as to the risks associated with smoking, while other products warn not to consume prior to driving or operating heavy equipment. I am sure you can think of numerous other examples. And it’s likely that many of these labels came about from a lack of personal accountability for poor decision making.

An August 27, 2018 article in the Wall Street Journal makes me wonder if self-victimization is perhaps a cultural phenomenon at Mylan. Here’s why. The article, EpiPen Wait Spurs Worries, notes how Mylan’s EpiPen has been in short supply since May. Though EpiPens are sold by Mylan, they are manufactured by Pfizer at a plant in Brentwood, MO. (It should be noted that a rival epinephrine injector made by Amneal Pharmaceuticals, manufactured by Pfizer at a plant in Kansas, is also in short supply). During an August 2018 earnings call with analysts, Mylan president Rajiv Malik stated, “Pfizer supplies to Mylan are inconsistent and inadequate in meeting global demand.” Seems one thing this company is good at is throwing a “strategic partner” under the bus; even in the WSJ article Mylan referred questions about manufacturing delays to Pfizer.

While there are plenty of excuses as to why the shortage is happening, what I find appalling is the obvious lack of accountability on the part of Mylan (and its executives) for not being able to adequately supply a product they have owned since 2007! Has no one at Mylan heard of secondary sourcing (i.e., having multiple companies capable of manufacturing a product)? But even more outrageous (to me anyway) is the reality that in today’s day and age patients aren’t able to purchase a life-saving treatment, even at Mylan’s over-inflated prices.

Remember, epinephrine has been around since the late 1800s. The fact that we (the U.S. biopharmaceutical industry) can’t seem to supply it sufficiently today is simply inexcusable! Further, considering a Mylan executive doesn’t seem willing to step up and be accountable for the company’s failure (and instead places blame on an outsourcer) demonstrates a void in executive leadership.

Could Mylan Learn From Facebook’s Scandal?

This year, Facebook was involved in a large data scandal. According to a whistleblower, Cambridge Analytica (CA), a political consulting firm that backed President Trump’s election campaign, gathered data from more about 87 million Facebook users. Though Facebook became aware of the CA breach of contract in 2016, the company didn’t seem to grasp the magnitude of the scandal until members of the media began asking for Facebook to comment.

How did the company handle the situation? Apparently about as well as Mylan has been handling its drug-pricing and manufacturing challenges — poorly. Facebook asked CA to delete the data and then failed to follow up to see if this had been done. Facebook also threatened to sue outlets reporting on the issue. Suffice it to say, these are not lessons Mylan should strive to model. However, when Mark Zuckerberg was called to testify at a House Energy and Commerce Committee hearing, he said:  “We didn’t take a broad enough view of our responsibility, and that was a big mistake. It was my mistake, and I’m sorry. I started Facebook, I run it, and I’m responsible for what happens here.” While this doesn’t fix the problem, Zuckerberg demonstrated accountability, something we should all expect (and respect) from corporate leaders.

But according to new research published in the January-February 2018 issue of the Harvard Business Review, saying you’re sorry isn’t enough. Because while apologizing demonstrates empathy/warmth, doing so beyond the first seven seconds of a customer-service interaction becomes a distraction. Instead, researchers suggest that employees focus on energetically and creatively exploring a range of potential solutions to the problem, which is what Facebook, Mylan, and Pfizer should all be doing. Because leadership studies have found that there is a trade-off between perceptions of warmth and perceptions of competence. For when it comes to leadership (and providing superior customer service), a little compassion is great, but  competence is king.