What To Know About Post-Grant Review And The Biotech Industry

Patent litigation can often be a costly, lengthy, and resource-intensive endeavor. Recognizing the frequency, duration, and potentially debilitating effects of patent litigation, Congress passed the America Invents Act (AIA) in 2011.

The AIA made several significant changes to United States patent law, including the establishment of post-grant proceedings before the Patent Trials and Appeals Board (PTAB) where patents have the potential of being invalidated in a much more efficient and expedient manner. In the five years since the AIA was enacted, two types of post-grant proceedings, Inter Partes Review (IPR) and Post-Grant Review (PGR), have become increasingly popular tools for biotechnology companies to resolve patent disputes.

CURRENT TRENDS FOR BIOTECHNOLOGY PGRs
A total of 10 PGRs have been filed in the biotechnology space. From 2015 to 2016 the number of PGRs filed in this space has more than tripled from two to seven petitions filed within the year, which is significant because the number of patents eligible for PGR (those with a priority date on or after March 16, 2013) are just starting to be issued in greater numbers. Some commentators (including judges) predict that PGR will continue to increase in popularity as the number of eligible patents continues to grow. Getting ahead of this trend and considering PGR as part of an overall patent strategy would behoove any company faced with patent disputes.

Currently, about one-fifth of all PGRs filed have been in the biotechnology space (1,600), making that the most popular field for PGR filings.

TYPES OF CHALLENGES IN BIOTECHNOLOGY PGRs
Perhaps not surprisingly, challenges to the written description of a patent, including enablement and indefiniteness, have been the most popular invalidity challenges in PGR petitions in biotechnology. When patents claim large genera of chemical or pharmaceutical compounds, questions can arise as to whether the patent adequately permits a skilled artisan to make and use all of the compounds claimed. These types of challenges are particularly suited to PGR challenges, especially when stakeholders are more interested in invalidating a patent based on written description and enablement challenges than traditional prior art challenges.

INSIGHTS FROM PTABs TO BIOTECHNOLOGY
Altaire Pharamceuticals, Inc., v. Paragon BioTeck, Inc. was a PGR filed on May 11, 2015, instituted on November 16, 2015 and decided November 14, 2016. In this decision, the PTAB held that the petitioner did not meet its burden of proof to demonstrate that the challenged claims were unpatentable. Therefore, the PTAB ruled in favor of the patent owner.

With more patents being eligible for PGR, we will likely see filings in this space continue to increase. If the trend in biotechnology IPRs is any indication of what is to come with PGRs, stakeholders need to be prepared to defend themselves if they are faced with a PGR or, alternatively to have considered PGR as part of their current patent strategy. 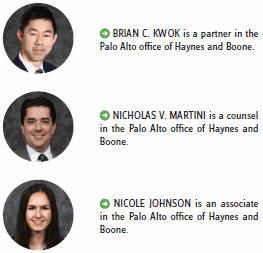 The opinions expressed are those of the authors and do not necessarily reflect the views of the firm or its clients, or any of its or their respective affiliates. This article is for general information purposes and is not intended to be, and should not be taken as, legal advice.