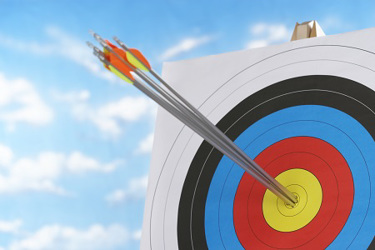 That comment was made to me over the phone late this summer, and it’s fairly easy to understand why someone would hold such sentiment. But as we officially wind down a year unlike any and all others, rather than revisit all that went wrong, let’s take a brief look at what went right. Because despite 2020 being a year many might want to forget, so much was learned that best not be forgotten.

The 2020 presidential election was filled with animosity. But let’s not forget that so too have numerous previous elections. But this year’s election provided us with some really positive takeaways. For starters, we had a record turnout of voters. And though half are unhappy with the final outcome, we can’t lose sight of the importance that a woman, for the first time ever, will serve as Vice President of the United States. Plenty of countries around the world have had exceptional woman leaders, some more than 100 years previous, so it seems high time that the U.S. too start capitalizing on what women have to offer in leadership roles. Don’t let your political affiliation minimize the fact that Kamala Harris becoming the first woman VP is a very big deal. This leads us to #4.

For years we’ve been talking about the importance of diversity and inclusion (D&I). Heck, when I wrote about it a decade ago, a reader responded sharing stories of D&I initiatives they were involved in back then. But tragedies in 2020 really helped bring this topic into much sharper focus, and as a result, we are finally seeing tangible actions taking place in industries outside our own. However, we should take pride in the fact that one of our industry’s most important organizations, BIO, has been leading the D&I charge well before 2020. Yes, it only launched its “Right Mix Matters” campaign in 2019, but I recall Ron Cohen, M.D., discussing D&I as a driver behind why one of the first things he did as BIO’s chair (2015) was to change the name from the Biotechnology Industry Organization to the Biotechnology Innovation Organization, as the latter better expressed the essence of what BIO member companies represent. Innovation in biopharma is so much more than just the bringing of new therapeutics to market. It’s the bringing of new ideas, new ways of thinking, and better ways of doing business. Speaking of new, 2020 saw the appointment of Michelle McMurry-Heath, M.D., Ph.D., as president and CEO of BIO. And while her predecessor, James Greenwood, a former U.S. Congressman, served admirably in the top spot for 15 years, McMurry-Heath’s appointment represents a sea change for BIO. Because as a trained biochemist, molecular biologist, immunologist and medical doctor who has worked where we’ve worked (i.e., academia, FDA and J&J), McMurry-Heath is one of us, and that makes her very relatable.

Prior to 2020, telecommuting (i.e., working from home) wasn’t an option for many workers. However, all that changed with U.S. lockdowns this year. It is estimated that 31% of workers who were employed in early March switched to remote work by the first week in April. Just think about that for a moment. For decades managers were skeptical that their employees could be successful working from home. Yet when remote work was the only option, most came through with flying colors. Like it or not, remote work in some form or fashion is here to stay, and that opens up a world of opportunities for employers and employees.

For many of us, 2020 provided some unbelievable challenges when it came to our families. However, it also provided us with a significant silver lining. Remote work combined with remote learning made for greater family connectivity. And sure, we didn’t always all get along. But we learned a lot about each other, and years from now we will look back fondly (hopefully) on the once-in-a-lifetime opportunity 2020 provided for our getting reacquainted with those who matter most in our lives.

1 – Biopharma’s Reputation Is Back

To say 2020 was the year of biopharma would be an understatement. Just one year previous, a Gallup Poll revealed that the pharmaceutical industry was the most poorly regarded industry in the eyes of Americans, ranking dead last on a list of 25 industries. For years we liked blaming our reputational slump on just a few bad actors, but there were plenty of questionable decisions to go around made by leaders in biopharma. But the pandemic provided our industry the opportunity to showcase what it is clearly capable of, and investors responded by pouring billions into the sector. As a result, hundreds of therapeutics for COVID-19 are now in the works. Having two vaccines available and being shipped in less than year is quite remarkable. Drug development efforts that had previously taken years took just months in 2020! It would be easy to say the shift in the sector’s reputational fortunes hinged on the success of the few (i.e., Moderna, BioNTech/Pfizer). However, the reality is it was salvaged by the scientific efforts of the many, as most of the research programs leveraged to fight the coronavirus were being pursued well before the outbreak even started. So, while 2020 may appear as the year when biopharma’s reputation woes were righted, let’s keep in mind; it took years to reach rock bottom, and it will take years of biopharma being consistent in actions (in a good way) for that positive reputation to stick. Let’s not squander the new lease on life we’ve been given in 2021.