When Does A Supplier Become A Partner?

Nobody wants to be a supplier these days; everyone wants to be a partner. It has become conventional wisdom that vendors only want your money, but partners want to succeed along with you. Come on, isn’t that what it comes down to? I’m working on the theory that plain language will unblock a discussion usually stalled by polite avoidance and euphemistic businessspeak. 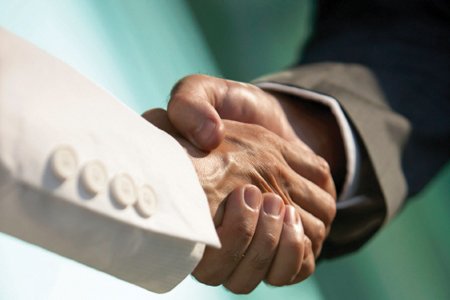 Actually, I am not that skeptical of the partnering concept as applied to CMOs, CROs or other entities that supply goods and services to pharma, biotech, medical device, and other life science developers. In fact, it grows ever more difficult to draw a clean line between companies that deserve the term partner and “mere” suppliers. When a drug-delivery maker teams with a drug company to reformulate and reconfigure a compound into a new product with superior attributes, is it only supplying a technology or taking part in a strategic alliance? But, ever the doubter (though I hope a healthy one), I keep thinking the industry’s use of “partner” is often indiscriminate and sometimes harmfully inappropriate. Beware of any term used universally as a marketing device by even the smallest vendor of widgets. Just doing business with a developer doesn’t make you a partner.

Technically speaking, a supplier is a business that cannot exist on its own. If you took away all the companies discovering and developing new products, how many CMOs or CROs would there be? Of course, the editor’s answer would be none, considering the word “contract” lies behind both acronyms. As long as the work is on contract, it is not partnering in the literal sense. Yet, if you relax the definition into a practical model, you start to see real differences between contractors who simply supply things and those who share their lives, fortunes, and sacred honor with their “clients.”

Defining A True Partner
Partner status must be earned. Applying — or claiming — the honorific, without good justification, devalues it. So what defines a true partner? Largely, it is a combination of what the organization brings to the table and how much of that it actually shares with the other party. Hidden agendas, procedures, consequences, and quality issues do not a partner make.

One test of partnership is what happens when the nominal supplier gets in trouble with regulators. By “when,” I mean before, during, and after a problem event such as a warning letter. Does the letter catch the client off guard? Was the client aware of recent inspections and any problems that arose? Is there a mechanism or interface by which the contractor and client share information and data on a frequent, ongoing basis — or are the contractor’s operations a black box from which the goods and services mysteriously emerge?

Another test can only be described with the word “sophistication.” Is the contractor thinking and operating at the same level of informed, strategic management as its client? Do the two parties share an equally refined view of the world — the social, political, and commercial environment that shapes their common fate? Picture yourself as a pharmaceutical executive walking into your CRO and discussing the pricing situation in Korea. Will people immediately jump in with knowledgeable comments and a sense of what’s at stake, or do you see nothing but blank stares. If it’s the former, you may have a partner; if the latter, it’s a supplier, pure and simple.

Not that there’s anything wrong with that! (A nod to Seinfeld fans.) It is actually quite okay to be a supplier. The world needs suppliers. It is a legitimate and honorable role. But here’s the rub: don’t claim to be one thing if you’re really another. You may set up expectations that you cannot meet and thus ruin what could have been a perfectly satisfactory business arrangement when you fail to deliver your end of the “partnership.”

Are Suppliers Really One-Stop Shops?
These days, the word for CMOs and CROs on this issue is generally good. At a recent industry meeting, R&D leaders from innovator companies of all sizes appeared to agree that the large manufacturing and research contractors had grown into such global, multifaceted, and sophisticated entities that they essentially functioned as partners and even peers. But as I noted in some of my recent tweets, the consensus at the meeting was that none of the supplier/partners offered “one-stop shopping” for everything the R&D people would expect or desire in a true peer.

The last point brings up another potential aspect of the partner definition: How equal do partners have to be? If parity in size or capabilities were a requirement, few partnerships of any kind would form. It is almost a good sign for the contractors that their clients willingly regard them as partners even without buying the one-stop-shopping sales pitch.

It would seem from what I just described, however, that only the big-boy contractors can aspire to partner status — that is, if it were not for the obvious asymmetries among players in every direction. A big boy to a brave little start-up with a novel pipeline could be small potatoes to a Big Pharma. The scale of a partnership can be appropriate to the scale of the partners. And there is nothing wrong with a Mutt-and-Jeff relationship if the chemistry is right; a tiny CRO may be just the ticket for a huge company exploring a niche area. Finally, even the largest contractors would not surrender claim to the smallest clients, and, generally, they all have systems in place to deal with the life science Lilliputians.

No, being a partner, or becoming one, has no absolute relation to size, degree of specialization, or range of capabilities. What is it, then, that defines a partner as compared to a supplier? Any fair definition will not stray far from an assumption of shared risk and responsibility. That means that suppliers become partners when they decide to understand, accept, and help manage the total set of circumstances that determine the success or failure of their clients.