Where Does Biopharma's Future Reside Beyond Boston And San Francisco? 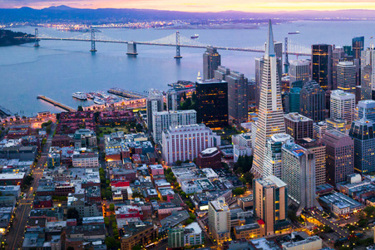 Two metropolitan areas tend to dominate the discussion when it comes to key biopharmaceutical industry hubs within the United States — Boston and San Francisco. And while these two cities have certainly earned their biopharma bragging rights over the years, one has to wonder how long that will continue. Afterall, just a few years ago biopharmaceutical executives noted it becoming increasingly difficult to attract top talent, as candidates cited “too crowded,” “too expensive,” and a host of other reasons behind their unwillingness to move to places like Boston and San Francisco. But does location (for many roles) even still apply? After all, so many biopharmaceutical industry employees demonstrated the ability to not only be highly productive during a pandemic but did so while working 100% remotely. Nevertheless, it seemed worthwhile to explore what other hubs biopharma executives are paying close attention as the next big opportunity.

What follows are questions and responses posed to biopharma CEOs taking part in Life Science Leader’s annual outlook issue that couldn’t be squeezed into this year’s article. We share them here via our increasingly popular online-exclusive section, Beyond The Printed Page, and encourage you to subscribe to Life Science Leader today.

WHAT NONTYPICAL BIOPHARMA INDUSTRY HUBS DO YOU EXPECT TO HAVE SIGNIFICANT GROWTH IN THE NEXT THREE TO FIVE YEARS AND WHY? 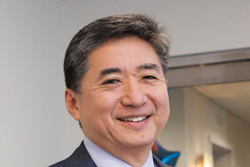 Denver, Seattle, and especially San Diego, with its proximity to Scripps and Sanford Burnham Prebys Medical Discovery Institute, are examples of nontypical hubs. Philadelphia is another, though eastern Pennsylvania always has been an offshoot of the New Jersey pharma corridor. As that corridor became less concentrated, much of its high-caliber talent and entrepreneurial expertise emerged in the Philadelphia region in startups like Spark, Tmunity, Carisma, Cabaletta Bio, and Passage Bio. Philadelphia is also home to high-profile academic and medical centers, including the University of Pennsylvania and Thomas Jefferson University, and is located close to the large pharmas of the northeastern corridor. 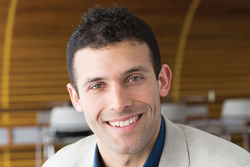 In light of the rapidly increasing sophistication and scale of the Chinese healthcare market, I believe a biopharma powerhouse will emerge in China. Cities like Shanghai, or other current technology hubs, will likely become the epicenter. The emergence would be driven by the continuing increase in expertise and the growing talent in China, as well as by government policies seeking to nurture and propel domestic players that can compete on a global scale. This could further reinforce the ongoing trend of increased innovation in China for biopharma and move dynamics toward a more global climate for healthy competition and innovation relative to the current U.S.-centric system. 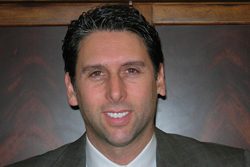 I would expect we may see hubs start to develop in warm, low-tax states. Texas and Florida come to mind first. Austin is an emerging tech hub. Houston has historically had a small biotech hub. Miami has had some generic manufacturing, and up the corridor between Miami and Palm Beach, there are a smattering of biotech companies. I think we will see this area grow. One factor pulling in this direction will be the shifting face and geography of finance. Hedge Funds are relocating to Florida and Texas in droves. Will private equity and venture follow? I imagine so. Companies tend to follow investors, and thus I would predict Texas and Florida will see significant growth. And I’ll add a wild card: If the U.S. government re-establishes the manufacturing incentives in Puerto Rico, then I believe San Juan could develop as a biotech hub as well.

WHAT COUNTRY, REGION, OR BIOPHARMA HUB DO YOU ANTICIPATE HAVING THE BIGGEST IMPACT ON BIOPHARMA IN THE NEXT 10 YEARS AND WHY? 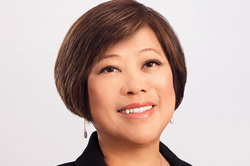 The U.S. and Europe are always going to be major players for biopharma, as they are the homes of many of the world’s leaders. China looks to be putting forth a concerted effort to really make an impact on the global stage, and with the support of its government, has been demonstrating these efforts over the past few years. As far as innovation is concerned, regulatory reforms, more access to financing, and clinical trial flexibility are all contributing to a friendly environment for Chinese biopharma companies. Before these new factors, China focused primarily on the generic drug market. But now, the Chinese government appears to be favoring innovative drug development, and the CFDA (China Food and Drug Administration) has created faster approval processes for drugs showing significant clinical value. Due to all these reasons, China looks to be the place to keep your eye on for major impacts in this industry. 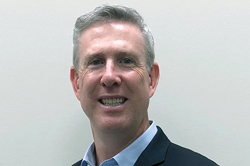 It’s a tough prediction to make, particularly during a sea-change that will affect how we work going forward. That said, I think innovation requires the intersection of ideas, initiative, capital, and skills. My hometown, Boston, has done incredibly well over the last decade-plus optimizing this recipe, and I do not see that ending any time soon. That said, there are a lot of other cities in the U.S. and abroad that have all the ingredients. For example, the San Francisco Bay and San Diego County areas have been hot beds of activity for many years. Philadelphia has a long history in gene therapy, as proven by the success of Spark Therapeutics. Switzerland has been incredibly successful with several of the world’s largest multinational biopharma companies calling Basel home. So, I can’t specify any one place, but in a world where remote working could become normal, even limited local availability of skills may not be the challenge it was in the recent past.