WHO Comments Signal Support For Compulsory Licensing In Pharma

The NIH recently made an unprecedented decision in granting the Lacks family some say in how the cervical cancer cells from the late Henrietta Lacks — the famed HeLa cell line — are used. A few months earlier, in May, controversy over ownership of a sample of the Middle East Respiratory Syndrome Coronavirus (MERS-CoV) erupted into a public spat involving the government of Saudi Arabia and Erasmus Medical Center in the Netherlands. In commenting, the WHO Director-General, Margaret Chan, demanded that labs not be allowed to profit from their work. 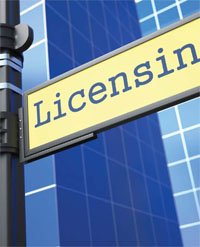 The underlying issue in both situations is the right to profit from scientific discovery. The ramifications of these incidents may affect not only the use of biological samples but also countries’ decisions to use compulsory licenses.

Developing World Unreceptive to Pharma Patents
The WHO appears suspicious of profitbased businesses. As Chan said in her WHO speech in May, “Many of the risk factors for noncommunicable diseases are amplified by the products and practices of large and economically powerful forces. Market power readily translates into political power. When public health policies cross purposes with vested economic interests, we will face opposition, well-orchestrated opposition, and very well-funded opposition.”

India, with a strong generic pharmaceutical industry, is particularly receptive to the notion of constrained patentability for pharmaceutical products. Earlier in 2013, India’s health ministry committee urged the government to exercise its compulsory licensing rights for Herceptin (trastuzumab). The Indian biopharmaceutical firm Biocon expects to complete Phase 3 trials of a biosimilar for trastuzumab this fiscal year, and Dr. Reddy’s Laboratories and Intas Pharmaceuticals indicate they may begin clinical trials soon. One year earlier, in March 2012, India exercised a compulsory license for Nexavar (sorafenib) by Bayer, which was subsequently produced by the Indian firm NatcoPharma.

When Roche relinquished its patent battles in India in August 2013, it cited India’s intellectual property environment as a key factor in that decision. Indian generics firms may see a boost from tight patent requirements and the exercise of compulsory licensing, but the results are chilling for innovators operating in India.

India’s success in exercising march-in rights has been noted by other nations. South Africa has an active campaign, spearheaded by the Treatment Action Campaign (TAC) and Médecins Sans Frontières (MSF), to remodel its patent laws after the Indian laws. In an August memorandum to the South Africa Department of Technology and Industry (DTI), TAC and MSF charged the lack of competitive markets in emerging regions enabled pharmaceutical companies to charge unaffordable prices that make life-saving medicines inaccessible.

“Although other BRICS [Brazil, Russia, India, China, and South Africa] countries like India and Brazil have utilized these pro-public health safeguards, South Africa is lagging behind and has not amended its patent law to incorporate or implement TRIPS [Trade Related Aspects of Intellectual Property Rights] flexibilities,” the TAC and MSF memo pointed out. It advocated a stringent patent examination process that “only grants patents on new drugs. If fewer secondary patents are granted, then more generic versions of medicines will be able to enter the market upon the expiry of compound patents, which will in turn drive down prices. Furthermore, when patents result in medicines being priced out of reach, actions that mitigate high prices, such as compulsory licensing, must be practically feasible to implement.” It called on DTI to “broaden the grounds and facilitate the procedures for issuing compulsory licenses.” Similar laws are enacted in China and are being planned in Argentina and the Philippines.

W. Murray Spruill, Ph.D., co-leader of Alston & Bird’s intellectual property patent proup and the leader of the law firm’s biotechnology, chemical, and pharmaceutical team, suggests these reactions are unrelated to Chan’s statements at the WHO meeting and that the willingness to exercise compulsory licensing rights in the United States is unlikely to change. “There was a lot of talk about compulsory licensing during the anthrax scare several years ago, but no compulsory license was granted in the U.S.,” Spruill says. “I don’t think it will be affected now.”

To exercise compulsory licensing in the U.S., the government must show that the company is not using the patent, the company is failing to meet a public demand, or the invention was funded partially by the government. The WHO agreement on TRIPS, in contrast, includes all patents.

The exercise of compulsory licensing in the EU is similar to that of the U.S. However, recent legislation allows a Europewide health emergency to be announced, with provisions to facilitate ordering vaccines for member states. Although the legislation does not address compulsory licensing, it does broaden the geographic scope of any actions. The EU Parliament says that, “Access to vaccines will be fairer, as they will be purchased at advantageous prices.”

Sample Ownership is Debated
Upstream from the patent issue lies the question of sample ownership. As Deborah Lacks, Henrietta Lacks’ daughter, says in The Immortal Life of Henrietta Lacks, “If our mother cells done so much for medicine, how come her family can’t afford to see no doctors? … People got rich off my mother … now we don’t get a dime. I used to get so mad about that …”

The issue with the MERS-CoV is only slightly different. Microbiologist Ali Mohamed Zaki, who uncovered the virus, says the Saudi Ministry of Health tested the sample for swine flu, then ceased testing. Zaki then sent a sample to virologist Ron Fouchier at the Erasmus Medical Center in the Netherlands for identification. The Saudi Ministry of Health says the sample left the country without permission, and disputes Zaki’s version of events. But, as Nobel Laureate Sir Richard Roberts, Ph.D., chief scientific officer of New England BioLabs, asserts, “It’s ridiculous to ban anybody from getting involved to help solve a disease.”

Saudi Arabia also claims viral identification was delayed three months because Erasmus Medical Center filed for a patent on the use of the virus’ DNA sequence and host receptor data. Other researchers point out that the virus sample is freely available and, in fact, has been analyzed by labs in many different countries. At that point, the WHO’s Chan entered the fray, forcefully telling meeting delegates that countries must not allow commercial labs to profit from MERS-CoV.

Yet, as Tilde Carlow, Ph.D., head of the division of parasitology at NEB, points out, “There must be some profit to drive R&D in our field. The consequence from not deriving profit could be really serious. There is an urgent need for new antibiotics, but because of the potential for meager profits, many companies aren’t interested.” Carlow predicts there will be a growing number of neglected diseases because of an inability to make a profit, thus hampering knowledge creation.

For-profit organizations aren’t necessarily getting involved in orphan diseases to make a profit, Roberts adds. “Some companies, like ours, have no desire to benefit financially, but instead want to solve a third-world disease.” For example, NEB became involved in lymphatic filariasis research some 30 years ago, before the WHO launched its own initiative in 2000. “Researchers at New England BioLabs are not interested in the commercial value of this research. We basically give away all the rights to anything we find here. We file patents, but do not charge licensing fees.”

Sample Sharing Guidelines Vary
The MERS-CoV flap illustrates confusion regarding the international rules for sharing samples, despite the pandemic influenza preparedness (PIP) framework the WHO developed to govern sample sharing. Under that framework, virus strains may be shared internationally with private companies as well as with public concerns. Countries sharing the virus receive equal access to the resulting treatments or diagnostics.

The guidelines for sample transfer and ownership vary, to some extent, by sample type. Within the Ocean Genome Legacy, which Roberts chairs, “There, the suppliers of the samples own the rights. With humans, however, it’s difficult to know who is the correct owner.” But, he points out, “Unless a researcher is there to isolate and characterize a sample, ownership doesn’t mean much.”

The question that remains is whether or how Saudi Arabia should benefit from the MERS-CoV. Nothing prevents it from developing diagnostic tests or therapeutics, either alone or in concert with other partners.

In the end, the spats regarding ownership of the MERS-CoV sample and the involvement of the Lacks family in determining who may use the HeLa cell line may be merely sideshows to a greater issue: the stance taken by the WHO and its perception of for-profit corporations. With the WHO’s tacit blessing, developing nations become more likely to tighten their patent laws and to exercise their compulsory licensing rights when they determine that medicines are unaffordable.