Why Data Is Fundamental To Drug Repurposing For Common Conditions 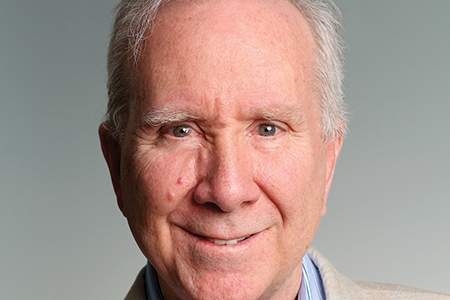 Despite the fact that 2018 has seen a record number of drug approvals by the FDA, the pressure on pharma firms to come up with new drugs and treatments has never been higher. And thanks to the monumental costs involved in gaining approval for a new drug, firms are always looking at ways to innovate more efficiently. Consequently, there has been an increase in drug repurposing.

Being able to repurpose a drug is a highly attractive proposition — if done well —because researchers already have access to an immense amount of data. There’s data on drugs that have been deemed safe for humans to use — including what diseases they target, what symptoms they address, and how effective they are — and data from trials and testing that detail side effects, possible contraindications, or drug–drug interactions. Researchers have access to known safety profiles and information about how a drug acts within the body. They also have information on how the drug impacts patient subgroups. All of this data not only helps improve the safety of patients during testing, it also improves the efficiency of the testing process.

Much of this data comes from failed drugs. Eightythree percent of drugs that fail Phase 3 don’t fail due to safety concerns but rather for economic reasons (i. e., not being cost-effective enough to bring to market), making them ideal targets for repurposing. As noted in a 2017 article in The Scientist, Bruce Bloom, CEO of nonprofit Cures Within Reach, points out: If repurposing can demonstrate the efficacy of a drug for a new indication, this can provide doctors with enough information to make an informed decision about off-label usage for patients.

One of the more recent approachs to drug repurposing involves conducting a deep-data analysis to identify how an existing drug affects common conditions experienced by patients with a specific disease. For example, a drug that failed Phase 3 testing overall could still have aspects that were successful, such as halting tremors inpatients. If researchers can understand why the drug managed to stop this indication, there is the possibility of generalizing this effect to other diseases that share that symptom. The key to making this approach feasible is data, and lots of it.

The reason the common-condition approach to repurposing holds such promise is because many diseases share key symptoms. Tremors, for example, can be a sign of several afflictions — from Parkinson’s, to MS, or even mercury poisoning. If, in our example above, researchers had a drug which overall failed to make it to market as a cure for MS but managed to halt the tremors, they could try to isolate the part of the drug that did so and see if it would have similar effects for Parkinson’s sufferers. The potential for such an approach is huge, especially when it comes to tackling some of the most common diseases, such as lower respiratory infections, heart disease, or dementia.

"In many cases, research isn’t even being saved on company systems; instead it remains stored on personal laptops or in electronic lab notebook (ELN) applications."

Another example comes from the world of viruses. To find a specific antiviral treatment for yellow fever, researchers drew on a chemical library of 1,280 compounds, which revealed 12 drugs that were active against dengue fever that could cross over as a potential antiviral for yellow fever. Analysis of why these 12 drugs are potentially able to help treat both yellow fever and dengue fever could reveal underlying commonalities. Once identified, these commonalities could be applied to other diseases with similar symptoms. This is particularly applicable in cases such as virulent pandemics where a cure for a new, highly communicable illness needs to be brought to market as quickly as possible.

DATA IS THE PROBLEM … AND THE SOLUTION

The challenge to successfully repurposing across common conditions is that it requires researchers to be able to cross-reference their findings against as many drugs, targets, and diseases as possible. Researchers need a variety and huge volume of comparable data, which calls for standardized data formats and structures. This is emphatically not the case in almost all pharmaceutical organizations, with researchers typically spending more time processing and making data workable, rather than actually using it. Today, researchers and scientists spend approximately 80 percent of their time on preparing data, i.e. cleansing, integrating, and formatting various data sources to make it usable. This is somewhat to be expected given pharma firms have thousands of researchers spread across the globe, working on different projects, with different tools, and in different languages.

In many cases, research isn’t even being saved on company systems; instead it remains stored on personal laptops or in electronic lab notebook (ELN) applications. Scientists also use data from other partners and sources (e.g., academic institutions, publicly available data from regulators and medicines agencies, CROs). Without addressing this data sprawl, common-condition repurposing becomes significantly more difficult. Because of this, pharmaceutical organizations need ways to de-silo, collate, and format these huge data reserves into systematically searchable repositories while still allowing researchers to work in a way that they feel comfortable with. Considering how much data even a midsize pharma firm generates, this is an enormous undertaking. Indeed, the volumes of data involved should preclude any sort of manual effort as it simply wouldn’t be time- or cost-effective. Instead firms need to look toward automation, in the form of machine learning, for help.

As we see this industrywide drive toward greater adoption of AI and machine/deep learning, the ability to collate and contextualize data becomes particularly important. The success of these automated efforts in drug repurposing projects will rely heavily on the quality of data used to “teach” algorithms. No matter how well-designed an algorithm may be, it can still only operate with the data it is given, and thus, even the best AI can fall victim to the GIGO (garbage in, garbage out) principle. Therefore, so far, many companies are getting frustrated with their AI efforts. Multiple data-management barriers are precluding them from seeing the insights from AI that they expected. If we are to realize the potential of repurposing for common conditions, we must enable and empower the use of data “for good.” After all, repurposing for common conditions could be the key to unlocking a raft of major new cures for debilitating illnesses — allowing firms to do huge amounts of good while also radically reducing costs.