Why 2017 Is The Year To Watch Biosimilars

The U.S. pharmaceutical industry entered 2016 with one biosimilar, Sandoz’s Zarxio (filgrastim). Now, approaching 2017, the U.S. has seen the arrival of its newest biosimilar on the market, Pfizer’s Inflectra (infliximab), as well as the approval of its third (etanercept) and fourth (adalimumab) biosimilars. The EU, which currently has 20-plus biosimilars approved, continues to see marketing authorization application submissions and varying levels of biosimilar uptake among its member countries. According to GPhA CEO Chip Davis, biosimilars have been deemed the top growth driver for the pharmaceutical industry in 2017. But there’s still a long way to go before the industry sees widespread uptake of biosimilars. As such, stakeholder education to build confidence in these treatments remains a primary goal for the industry in 2017. In addition, the complexity of the legal landscape and the payer system, specifically in the U.S., will be prime challenges facing companies planning to bring a biosimilar to market in the upcoming year. From a policy and political standpoint, the biosimilar industry promises to be anything but dull in the year ahead. Six biosimilar industry experts told us why. 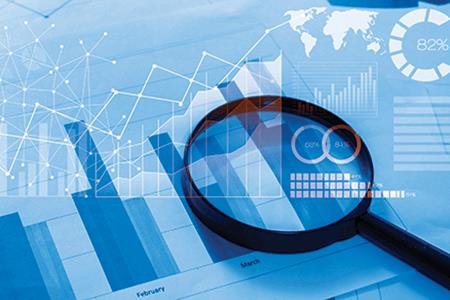 What biosimilar trends should companies be paying attention to in 2017?

"We fully expect to see growing acceptance of biosimilars, driven by increased competition, the emergence of real-world experience, and the availability of additional data. For example, results of the NORSWITCH study [a two-year Phase 4 study conducted in Norway] delivered outcomes from the first randomized controlled trial to compare the effect of switching from the originator product Remicade (infliximab) to the biosimilar Inflectra. The NOR-SWITCH study adds to the weight of evidence regarding the ability to switch stable patients to Inflectra. Further questions about switching patients from an originator to a biosimilar still need to be addressed, but this evidence will help build provider and patient confidence in biosimilars in 2017 and the years to come."

"In Europe, hospitals and healthcare systems are increasingly interested in gainsharing, in which the savings seen from biosimilar uptake may be shared between payers and hospitals, or within departments. I believe we will see more gainsharing efforts across Europe as these systems look to save healthcare costs and better leverage those savings to patients."

"The payer dynamics in the insulin space are indicative of a changing attitude toward innovation and biobetters. A major part of innovators’ strategies is to develop next-generation versions of their products. These efforts ensure that a biosimilar of the existing product is obsolete when it comes to market. However, CVS’ choice to eliminate Lantus and the next-gen Toujeo from its 2017 formulary signals to companies they have to show their new products confer significant medical benefits that justify the higher costs."

"In 2017, companies will attempt to differentiate their biosimilars through pricing strategies, delivery devices, and new formulations. Players will likely focus efforts on improving auto-injector pens and making formulation changes that could be handled within the 351K pathway."

"On the legal front, the biosimilar industry will continue to address the issue of the 180-day notice of commercial marketing. Currently, biosimilar makers are required to wait 180 days before launching their biosimilar products after receiving regulatory approval. Apobiologix and Sandoz have each petitioned the Supreme Court, which has delegated the case to be reviewed by the solicitor general. The Supreme Court will likely wait for the solicitor general’s opinion before deciding to take these cases. I expect in 2017 we will continue to hear more about the progress of these cases toward the Supreme Court, as this 180-day wait for market release is a barrier to savings for companies and providers"

"As sponsors make concurrent submissions to the U.S. FDA and the European Medicines Agency (EMA) for monoclonal antibody biosimilars, it will be interesting to see how regulatory requirements evolve. It might be the case that some sponsors will be able to obtain approvals based on similarity assessments of quality attributes, in turn, enabling future entrants to develop new biosimilars using smaller and smarter clinical development programs."

Will Company Size Matter In The Biosimilar Market?

Today, the biosimilar industry comprises a wide mix of players, including small pure-plays and biotechs, and big-name brand companies boasting expansive biologics portfolios. The U.S. and E.U. have both seen great developments from smaller companies well on their way toward regulatory submissions and approval. But, in the U.S. in particular, the first four approved biosimilars are emerging from the pipelines of bigger brand companies Sandoz (Novartis), Amgen, and Pfizer. Even Basaglar, the follow-on biologic to Sanofi’s Lantus, is expected to be launched this month by Boehringer-Ingelheim and Eli Lilly. The predominance of large companies in the biosimilar market raises some concerns to Alex Kudrin, currently an independent biopharmaceutical consultant, who previously held positions with Celltrion, the Medicines and Healthcare Products Regulatory Agency (MHRA), and Takeda.

“The biosimilar industry is taking the shape of an oligopoly favoring a few large players that are capable of making substantial investments in manufacturing and clinical development,” Kudrin argues.

Indeed, larger companies possess greater financial resources, as well as extensive experience in the biologics manufacturing space. These companies also boast a large, global presence, which can serve as a benefit when facing regulatory demands for clinical trials requiring considerable pools of patients.

According to Kudrin, embracing abbreviated clinical development programs with biosimilars will encourage success for a wide range of companies. “Transforming the regulatory pathways so emphasis is placed on fingerprint-like similarity will reduce the size of clinical studies, as well as development costs,” Kudrin describes. “In turn, the biosimilar market will see a more diverse range of companies, greater competition, and improved supply chain security.”

As the market grows larger, it’s also likely the industry will see more partnerships. Oncobiologics CEO Pankaj Mohan homes in on the list of biologics facing patent expiration in the next 10 to 15 years. “The increasing number of potential candidates will not only challenge companies financially, but will strain development and manufacturing capacity,” Mohan explains. Moving into 2017, companies will need to expand chemistry, manufacturing, and controls (CMC) capacity in order to prepare for the second and third wave of biosimilars on the market in 2022, 2023, and 2024. Mohan expects biosimilar makers will accomplish this by establishing partnerships, or through acquisitions.

“It will be more beneficial for companies, both large and small, to work as a team,” says Mohan. He also expresses hope more generics players, currently sitting on the sidelines, will jump into the biosimilar space as blockbusters reach their patent expirations.

Pricing, Commercialization Coming To A Head

It’s impossible to have a conversation about biosimilar pricing without referring to Norway’s infamous 70 percent discount for Remsima (infliximab). Indeed, it was this stunning discount that helped the biosimilar win over 90 percent of the infliximab market share in Norway.

Despite the success of biosimilars in Scandinavia, most countries — and especially the U.S. with its nascent biosimilar market — are far from implementing such extreme discounts. Sandoz’s Zarxio and Pfizer’s Inflectra were released to market with 15 percent discounts, though U.S. payers have said they expect a 30 percent discount when companies come to the negotiations table. This is in line with pricing in Europe, where discounts fall within the 30 to 40 percent range.

However, there are a few well-known voices already telling the biosimilar market to brace for Norwegian-style biosimilar pricing to come to the U.S. Both Novartis CEO Joe Jimenez and Sanford Bernstein Analyst Ronny Gal have predicted impressive — and daunting — 75 percent biosimilar discounts.

But Thomson Reuters’ David Dunn asks the million-dollar questions: “Will that steep of a discount be sustainable? Will companies really be able to make a business out of biosimilars if high discounts become the norm?” The pharma industry is already experiencing intense pricing pressures from payers, politicians, and patients. As Dunn describes, a 15 to 20 percent discount might not provide enough motivation to payers to switch patients from their favorite brands.

Dunn expects larger manufacturers, with more financial security, as well as more established brands, currently stand a better chance at competing in the pricing battle. “Innovators can implement multiple marketing strategies and still retain revenue and maintain market share,” Dunn explains. A well-established brand carries a lot of weight, and patients are loyal to these brands. “This loyalty puts real pressure on smaller biosimilar developers to approach and work with payers to get past the brand loyalty barrier to biosimilar adoption,” said Dunn.

Over the past few years, biosimilar makers have faced the technical challenges of developing and manufacturing biosimilars. There have also been challenges establishing the regulatory framework, especially in the U.S. “There’s obviously still work to be done on the pathway,” Dunn acknowledges. “But testing the regulatory framework will not be the challenge of 2017. We’re now moving into the world of commercialization.”

Markets To Watch For Biosimilar Growth

When asked which markets, besides the U.S. and EU, would be growth markets for biosimilars in 2017, the experts left no stones unturned. The countries on their radars include Canada, Australia, South Korea, Japan, the Middle East, and the BRICS nations (Brazil, Russia, India, China, and South Africa). According to Oncobiologics’ Mohan, the BRICS nations will become major players in the space because of the great need for affordable biologic treatments, as well as their large populations.

Apobiologix’s Lydeamore also made a convincing case for the Middle East. There are some differences in terms of how countries approach biosimilars and generics. But Saudi Arabia, in particular, is a branded generics market, so companies market their generics to doctors to garner prescriptions. As Lydeamore explained, “Marketing biosimilars in this country is similar to marketing generics through physicians there, so, as a company, we feel particularly comfortable moving into that space.”

But the market that drew the most interest this year is China. Known for its process innovations, the country has proven to be a key market in the generics space. But, according to Pfizer, the space is ripe for biosimilar growth in 2017. Pfizer’s Cheryl Schwartz described how the country has introduced a series of reforms encouraging the pharma industry to tackle the rise in noncommunicable diseases and an aging population. This was one of the reasons the company is at work on a new global biotechnology center in the country.

Similarly, as Dunn describes, China also boasts a large, increasingly affluent population, and the use of biologics in the country is on the rise. “I’m interested to see the role Chinese manufacturers will play in the biosimilar market,” offered Dunn. “I have no question Chinese manufacturers have the capabilities to enter the biosimilar space. But that’s a decision they need to make. Are they going to capitalize on those capabilities? Are they going to become suppliers to the rest of the world, or are they going to stay within China?”

Interchangeability: A Global Question In 2017

In 2015, Australia’s Pharmaceutical Benefits Advisory Committee (PBAC) made the momentous decision to recommend biosimilar substitution at the pharmacy level. But elsewhere, interchangeability remains an unclear regulatory standard. For one, the U.S. is still awaiting guidance from the FDA, which is now expected sometime before the end of 2017.

In Europe, the EMA has left it open to member states to establish their own interchangeability guidelines. However, Biogen’s Alpna Seth expects to see this evolve over the next year. She notes the EMA’s dedication to releasing guidance on naming and labeling, much like the FDA. “As more biosimilars are approved, and there is more confidence in their use, I believe we will begin to see member states further outline guidelines for switching patients from an originator therapy to a biosimilar,” said Seth. For example, she homes in on how some regulatory agencies, for instance, Finland, have provided guidelines to help physicians as they switch patients from originators to biosimilars.