Why Pharma Is Seeking A New Type Of BD Leader 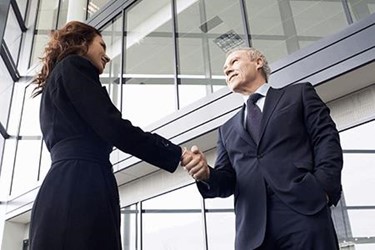 Early last year I had a call with the Global Head of Business Development and APAC (Asia Pacific) Regional Head of Human Resources at a major biotech group. Once initial pleasantries were exchanged the first words from this executive were "Rob, we're looking to hire a scout ASAP to lead business development in Asia."

He explained that the position was Head of Business Development (APAC), but they didn't want the typical candidate. Instead, they were seeking someone with deep domain expertise, an ability spot high-potential, a capability to build an exceptional network across R&D, VCs, new industry players, and innovators. The biggest emphasis was on spotting early-stage technologies. The job required someone technical who could really understand new technologies at a microscopic level; someone highly analytical and intuitive.

Scouting in business development terms is really about understanding the minutiae of a market, spotting opportunities at early stages to partner with, or acquiring new therapies and technologies. Scouting has always been a part of the business development role, but this really marked a shift in emphasis, and a pattern of BD leadership-level hiring would ensue.

That was the first of four such senior "scouting" hires I was involved in during 2016, one for a pharma company, two in medical devices, and one in biotech. Two were based in Singapore, one in Shanghai, and the other in Hong Kong. I am in the midst of another based in China as I write this in early 2017.

In three of the four hires the successful candidates had an R&D background in the first part of their careers. Two out of the four were Ph.D.s and all went to tier-one schools in the U.S. or U.K. All four candidates originated from the region (two Singaporean and two Chinese) and all had the required fluent Mandarin and English. Incidentally all four were male (as were most of the unsuccessful candidates) highlighting an area still lagging behind other departments in terms of equality.

PREPARE TO PAY UP FOR THIS NEW GENERATION OF BD SCOUTS

In previous years when hiring business development leaders, the requirements were usually relevant experience, M&A knowledge, ability to run large projects, market knowledge, and an MBA from a good school. These skills are still in demand but now coupled with more technical knowledge.

This type of technical skillset is scarce in Asia and has had an all too predictable inflationary effect. The candidates know they are in demand, so any enticements to leave their current positions must be significant, often including a much higher wage.

The fixed salary increases of the four hires were 14 percent, 26 percent, 33 percent and 37 percent. Three of the four involved paying expatriate packages, two required significant unvested shares buyout, and one had a generous sign-on bonus to secure the deal.

These hires are expensive but clearly considered a critical asset in staying ahead of the competition.

For example, the use of additive manufacturing (AM) is increasing in the med-tech industry. AM offers the potential for better patient access to life-changing medical devices and lower supply chain and production costs. The med-tech industry already accounts for close to 20 percent of the AM market.

Another is mobile health (mHealth), which is changing the way healthcare is delivered, improving patient engagement, and simplifying payments.

Of course, there is always artificial intelligence (AI), which has a huge potential for impacting healthcare. Asia is determined to be at the forefront of the AI evolution. Extensive research is carried out in China, Japan, South Korea, and Singapore. In China, there are more cited papers on AI than in the U.S.

Asia's expanding research capability, availability of investment, and booming innovation centers make the scouting capability a critical skillset to have when involved in collaborating or acquisition opportunities. One of the biggest problems encountered is the cultural barrier that creates a resistance to share innovation and knowledge with other Asian countries — let alone the rest of the world.

Possessing the cultural and language capability to break through these barriers, form partnerships, and commercialize opportunities is imperative. This is not an easy thing to do and takes time, patience, and trust.

INTERNAL ROTATION TO ASIA FOR BD PROFESSIONALS HAS SHARPLY DECREASED

While international relocation within global companies is higher than ever before, the demand for a different type of business development skillset has seen international relocation to Asia for BD professionals drop off. This is down to the points highlighted above such as cultural and language expertise, higher technical capability, strong network, and country knowledge are not skills likely to be found internally in the US, Europe, or elsewhere other than Asia.

Out of the four leadership hires I previously mentioned, only one was hired from outside Asia. That candidate was working in Canada for the last 3 years but was Chinese with the bulk of his career and network still in Asia. This candidate was the exception rather than the rule and was the only individual to make the shortlist based outside of Asia on any of the four BD hires.

WHAT DOES THIS SHIFT IN SKILLSET MEAN?

The demand for a higher technical background and ability to scout new technologies really represents a shift in the type of business development leadership hires we've been involved with in previous years. It also suggests what we will likely see in the Asian market in 2017, as the future is likely to emphasize smaller acquisitions, early-stage partnerships, and licensing.

Of course, larger M&A activities across the industry will still occur; McKinsey, KPMG, EY, BSC and Goldman Sachs all anticipate an active 2017 for M&A across the life sciences and healthcare segments. Activity among China/Hong Kong and India will continue to be high, and emerging markets such as Vietnam, Malaysia, and Thailand will experience growth.

The shift in the type of skillset required in Asia shows companies see the innovation happening in growth markets such as China, Korea, and India as scalable and high in ROI value. They want to be at the forefront of these opportunities and be able to tap into new innovations. But to do so requires a new technical understanding that traditionally wasn't part of the scouting teams.

Hiring a new type of "Super Scout" to lead business development efforts seems to be the way forward across a number of segments including biotech, diagnostics, oncology, and medical devices.

Robert Hall is based in Hong Kong and is the managing director of Ardent Search, an executive search firm focused on hiring leaders across life sciences and healthcare throughout Asia.