As he walked through the former home of Ben Venue Laboratories, Niels Lynge Agerbæk didn’t see the previous failures the facility had endured. No GMP violations. No recalls. No FDA-required supervision of drugs in critically short supply. Agerbæk saw only the “good bones” of buildings with lots of potential. He also saw a way for his company, Xellia Pharmaceuticals, to get its products to market faster than if they were to build a much-needed facility from the ground up. “We needed additional capacity to get our products to market.” 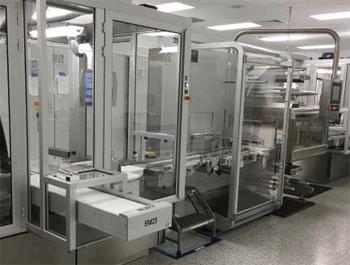 Resuscitating a previously used facility is not an easy — nor an inexpensive — task. “There are a lot of unknowns when you start up a facility like this. You shouldn’t do it if you are coming from a cost-saving perspective,” says Agerbæk, Xellia Cleveland’s general manager. The company purchased four of five buildings that once made up Ben Venue Laboratories in Bedford, a suburb of Cleveland. (The other building at the site houses Hikma’s West-Ward Pharmaceuticals.)

Despite the risk of finding costly construction or equipment problems, Agerbæk and his colleagues have been pleasantly surprised by the conditions of the facility and how well it was maintained during its closure. While the site lay dormant, its owners kept a skeleton crew of maintenance workers on-staff until it was sold. “We are upgrading sterility to bring it to the highest necessary level, and there have been no major downsides.”

"There are a lot of unknowns when you start up a facility like this."

Agerbæk and his team are one year into a two-year plan to bring the plant, which was closed in 2013 and now operates under a modified consent decree with the FDA, back into compliance and again begin manufacturing operations. Xellia got one step closer to that goal in November when the company received clearance from the FDA to begin packaging and distributing its drug products at the facility.

Xellia is a specialty pharmaceutical company that mainly produces injectable treatments for serious and often life-threatening infections caused by multidrug resistant strains of bacteria. The U.S. market represented 40 percent of the company’s sales in 2015, and demand for Xellia’s products is growing. “The two years required to bring the old facility back online is about half the time it would take to build one from the ground up,” Agerbæk says.

Once operational, Xellia Cleveland will be one of the largest sterile drug manufacturing facilities in the country. Agerbæk’s current team of 107 employees is expected to grow to 170 by the time production begins in 2018. The Bedford site will be the second U.S. facility for the Denmark-based company, which already has its U.S. headquarters in Raleigh, NC.

A FACILITY’S NEW LIFE
Agerbæk, who has been in charge of production facilities in Denmark and China, is well-suited to lead the painstaking work now going on in Bedford. Once the renovations are complete, he says, the facility will be indistinguishable from a brand-new one. “We are treating everything as if we are building it from scratch.” All equipment goes through commissioning and validating as if it had just arrived at the facility. Any equipment that doesn’t meet the highest current standards is replaced. Even the buildings’ plumbing and electrical systems have been regenerated. “We are not taking any shortcuts,” he says.

Xellia is not taking any chances, either. It has been working very closely with the FDA, which first closed the facility owned by Boehringer Ingelheim (BI) in 2011. The plant was run by BI’s CMO, Ben Venue Laboratories. Numerous quality and GMP violations led to the closure, but critical drug shortages resulted in a January 2013 consent decree and limited manufacturing under FDA supervision. BI invested $350 million to improve the facility but decided in late 2013 to shut it down because of the difficulty in bringing it back up to standards. It sold the entire facility to Hikma, a Londonbased pharmaceutical company, in 2014 for $300 million. Hikma has kept the R&D center and its staff for its own drug development operation.

Xellia’s long-range goals include contract manufacturing and expansion of its own product line. That means every system must be flexible enough to accommodate planned expansions. Xellia has already seen interest in the opportunities provided by the future facility from existing customers, as well as new prospects.

A COMMUNITY’S HOPE
The physical structures at the Xellia Cleveland site are not the only things being rebuilt. The community of Bedford was devastated when the Ben Venue plant closed and 1,100 people lost their jobs. Xellia has not only breathed new life into buildings it acquired but also has brought back jobs to the community. It has also brought a new sense of purpose to the employees, especially those who worked at the site under its previous owners. “Everyone in the community is really excited to see this place come back to life,” says Cheryl May, head of environmental health and safety and security at the site.

May began working for BI in 1998, and she helped decomission the plant in 2013. Later, she worked for Hikma. Today, May says her job is exciting and that neither the community nor the plant’s current employees focus on the past. “To be able to be a part of bringing something back to life has been an amazing experience. Something that was terrible for this community, hopefully, will be something fantastic for it in the future.”

By the time the FDA enters into a consent decree with a company, trouble has been brewing for some time. A consent decree is essentially a court order the agency turns to after numerous and repeated GMP violations or deficiencies. A consent decree is signed by the head of the company, the US Attorney, and the appropriate US District Court. It is filed with the court and submitted to the FDA. A consent decree spells out the steps the company will voluntarily take to rectify its violations and name a third party to verify that these measures have indeed been taken. In some cases, the decrees allow the company to continue to make and sell their products under FDA supervision. This was the case with Ben Venue Laboratories until it shut down in 2013. Xellia announced in April 2016 that it had entered into a modified consent decree with the FDA that detailed the parts of the facility that would have to be upgraded in order for the facility to resume operations. In November 2016, after a successful cGMP inspection, Xellia Cleveland received notice from the FDA that labeling and packaging of products from other sites could take place at the facility. Once the terms of the decree are met, Xellia Cleveland will also be free to commence manufacturing operations.