Will India Be The Downfall Of The U.S. Biopharma Industry? 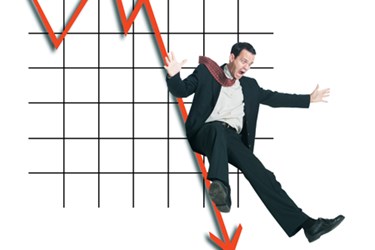 In September 2014, Gilead announced a generic licensing agreement with then seven India-based generic pharmaceutical manufacturers to increase access to Hepatitis C treatments in developing countries. And while this looks like a voluntary approach, given India’s history of “government-enabled IP theft” (e.g., Novartis), most likely Gilead leadership envisioned Sovaldi would suffer the same fate as Gleevec/Glivec. Honestly, was anyone really surprised in January of this year when India opted to wield its weight by rejecting Gilead’s patent on Sovaldi? Perhaps Gilead felt compelled to try to proactively play ball with India to avoid getting the proverbial IP shaft, and yet they got the shaft anyway. But as Gilead is learning, India’s apparent we-do-what-we-want approach regarding biopharmaceutical IP protection may be having a ripple effect throughout the rest of world. For example, less than a month after the India decision, Gilead found itself facing a Sovaldi patent challenge in Europe, followed by China opting to reject Gilead’s patent on Sovaldi in June. And while the global community cheers the prospect of getting their cures cheaper, U.S. citizens look on and wonder if they are being gouged on price.

According to American economist and director of the earth institute at Columbia University, Jeffrey Sachs, not only are Americans being gouged, but Sovaldi is the drug that is bankrupting America. Sachs questions how Gilead can charge $84,000 for a drug that costs less than $300 to produce, especially when you consider Sovaldi’s patent (at least the one that is protected within the United States) extends until 2028. Of course Gilead has to cover the high price of R&D, but Sachs estimates that when you factor in the NIH’s involvement in Sovaldi’s development, private investors probably spent $300 million in R&D over the course of a decade, a cost that was recouped by Gilead within just a few weeks of sales in 2014. Sovaldi seems to represent the best and worst of the U.S. health system. “It represents the best of U.S.-produced science, and the government’s support for it,” Sachs writes. “Yet Sovaldi also shows how publically financed science easily turns into arbitrarily large private profits paid for by taxpayers.” Sachs believes the challenge facing the U.S. is the adoption of a rational drug-pricing system that continues to spur excellent scientific breakthroughs while keeping greed in check. I agree.

This past May I suggested the Pharmaceutical Research and Manufacturers of America (PhRMA) needs to get better at managing the message, and instead of focusing on protecting innovation and jobs, concentrate on lowering drug pricing. Personally, I believe that when we the people of the United States pay too much for our meds, we as a country are inadvertently subsidizing the lack of biopharmaceutical innovation coming from other countries. Consider this interesting fact. In June 2013, Cadila Healthcare became the first Indian pharmaceutical company (ever) to have a new chemical entity (NCE), Lipaglyn (diabetic dyslipidemia), discovered, developed, and approved in India.  The press release notes that Cadila will have a 20-year patent for the drug across the globe. Hey FDA, how about a little turnabout in fair play? Imagine the uproar if the IP protection for Lipaglyn in the U.S. was rejected.

Death Of Biopharma Being “Made In The U.S.A.”

The bottom line is India’s biotech and pharmaceutical industries (nearly 80 percent of which is related to the manufacture of branded generics) are expected to grow at 20 percent per year over the next five years — built on the back of U.S. biopharma innovation. Even more galling than the fact that Americans are overpaying for their branded medications, is the fact that those cheap generics we so cherish are increasingly being manufactured by a country that is willing to take our hard-earned money as well as the best of our biopharma ideas. If we want rational drug pricing in the U.S., we must be sure to take into account an IP protection policy that protects our innovative biopharmaceutical companies at home and abroad. Failing to do so may result in biopharma becoming the latest American industry to no longer be able to sport the label “Made in the U.S.A.”