Roger Newton still remembers the day in November of 1997 when he tripped over a pile of books in a Borders Bookstore in Ann Arbor, MI. He looked down on a back cover of one of the books to see the words: “Don’t let your company kill you.” He turned the book over and saw the title of Robert E. Quinn’s book, Deep Change: Discovering the Leader Within. His life and career would never be the same.

When Newton met with Quinn two weeks later, he had already been contemplating leaving Warner Lambert/ Parke-Davis due to an unpopular reorganization. He had been working there for 17 years and was the codiscoverer and product champion of Lipitor, the best-selling prescription drug ever. “My working situation reached the point where I couldn’t do the science I loved to do,” he explains. What Newton hadn’t decided was what to do next. The conversations with Quinn made it clear that it was time for him to move on and start his own company. “He turned me inside out to see what I was made of, asking me very deep questions about myself. In the end, he said ‘I think you are ready to move on, and you’re ready to do something greater than what you have done before.’”

In July of 1998, eight months after meeting Quinn, Newton started Esperion Therapeutics. He did so with Quinn’s teachings in mind, vowing to run a positive organization as opposed to a conventional one that is hierarchical and fear-based. It was a professional rebirth that Quinn says is more common than you might think. “In the process of answering those deep questions, something happens to a person. They finally face the truth about their frustrations and decide to take the risk of moving forward,” says Quinn, who is cofounder of the Center for Positive Organizations (CPO) at the University of Michigan’s Ross School of Business. Quinn is also a pioneer in the field of positive organizational scholarship.

CPO’s mission is to inspire and enable leaders to build high-performing organizations that bring out the best in people. Quinn says that is possible when a company’s stated purpose is to make a positive difference in the world. The purpose must be clearly stated, shared by employees, and be the basis for all decisions made by leadership. “It leads to a very different philosophy, one based on confidence rather than on fear.” Employees also must feel valued, heard, and supported. Quinn writes about the positive impact of this service mentality on companies and their employees in his blog. 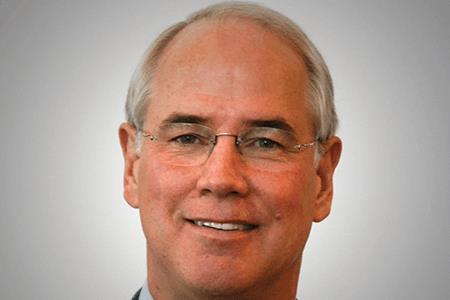 "First, you will die a slow death if you stay in a situation where you can’t do what you love to do. Second, you must be able to walk naked through the garden of uncertainty."

Roger Newton
Founder of Esperion Therapeutics and codiscoverer of Lipitor

GIVING BACK
Newton vowed that one day he would do for others what Quinn had done for him. Today, he fulfills that promise as an executive in residence at the CPO and has spent two years giving lectures, counseling students, providing scholarships for students with financial needs, and working with faculty and staff on a three-year strategic plan for the center. Over the years, Newton continued to turn to Quinn for his advice and counsel. Following 9/11, the nation experienced an economic downturn. In March 2002, Newton was forced to lay off 25 percent of his workforce. Quinn and his colleagues conducted workshops for the remaining employees. “They came in and helped me rebuild the company.” Newton also says he is indebted to Quinn for his willingness to give his time, energy, and knowledge to help make Esperion a success. “He never asked for anything in return,” Newton says.

"Newton found himself sitting in a newly renovated, state-of-the-art, 60,000-square-foot research facility in Plymouth Township, Michigan, alone except for a security guard."

In 2003, five years after starting Esperion, the company published a study that showed its drug, ETC-216, successfully reduced the plaques that cause heart disease. Those findings were the impetus for why Pfizer paid $1.3 billion to purchase Esperion in 2004. It was the largest payment for a Michigan-based biotech company at the time. It was seen as a largely defensive move to protect torcetrapib, a drug that also raised HDL (the good cholesterol) and had combined with Lipitor to extend its patent life. The combination’s failure led to a loss of $1.2 billion and the shutdown of Pfizer’s R&D operations in Michigan (see our article on Michigan’s life sciences industry in the April 2017 issue). Among the 2,400 people who lost their jobs were the 60 people working at Esperion.

STARTING OVER
Newton found himself sitting in a newly renovated, state-of-the-art, 60,000-square-foot research facility in Plymouth Township, Michigan, alone except for a security guard. In May 2008, he negotiated with Pfizer to buy back the Esperion Therapeutics name and two patents so that he and his “sweat-equity team” of eight people could work together again. At the same time, he was part of a public/private partnership that worked together to buy the newly refurbished building from Pfizer, which later became the Michigan Life Sciences and Innovation Center. “Esperion 2.0” became MLSIC’s first tenant, moving into the building in October 2008 — two weeks before the U.S. economy crashed.

Making it through the recession was a challenge, but the new Esperion did not just survive, but has thrived, graduating from MLSIC four years ago. The company is now headquartered in Ann Arbor, MI, and has its first product, bempedoic acid, in Phase 3 clinical trials.

Newton, who now serves as scientific advisor and board director at Esperion, says what he learned from Quinn helped him to both start and restart Esperion. More importantly, he is proud of the company and its achievements. “What we accomplished with a small, productive team of talented and inspired people was remarkable.”

Newton says he has learned many lessons during his 35+ years in the industry, but he now shares his experience with new entrepreneurs at the CPO. He reminds them that it takes more than bright ideas to raise the money needed to start and grow a company. “I invest in people first and their technology second,” he says. Newton also tells them that they must have mentors, build diversified teams made up of talented people, and have a focused entrepreneurial vision. “You have to have passion, meaning, and purpose for what you do every day to create a positive business environment where your colleagues can thrive in their work and grow personally and professionally.”

To read more about Roger Newton and how he helped keep pharmaceutical jobs in Michigan, check out the article "State Funding Fuels Michigan’s Life Sciences Industry" in our April 2017 issue.