New Focus On Abortion Could Result In Government Shutdown

August is a strange time in Washington, D.C. Tourists in pink t-shirts, “I Love DC” visors, fanny packs, and tube socks still mill around the National Mall. But the professional political class has departed for the beaches, mountains, and anywhere else they can find a respite from the bickering, conniving, and scheming that defines the city, and by extension, the country. The grand marble halls of Congress are ghostly quiet, and in the evening those who remain can enjoy the echo of cicadas as twilight turns to black.

That tranquility belies a brewing storm that may shut down the government in October. Like the last government shutdown, it is deeply rooted in healthcare policy.

Two years ago, Senator Ted Cruz (R-TX) and the anti-establishment wing of House Republicans championed a fruitless effort to defund Obamacare implementation through the appropriations process. But that attempt was blocked by the then-Democratically-controlled Senate and resulted in a 16-day government shutdown.

Republicans eventually blinked. They lacked the 60 votes in the Senate to pass the bill, let alone the 67 to override a certain presidential veto. More importantly, they soon realized that the botched launch of Obamacare was a far superior thing to highlight than closed national parks and administration rhetoric musing on the ability to honor sacred government obligations should the shutdown continue.

This year, a government shutdown may occur due to the release of six ghoulish, undercover videos by the Center for Medical Progress depicting top officials of Planned Parenthood cavalierly negotiating the price of harvested fetal baby organs. Republicans are intent on depriving Planned Parenthood of the nearly half-billion dollars of federal funds it enjoys in the budget and Democrats are equally committed to ensuring those funds continue to flow.

Like many Americans, I don’t identify with strident voices on either side of the abortion spectrum. As the healthcare legislative assistant for a pro-choice Republican in the 1990s, it took me about two weeks to hand off the entire abortion issue to a young and eager legislative correspondent because I could not stomach meeting with advocates on either side of the issue.

Yet, I was struck and horrified by the videos of Planned Parenthood executives negotiating the price of intact fetal organs over salads and a glass of pinot noir. They described how an abortion procedure could be altered to ensure sound delivery of the brain, heart, and liver or even “intact fetal cadavers,” as Melissa Farrell, director of research at Planned Parenthood Gulf Coast Texas, put it. These procedures would yield extra revenue for the Planned Parenthood clinic — and in the case of the Gulf Coast office about $120,000 a month.

Hundreds of thousands of Americans shared my horror and disgust as they watched video No. 5 showing Planned Parenthood staff lamenting that fetal baby parts were not readily available at that moment because they were thrown in a bin, and that, “We had a really long day, and they’re all mixed up together in a bag.”

Defenders of Planned Parenthood have attacked the purveyor of the videos for its agenda and “heavily edited videos,” but often denied even viewing the videos. White House Press Secretary Josh Earnest claims he has not seen the videos so cannot comment. Really? It’s only the most controversial domestic issue afoot and the press secretary can’t take the time to view a YouTube video? That is not plausible.

Sensing a shifting tide on the issue, Hillary Clinton, an ardent supporter of Planned Parenthood, called the videos “disturbing.” That is a politically safe statement.

CONGRESSIONAL ACTION
Just before adjourning for the August recess, the Senate voted on a motion to defund Planned Parenthood. With a vote of 53-46, the measure failed to garner the 60 votes needed to overcome a Democratic filibuster.

But the primary order of business in September is funding the government, and Congress has failed to enact any of the 12 appropriations bills to fund the various agencies. The House passed six, but none have yet been considered by the Senate. This means that Congress must pass an omnibus appropriations bill — funding the entire federal government — or more likely a “continuing resolution” funding the government under current policy and at current levels. This creates a tempting vehicle to remove $500 million in funds from the besmirched organization.

With Congress away, focus has turned to emerging Republican presidential candidates who have almost uniformly demanded a defunding of the organization through a showdown on funding the government.

Before Congress adjourned, a House bill to defund Planned Parenthood quickly garnered 164 cosponsors, and Speaker Boehner’s spokeswoman said the House will “of course” vote on the measure.

It comes as no surprise that the White House has threatened to veto any bill defunding the organization. A bill is unlikely to get that far. With the exception of Senators Manchin (D-WV) and Donnelly (D-IN) voting with Republicans, Democrats say they will continue to filibuster, arguing an attack on Planned Parenthood is an attack on women. Sen. Kirsten Gillibrand (D-NY) told The Blaze that although she has not seen the videos, “anyone who wants to defund Planned Parenthood wants to defund healthcare for women across the United States.” 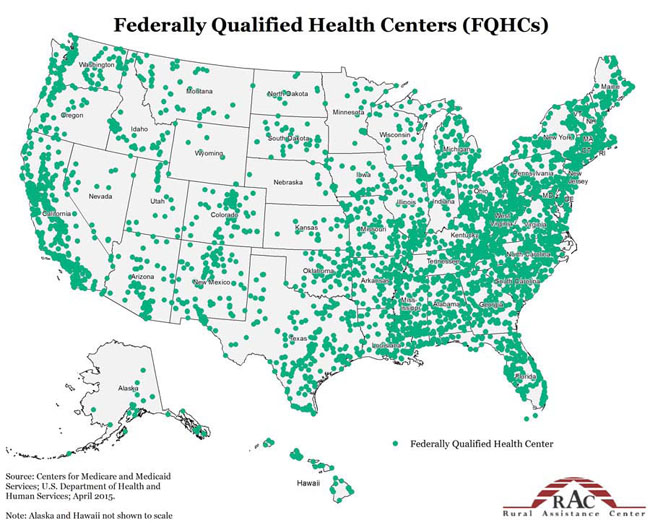 DEFUNDING PLANNED PARENTHOOD DEFUNDS WOMEN’S HEALTHCARE?
Defund women’s healthcare? The “war on women” argument lacks merit and has received too much airtime. How does withholding taxpayer dollars from abortion clinics result in the end of cancer screenings and birth control? The Supreme Court’s landmark Roe v. Wade ruling allows for abortion; it doesn’t require taxpayers to subsidize the primary organization performing it.

Even if turning off Planned Parenthood’s taxpayer spigot would result in the closure of every clinic, women can continue to receive free birth control and cancer screenings at any of the country’s 9,000 community health center locations. Community health centers served 23 million people last year. They are ubiquitous and clearly accessible across the United States. (See above map.)

Planned Parenthood supporters also equate a vote to withhold federal funds with a vote against lifesaving medical research. To be sure, fetal tissue research has produced some significant discoveries, including vaccines and treatments for HIV, flu, hepatitis B and C, and eye diseases. The National Institutes of Health supports fetal research and spent $76 million on it in 2014.

But the value of legally obtained fetal tissue for medical research is not at issue. Defunding Planned Parenthood would not end fetal tissue research, just as it would not terminate birth control or cancer screenings.

The Democratic Leadership would disagree, and their insistence to prop open the doors of Planned Parenthood may not only prompt another government shutdown, but could very well set the stage for another Supreme Court battle with states alleging federal government coercion with Medicaid. In response to Alabama, Louisiana, and New Hampshire’s recent actions to terminate Medicaid provider agreements with the maligned organization, the Obama Administration has warned that blocking funds may conflict with federal law.

The Centers for Medicare and Medicaid Services (CMS) reminded the states of 2011 guidance on the issue explaining that states may not exclude providers from Medicaid solely on the basis of the range of medical services they provide. CMS said states could exclude providers only under certain circumstances, such as when providers commit fraud or certain criminal acts.

The fall is shaping up to include back-to- back standoffs with the Oct. 1 deadline to fund the government, and predictions that the U.S. will hit the debt limit just a few weeks later. The outcome of either process is anyone’s guess right now, but the reawakened abortion debate could take center stage.

House and Senate leadership and the White House insist there will not be another government shutdown and we will not default on our debt. However, recent comments by all parties make it difficult to imagine a smooth path forward.

It is possible Congress narrowly avoids a shutdown. But, after the dust settles on yet another showdown, where will Washington find the bipartisan goodwill to push through the next round of debt-ceiling negotiations?

Lindsay Bealor contributed to this article.