This is the first in a two-part series on value-based healthcare. In Part II, Life Science Leader will look at value-based models used to determine the price of drugs.

The U.S. spends more than any other developed country on healthcare, yet ranked 34th out of 163 countries surveyed as part of Bloomberg’s 2017 Global Health Index. Despite the fact that we are obviously not getting what we pay for when it comes to healthcare, what we pay is expected to keep rising. The U.S. CMS reports that healthcare expenditures in 2015 were 17.8 percent of GDP, estimating a rise to 20 percent of GDP by 2025. Enter value-based healthcare, a concept introduced 11 years ago as a way of improving the health outcomes achieved from that spending. Today, a host of factors — including regulatory reform, rising costs, increasingly personalized medicine, and public demand for higher quality — have combined to move value-based healthcare from theory to inevitability. And, with the CMS reporting that prescription drugs account for 10 percent of our nation’s healthcare spending, leaders in the pharmaceutical industry are among the stakeholders being called upon to participate in the transition from volume-based to value-based healthcare.

“The old way of doing things was focused on sales and marketing strategy and tactics to compete and drive sales,” says George Serafin, national managing principal of Grant Thornton’s Health Care and Life Sciences practice. “Value-based healthcare is really the premise that you are focusing more specifically on patient outcomes and, for the pharmaceutical industry, the value that your drug is providing from an efficacy and safety perspective.” The high cost of healthcare, as well as public outrage over drug pricing as exemplified by the 2016 EpiPen controversial price increase, are calls to action for the pharmaceutical industry, Serafin says. The 2015 Medicare Access & CHIP Reauthorization Act (MACRA) made the transition to value-based care official, he adds. That’s because MACRA changes the formulas that determine the way providers will be paid from volume-based to performance-based. Starting in 2019, the Merit-Based Incentive Payment System goes into effect. Providers will either gain or lose as much as 4 percent depending on their 2017 performance relative to peers, adjustments that will grow to as high as 9 percent by 2022. And that’s a good thing for healthcare consumers, says Elizabeth Teisberg, cocreator of the idea of value- based healthcare strategy. “We’ve changed the conversation. People are no longer only talking about what do things cost, but are paying attention to what are we getting for what we spend and whether we are helping people,” says Teisberg, who is also executive director of the Value Institute for Health and Care at the University of Texas’ Dell Medical School. Fifteen years ago, Teisberg says, the presumption was that all healthcare was good, and the care people received in the U.S. was better than anywhere else. “We now know that’s not the case. Some of the healthcare you get in the U.S. is the best you can get in the world, and some of it is not.” Increasing quality — as measured by outcomes — while reducing cost is at the heart of value-based healthcare and something, Teisberg says, the pharmaceutical industry has been analyzing for a long time. “They talk about pharmacoeconomics, and they are always asking themselves about the benefit of the drugs they are making relative to the cost of them. So, this is not a foreign approach for pharma, but it’s important for us to start asking the question: ‘What are the results being achieved for the money being spent in the delivery of healthcare overall?’”

The pharmaceutical industry has more expertise in addressing questions of value than most in the healthcare industry because it is an industry focused on the collection of large sets of complex data, implementing protocols that improve outcomes, and measuring those outcomes. “Value in healthcare is created when someone’s health improves. It is defined as the outcomes achieved for the money spent. You tend to get improvement in what you measure. So, if we are measuring the outcomes that patients achieve, we are more likely to improve that.”


The gathering and analysis of real world data (RWD) — generated during and after treatment — is something large drug companies are already good at and something that the pharmaceutical industry can contribute to the healthcare industry as a whole as it goes through this transition, Teisberg says. Pharma leaders like John Wise agree. Wise is the executive director of the Pistoia Alliance, a global nonprofit whose members include life sciences companies, vendors, publishers, and academic groups that work together to facilitate innovation in R&D. Alliance members already collaborate on precompetitive projects, sharing data and results aimed at moving the field as a whole forward. This is the kind of collaboration within the industry necessary to make value-based healthcare delivery a reality, Wise says. “Achieving the transformative impact of RWD requires companies to collaborate and ensure representation of this data in a ‘common language’ — to guarantee benefits for patients and payers alike, and facilitate safe, private, and sharable data that can ultimately deliver value-driven benefits across the board.” The Alliance has set up a group to look at the development of such an RWD platform that will enable the shift to value-based healthcare delivery worldwide.

Collaboration between pharma and other sectors of the healthcare industry is also necessary. BIO’s New Jersey affiliate is hosting its second annual Beyond Value Frameworks Workshop in December 2017. Members will hear from patients, regulators, payers, providers, and lawmakers. The idea is to facilitate cooperation among all stakeholders in the healthcare system. “The pendulum is swinging in the direction of collaboration,” says Debbie Hart, BioNJ’s founding president and CEO. Last year’s inaugural workshop was intended to provide information, tools, and strategies for understanding and helping to shape value frameworks. The topics discussed included the importance and impact of engaging patients early on in the drug development process and incorporating patient preference, RWD, and long-term health improvements into pricing models. “Although the transition is happening slowly, payers are increasingly basing reimbursements on the quality of care provided, not just the number and type of procedures or medicines prescribed.” 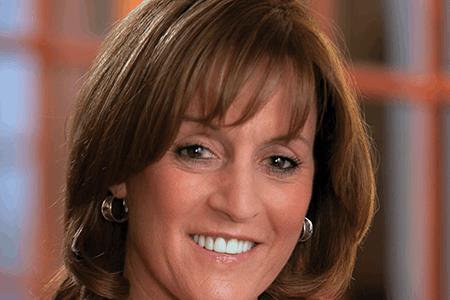 "Most of this interest has been too focused on only one aspect of healthcare costs – the cost of biopharmaceuticals – causing us to lose sight of how all aspects of the system work together."

According to Hart, the focus on drug pricing has been disproportionate to the contribution of prescription drug costs to the overall cost of healthcare. “As part of this transition, there is an increased interest in understanding how to measure value. Yet, most of this interest has been too focused on only one aspect of healthcare costs — the cost of biopharmaceuticals — causing us to lose sight of how all aspects of the system work together.” Teisberg agrees that value is created holistically by the combination of efforts, pharmaceuticals, and other treatments. In value-based care, a person with diabetes will no longer receive disjointed care from a list of providers, including a primary care physician, endocrinologist, cardiologist, and dietician. Instead, the individual will receive care from an interdisciplinary diabetes team that might also include a pharmacist, diagnostics technician, physical therapist, and mental health professional. Care will be bundled in this way for a whole host of conditions, Teisberg says. The price of the pharmaceutical, then, will be paid within the bundle by the medical team. And decisions about which therapies, drugs, and techniques to use will be made by the team — by the experts working with the patient. This model isn’t new. For example, bundled care and bundled prices have been used for years for patients who need organ transplants, Teisberg says. “Offering integrated care solutions — or care bundles — eases the transition to team-based payment. Paying for solutions aligns healthcare with its purpose of helping people.”