Challenge breeds creativity, and a fresh example of that has emerged in Germany’s Ruhr Valley, with the company Abalos Therapeutics and the unique funding model that supported its launch. Abalos recently closed a €12 million Series A round led by a collaboration of academic, regional, and industry supporters. It is a model that befits Europe and contrasts significantly with the venture capital world that propels U.S. biopharma startups.

For decades, I have heard the familiar refrain about the presumed dominance of the United States over Europe in biopharma innovation. What I have observed over time, however, has been more like a closely run horse race. Europe and the U.S. have repeatedly traded the lead in R&D productivity since the mid-1980s when cries from the U.S. side of a “drug lag” with Europe prompted an extensive overhaul of the FDA. Yet in that same time, the U.S. biopharma sector has obviously flourished and filled pipelines with its plenitude of VC. Startups in Europe still face a more austere environment and play a less visible role than their U.S. counterparts.

Abalos CEO Marcus Kostka has a close knowledge of the European environment as a veteran of Boehringer Ingelheim and numerous smaller companies in Germany. Kostka has a blended background in both the science and business of biopharma. Beginning as a molecular biologist at BI, he was director of external innovation when he left eight years later to begin his walk on the entrepreneurial side. His service in management led him to the investment side, where he worked in one of the key organizations of the group that ultimately supported his current company in its quest to apply arenavirus as a vector for cancer immunotherapy.

That organization is the Boehringer Ingelheim Venture Fund (BIVF), which joined the regional group Gruenderfonds Ruhr to lead the Series A financing. “If you’re interested in a potential new model for capital investment in Europe, what we have is quite interesting — an investor consortium,” Kostka says. “It started with Gruenderfonds Ruhr, a small seed fund covering the Ruhr Valley region, and it ultimately attracted another regional fund, NRW Bank, and the largest German seed fund, High Tech Gruender Fund, together with the corporate venture fund of Boehringer Ingelheim. The investors gave us the freedom to work on our therapeutic concept, generate data, and optimize the arenavirus for patients.”

Abalos has used the funds to conduct a range of research activities to prepare its candidates for clinical development. But the collaboration model extends beyond funding. “This is not only the combination of corporate venture and seed funds, it is also a collaboration of a biotech company with university researchers,” says Kostka. “We are closely collaborating with scientists at University Dusseldorf and University Duisburg-Essen. We have project teams, and the two professors, Karl Lang and Philipp Lang, also oversee the science. The universities will get something back — we pay for the work including overhead, of course, and they will get virtual company shares for participating in the commercial success.”

Industry-academic collaboration is standard practice in the U.S. but traditionally limited in Europe. That could make the Abalos deal with the two universities a significant step forward. Universities bring cash-equivalent value to the table in the form of their already completed research and built-in resources.

“On one hand is the IP and the experience of a university on top of the lab space and so on. On the other hand, universities have much to learn from us because we have additional experienced people for research and for manufacturing, which you typically don’t do at university. We bring the more strategic view, complemented by the board members, who come from science and academia, but also from the corporate side.”

Not that the Abalos-university initiative has sparked a stampede of German or European companies into industry-academic collaborations. This one began mere months ago, of course — hardly enough time to start a revolution. Yet there may be good reason for Europe’s caution. Even in the U.S., where CEOs commonly sport lofty academic titles and pitch their discoveries to VCs, the results are most often disappointing because of, well, biology for the most part. Most of the candidate drugs fail in overall drug development and never reach commercialization.

The Harvard community stands out as an achiever of multiple lab-to-product successes by academic-company collaborations, with Stanford and various UCs still serving as major crossroads of biopharma science and industry. Kostka and his management team may have an edge here in having straddled both sides of the academic-industry divide and understanding what each one can give the other.

“Our university-based founders are experts in their science, but they are not experts in spinning out companies and have no experience with that. So there was also a steep learning curve for our two founding scientists, from contracts to IP. But they bring what they learn back to the university, which now has a team eager to push spinoffs out from the universities because, at their clinical hospitals in Dusseldorf and Essen, they’re doing great science. I hope this is an inspiration for other new companies to use this model.”

Are some aspects of the model represented by Abalos advantageous compared to the hotbed of innovation in the United States? Kostka believes one advantage may be the emergence of smaller seed funds in Europe. “Of course, there is a huge difference in the money available in the U.S. and the relative lack of money in Europe. But it’s not all about money,” he says. “On the downside of the huge investors, it is difficult for them to fund small enterprises still in early research. They would like to have a ‘bigger ticket’ and then go as far as possible in clinical studies. Here, we have a very small investor team, but they really know the environment, and they are close to the founders. In this community, company founders feel comfortable taking their new ideas to the seed funds first. That let us start a bit earlier and generate additional data to confirm, hopefully, the proof of the concept.”

Among traditional VCs, especially in the U.S., there is a tendency to push the company toward an exit so that the funders can get some money back. This new model attracts expert investors who take a more long-term view. “Our investors trust the company and the leadership team to do our best for the concept, and then if it really flies, the business success will follow,” Kostka says. “It also gives us the time to ask certain questions about the therapeutic concept and carefully evaluate every development decision.” 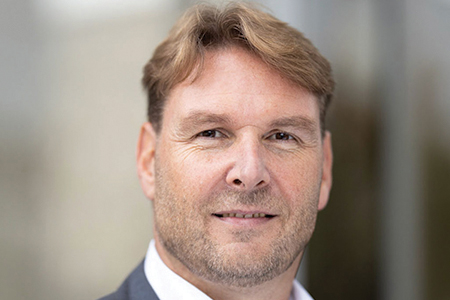 "Here, we have a very small investor team, but they really know the environment, and they are close to the founders."

The contrasts between the U.S. and European economic systems raise another question: Is unbridled pricing, the kind traditionally reserved for orphan drugs, essential to biopharma innovation? Most industry CEOs west of the Atlantic would likely answer yes. However, Kostka has a more nuanced take. “I do not see in Europe or Germany pricing policies preventing innovation,” he says. “There is also an ongoing debate about pricing in Europe, but it is more a discussion of how effective a drug is and whether the healthcare system can pay for it. I do not see this preventing biotechs and pharmas from investing in new, innovative concepts where there is real medical need.”

Major pharmas are highly profitable, and that profit comes after paying for R&D, so Europeans tend to see unlimited prices as unnecessary and unsustainable. The notion seems antithetical to the traditional public health mission of the pharmaceutical industry, which seems to remain strongest in Europe, the industry’s birthplace.