A Name Change — And More — For A Biotech

“I didn’t come in to make changes to a business plan just for the sake of change. But in absence of a plan, I provided one for the organization,” says Maria Fardis, Ph.D., MBA, CEO of Iovance Biotherapeutics, Inc. This is how Fardis explains her mindset a year ago when she joined Iovance, a biotechnology company developing novel cancer immunotherapies based on tumor-infiltrating lymphocyte (TIL) technology.

With over a decade of experience in clinical trials and drug development, some of Fardis’ past positions included COO of Acerta Pharma and chief of oncology operations at Pharmacyclics where she oversaw development of Imbruvica (ibrutinib). She says she starts any drug development program with the goal of getting a drug approved. “When you leave your house in the morning, you don’t just drive and see where you end up; you drive with a purpose,” she says. “All organizations should know where they are going and how to get there.”

For Fardis and the management team at Iovance, that sense of clarity was being muddied by the company’s previous name, Lion Biotechnologies. “The word ‘Lion’ didn’t really define us as a company or the advancements we had made with our TIL technology,” she explains. So, nine months into her tenure at Iovance, Fardis and the team began the process of changing the company name.

WHAT’S IN A NAME?
A brand-development agency along with the company’s internal legal group and management team spent approximately three months working through the creative process of selecting just the right name. Fardis explains that it was important the name not duplicate other company names or translate into anything offensive in other languages. Most importantly, the new name needed to convey the company’s advancements in immuno-oncology (IO). Iovance’s TIL technology is designed to address the manifold obstacles that attenuate the natural anti-tumor immune response. Dr. Steven Rosenberg at the National Cancer Institute (NCI) initially developed this approach, also known as adoptive T-cell therapy. Iovance’s lead-product candidate is an autologous, ready-to-infuse cell therapy that has demonstrated efficacy in the treatment of metastatic melanoma. It is also being explored in squamous cell carcinoma of the head and neck, and cervical cancer. Additionally, TIL therapy technology is potentially applicable to other solid tumors. Studies are planned or underway in multiple tumor types such as lung, ovarian, glioblastoma, sarcomas, and pancreatic cancer. Thus, to show the company’s advancement in the IO space, the name Iovance Biotherapeutics was selected and revealed to the public in June 2017.

TRANSFORMING TECHNOLOGY & PROCESSES
“For the first time, through partnerships with CMOs, we have transformed the technology and process related to TIL manufacturing that was practiced in an academic setting and turned it into a potentially commercial process,” explains Fardis. The initial academic process for preparation of TIL involved a number of complex manipulations. These steps were designed to provide frequent media exchange and determine if the quantity and quality of cells were ready to proceed to the next step. “We generated SOPs to limit the need for operators to perform multiple manipulations, thereby limiting variation in the process,” she explains. “Our process has provided a streamlined method with a defined schedule and a reduced number of interventions, therefore improving consistency while still maintaining the quality of the product. We send the work to a CMO to perform this robust process. TIL manufacturing is no longer just applicable in academic settings, and can be executed in a centralized facility with current good manufacturing practices (cGMP) consistently applied.”

CLINICAL TRIALS AND MANUFACTURING CAPACITY EXPANDED
Fardis believes this name change came at a pivotal time for the company. For instance, in Europe, Iovance is now working with the Karolinska University Hospital to support the generation of data on novel TIL preparations in treating pancreatic and glioblastoma indications. Clinical trials in Sweden with Karolinska, as well as trials in other European countries sponsored by Iovance, are scheduled to begin later this year. “Working with leading institutions in Europe and the U.S., Iovance has the ability to pursue a much broader clinical program than would otherwise be possible as a stand-alone company,” she says.

Iovance also has entered into agreements to significantly increase production capacity that supports both late-stage clinical and, if needed, commercial demands. For the manufacture of cell-based products, the company has established multiple service relationships. These include providers such as WuXi AppTec, Lonza, and the Moffitt Cancer Center in the U.S. and PharmaCell in Europe. To enhance access to clinical data, new key partnerships were initiated with the Moffitt Cancer Center for clinical trials in melanoma and lung cancer to provide data on the combination of TIL and checkpoint inhibitor therapies, and the NCI for data on the combination of TIL with an anti-PD1 inhibitor in melanoma. 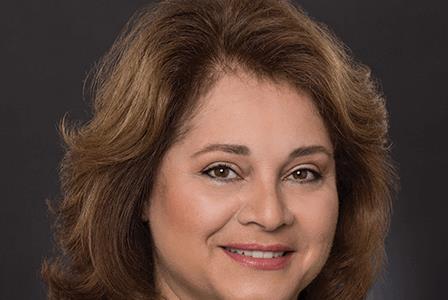 "We do hope that the clarity that the new name brings will attract new investors."

To support an ongoing clinical trial that combines TIL therapy with nivolumab for the treatment of patients with metastatic melanoma and non-small-cell lung cancer, Iovance announced Clinical Grant Agreements with the Moffitt Cancer Center. A three-year Sponsored Research Agreement with Moffitt is also exploring the development of new TIL technology in a preclinical setting.

The company also established a clinical collaboration with MD Anderson Cancer Center this past April for access to rare patient populations with sarcomas, and clinical evaluation of TIL in ovarian and pancreatic cancer. This partnership also will explore a new method of manufacturing TIL using an MD Anderson process. The process of TIL generation at MD Anderson is slightly different from what Iovance utilizes. An additional co-stimulant is added to the media to assist in growth of TIL for certain tumor types.

Iovance recently initiated Phase 2 clinical trials for LN-145 in head and neck and cervical cancers, and the first patient was dosed in June. The company plans to continue enrollment in an ongoing, expanded Phase 2 trial for LN-144 (its lead product candidate) in melanoma. The melanoma studies conducted at NCI have showed an overall response rate of 56 percent in a broad patient population and a complete response rate of 24 percent in patients treated with TIL. Anticipated regulatory milestones include defining the pathway for LN-144 in the U.S. and the initiation of regulatory interactions with EU health authorities.

“By year-end we may have partner-sponsored trials in pancreatic, glioblastoma, ovarian cancer, various sarcomas and melanoma combination trials with three of the approved checkpoint inhibitors in addition to the three ongoing Iovance-sponsored TIL clinical studies in metastatic melanoma, head and neck and cervical cancers,” Fardis says. “This gives us a robust pipeline based on our TIL technology.”

IT’S OK TO PARTNER WITH BIG PHARMA
As a clinical-stage biotechnology company, Iovance held $147.2 million in cash and cash equivalents and short-term investments at the end of March 2017, compared to $166.5 million as of December 31, 2016. “While investors make their determination about a company regardless of a name, we do hope that the clarity that the new name brings will attract new investors and provide us better visibility as a player in the IO space,” says Fardis.

She sees obtaining regulatory approval as a barometer for success in drug development, but small companies only can go so far and may need help with that process. While Iovance continues to execute development of TIL in multiple indications in the U.S. and prepares for global trials, a partnership with Big Pharma would be considered great success as the product can benefit from broader available resources. Fardis says: “Success in drug development is bringing a product to the market, whether it is done as a standalone company or through partnerships with major pharmaceutical companies.”