A New Life In Bio

People may feel comfortable in their careers without knowing what they are missing. But then, a random event shatters the illusion and opens up a whole new world.

Bob Maguire, now CEO of BioLab Sciences (BLS) in Scottsdale, AZ, can offer firsthand testimony of that experience. “I was in telecommunications and IT, and it had become somewhat boring, yet I stayed in it because it was something I’d done for decades,” he says. “I was good at it; I understood it.” Then came the accident. On his last day of grad school in 2013, Maguire survived a potentially fatal rollover with not even a scratch.

“The next day I was flying to Rochester, NY, to start a new position at a software company, and I remember thinking to myself, ‘I shouldn’t be here. Am I really making a difference in the lives of people? Am I really helping people?’ And the answer, painfully, was ‘No’.” he says. Maguire also worked with a distributor of regenerative medicine products and began doing research on regenerative medicine and biotechnology, including industry communications with the FDA. In retrospect, he had entered the path to starting a bio company. BioLab has licensed and markets a bioengineered skin graft, MyOwn Skin, as well as its “amniotic allograft,” Membrane Wrap, and “amniotic liquid allograft,” Fluid Flow — all for replacing and repairing soft tissue. 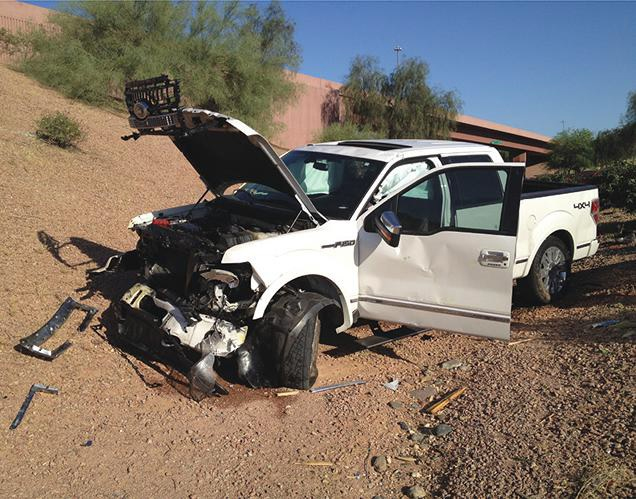 After surviving this crash without a scratch, Bob Maguire decided to leave his career in telecommunications and IT and enter the biotech field.

Maguire has not only learned how to be a life science leader, but he also has advanced the company in a tough environment. His experience offers some valuable lessons in founding and scaling up a biotech company, particularly one in a nascent space such as regenerative medicine.

Before BLS, Maguire’s first company was Axolotl Biologix, another regenerative medicine venture also developing an amnion membrane allograft for skin replacement. By all accounts, including his own, the departure from Axolotl was less than amicable. He describes it bluntly and succinctly: “When we were gaining success after a couple of years, my partner decided he wanted to be the face of the company and got me pushed out.” Twenty-one days later, he started BLS. “That was the transition from, ‘I shouldn’t be here,’ to, ‘Now that I’m here, this really is an amazing second chance for a new beginning.’”

He also encountered other obstacles, some founded on his early lack of bio industry experience. “You have all the naysayers, all the people who say you can’t do it, you don’t know what you’re doing, you’re not a Ph.D., you’re not an M.D. — ‘Who do you think you are?’ Now, former naysayers are looking for jobs here or saying they knew I would make it.”

But a regulatory expert he met early on voiced another view, saying the benefit of Maguire’s background was that he had not been preconditioned to all the negativity in biotechnology and medicine about what companies can achieve. “If I ran into an issue, I would just find a way to get around it or call someone else. For me, it was all a learning process. I believe I earned my Ph.D. through personal research. With everything available today at our fingertips, the information is out there to do almost anything. I just became a voracious studier of the industry and regeneration in wound healing.”

Wound healing is a vastly under-recognized threat to life and health. From traumatic injuries to untreated pressure sores, skin and flesh wounds can harbor stubborn local infections that easily turn systemic. Other conditions often get the credit for wound-caused morbidity and mortality; one is diabetes, which commonly causes venous leg and foot ulcers. Maguire notes 30 million people in the U.S. have diabetes, and another 80 to 90 million are borderline cases. “Globally, it’s growing so rapidly because as countries overseas gain more wealth, many of them are acquiring the western diet that relies heavily on corn syrup and sugar, which can lead to Type 2 diabetes.” Such a huge potential market could drive BLS’ skin replacement into wide use in many other areas as well. The company already produces the product commercially but does not conduct any direct sales; its distributors do all the selling.

“What we look for are distributors that have specialized in the space,” says Maguire. “They have the contacts, and they’re connected to the hospitals and the surgery centers. Through one group we’re getting into the VA and the Department of Defense.”

BioLab’s product has no contraindications, so it could be used for any kind of wound healing — not only acute wounds such as burns, trauma, and surgical wounds but also chronic, nonhealing wounds. The product avoids the usual harvesting of large skin grafts; painlessly extracting a small skin sample and some blood, the process produces three-to-four-inch squares of the patient’s skin. The company has never seen a rejection, but the FDA permits a conservative labeling of “less likely to reject.” The treatment is nonsurgical, and it does not produce a “donor wound,” which can be painful and lead to infection. It thus provides a way to treat small children, who have little skin area to harvest, and the elderly, who often lack sufficient healthy skin to harvest.

As the patient’s own skin tissue, MyOwn Skin has a simpler clinical path to market than a drug or biologic. “The product is commercially available outside the United States and has been treating patients since 2014. As an autologous product, it does not create any rejections or adverse effects on the patients,” says Maguire. “We believe that we will enter later in the process of the FDA approvals since this has been already used in hundreds of human patients.” Currently, MyOwn Skin is approved for marketing as a 361 (a section of the Public Health Service Act) minimally manipulated product, which allows use but no specific claims. BLS is filing a biologics license application (BLA) that, if granted, would allow the company to make claims based on the approved label. 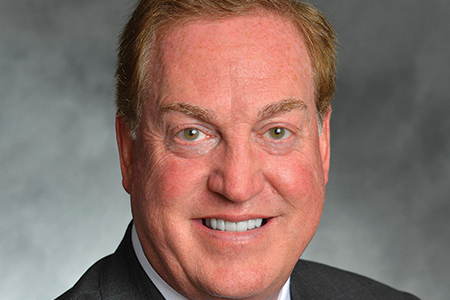 “You have all the naysayers, all the people who say you can’t do it, you don’t know what you’re doing, you’re not a Ph.D., you’re not an M.D.”

BLS licensed the MyOwn Skin technology from its inventors, a group of plastic surgeons in Bogota, Columbia, who deal with a lot of acid-burned faces in that violent region. “We are now finding ways to make the technology even better, to perfect it. If we can take a skin sample and grow skin, can we take a bone sample and grow bone? Can we take a cartilage sample and grow cartilage?” Like other companies in the regenerative space, establishing a manufacturing base early in development proved essential — as well as remunerative under the 361 provisions.

In Maguire’s view, being somewhere other than a big biohub has not hindered his company. “Phoenix has the fifth largest population in the United States, so we have a very deep pool of talent here to choose and recruit from, and we deal with doctors and scientists not only nationally but globally.”

After hundreds of interviews at companies of all sizes, I’ve lost count of the times a CEO has emphasized the simplest motivation for founding and building a company and a life in bio — not getting rich, but “helping people.” I heard it once more from Maguire. It would be easy to wax cynical considering some less-than-convincing examples, but when someone leaves a secure life for an uncertain new one, something more than money must have moved him.