A Second Career As A Biotech CEO

It’s not surprising that Steven Yatomi-Clarke started his second career at a company named Prescient Therapeutics. In his first career as an investment banker, like the word “prescient” (i.e., having a foreknowledge of events), he had shown a knack for identifying undervalued opportunities — many of which frequently led to a windfall for investors. “We got quite adept at picking catalysts and when to enter and exit a situation,” he says of his days at Patersons Securities, one of Australia’s largest financial services firms.

He had entered the investment banking field directly after graduating college with a Bachelor of Science with Honors in biochemistry and molecular biology, and a Bachelor of Commerce in economics. “I knew I didn’t want to be a bench scientist; I always wanted to be on the commercial side of science,” he recalls. Starting off as a research analyst in investor relations, he quickly found himself being drawn toward the transactional side of the business into investment banking where “outcomes were more tangible.”

Once entrenched in his new position, he was exposed to the highest levels of the companies he worked with and was able to see how they grappled with various business challenges and opportunities. Later in his career, he was often advising the boards of his clients and sitting in on many of their meetings. “It was like doing a 17-year MBA course; there were so many practical real- world learnings,” he says.

Prescient Therapeutics was one of the companies Yatomi-Clarke worked with during those 17 years. The clinical-stage oncology company has its roots in a reverse merger takeover of Virax that was initiated in 2014 by Prescient Director Paul Hopper, an Australian bioentrepreneur. Hopper built the company around PTX-200 and PTX-100, two compounds developed in the lab of Professor Said Sebti, Ph.D., at the H. Lee Moffitt Cancer Center & Research Institute in Tampa, FL. Sebti is now Prescient’s CSO.

PTX-200 inhibits an important tumor survival pathway known as AKT, which plays a key role in the development of many cancers, including breast and ovarian cancer, as well as leukemia. PTX-100 is designed to block an important cancer growth enzyme known as geranylgeranyl transferase (GGT). PTX-100 was licensed from Yale and PTX- 200 from the Moffitt Cancer Center.

“The more due diligence I conducted on the drugs being developed, the more I felt they had promise,” says Yatomi- Clarke. “They came from blue-chip American institutions, had been in development for years, and already had a good body of scientific evidence behind them.”

Thus, he became a nonexecutive director on Prescient’s board and helped take the company public (ASX: PTX).

That pedigree of their lead therapeutics was unfortunately the best thing going for the company at the time. With a market valuation of only 3 million dollars and a negative cash balance, “it was looking grim,” Yatomi-Clarke recalls. The company wanted to launch more clinical trials but lacked the funds to do so. Operationally there were very few systems in place; there wasn’t even a server or even email. “No one knew what we did in the market, let alone were happy to buy a share. I empathize with my predecessor; it had to have been a very hard slog, and they obviously had to make decisions about prioritizing various trials and what you can and can’t fund with limited amounts of money.”

A year after Yatomi-Clarke had joined the company’s board, he was asked to take over as CEO. He declined. “I had a pretty rewarding job at that stage and was actually looking to set up my own biotech investment fund, so I didn’t want to lose momentum on that,” he explains.

The board persisted, though, and eventually convinced him to accept the position of co-interim CEO along with Hopper. For about the next five months, he dug into learning everything he could about the company’s science and operations. Eventually, despite the problems he already knew about, he started to realize that the company had even more potential than he originally thought. “This was a real turnaround type of challenge, and I knew it was going to be a steep learning curve for me,” Yatomi-Clarke says. “In fact, at the time, I probably underestimated the amount of work it was going to take to get the company up to scratch. But I’m the type of person who needs to be constantly learning or I’ll get bored, and this seemed like a big challenge — and an opportunity too good to turn down.” So, in February 2016 — at age 39 — he became CEO and managing director of Prescient.

His broad plan was to focus on an indication for PTX- 200 that would give investors a little bit of excitement and then raise enough money to run all three programs and a subsequent amount of money to get PTX-100 back into the clinic and position it as a differentiator.

“We didn’t have the funds to really get the PTX-200 breast cancer study going, nor did we have the money to focus on PTX 100 — the manufacturing cost was prohibitive,” he says.

Ultimately, AML (acute myeloid leukemia) was chosen as that new focus indication. He admits making these kinds of decisions is easier when you’re not the founding scientist of the company and a particular indication or drug is “your baby.” As an investment banker, he was trained to exhibit cold-hearted objectivity where NPV (net present value) drove decisions, not emotions. “If it adds value, I’ll consider it. If it doesn’t, you’ve really got to convince me. I’m not in love with any science; I let the science tell me the answers rather than vice versa.” 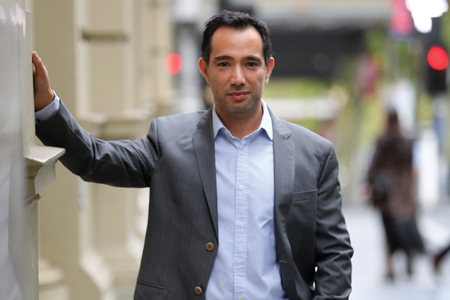 "If it adds value, I'll consider it. If it doesn't, you've really got to convince me. I'm not in love with any science; I let the science tell me the answer rather than vice versa."

To address the company’s funding problem, using his knowledge of the markets, he was quickly able to raise $10 million without the help of an investment bank. Simultaneously, his plan included backfilling the pipeline via some in-house development while also seeking partners for some programs and additional clinical assets. All of that is still currently in the works (e.g., the company is working on version 2.0 of PTX-200).

“When you’re starting as a small company with no money, you have to sort of take a step-ladder approach to trying to ‘get over the wall;’ you need a good diversified pipeline that mitigates risk while simultaneously providing different leverage points,” says Yatomi-Clarke. “To me, biotechs are either raising money or planning to raise money.”

As a small biotech with limited funds, Prescient has had to minimize its fixed costs and other expenses. For example, there are only about 13 people who work for the company, some full time, some part time, and a few consultants. Early on, the company didn’t even hire a CRO to run some of its clinical trials. “That was a huge time and management challenge for us,” he says. “For instance, obviously when you are conducting a clinical trial, there needs to be a lot of documentation. But when I joined, much of that data wasn’t organized efficiently, so we had to spend a lot of time tracking down information, backfilling gaps, and creating appropriate operating procedures.”

Earlier this year, Yatomi-Clarke helped lead another round of financing — this time with the assistance of an investment bank — that netted the company approximately $9 million. That will come in handy as the company progresses to using its first CRO for an upcoming basket trial for PTX-100, which also will be the first time a Prescient trial includes some Australian sites.

Yatomi-Clarke acknowledges that achieving these kinds of small advancements is just part of the steep learning curve for his second career. “Making this transition from banker to biotech CEO was tougher than I expected, and there’s no shortcut to understanding the science,” he says. “I have no regrets, though, especially when I consider that we are developing drugs that have the potential to treat a range of cancers that have become resistant to front-line chemotherapy.”