A Tale of Two Confabs 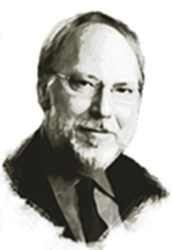 Mostly the Best of Times at ASCO & BIO

From the shores of Lake Michigan to the Southern California ocean, I have traveled on a mission. Just short of three weeks since I returned from the ASCO (American Society of Clinical Oncology) Annual Meeting in Chicago, I headed for the annual BIO International Convention in San Diego. But at BIO, ASCO was still on my mind, for it was among the most extraordinary of events I, and surely many others, have ever attended. My mission is combination cancer immunotherapy, a topic that absolutely dominated ASCO this year. There may be no precedent for the barely bridled enthusiasm for this reborn approach to fighting cancer.

I say "reborn" because immunotherapy is an old idea in cancer, and one that most people thought was a dead topic before developers started releasing data from clinical trials this year. Durable response rates of up to 80 percent made even the skeptics stop and take notice. Even as single agents, and in some patients, the new treatments seem capable of producing extraordinary effects. But their real promise lies in the use of drug combinations, whose constituents would likely include an immune stimulator such as a vaccine, a checkpoint inhibitor or “blockade,” and other agents to boost and unleash the immune system to kill tumors.

People love on-the-spot reports, and I made liberal use of the social media to mark many of my experiences at ASCO (#ASCO14) and BIO (#BIO2014). Yet, some memories improve upon reflection, when you take some time to let the pieces fall into place. I wish I could say it was intentional, but the fact is I was too busy during, between, and right after the meetings to write the sort of immediate reports many fellow journalists hammered out in the press room or back in their home offices. So my reflections on the events here and now are seasoned not by choice but necessity.

First, some idea of scale. BIO had almost 16,000 attendees; ASCO, more than twice that with almost 35,000. BIO took up a large chunk of the San Diego Convention Center. ASCO dominated most of the much larger McCormick Center in Chicago. But San Diego’s center is linear, so the distances are similar. Tip: avoid scheduling back-to-back meetings — more than likely, you will walk from one end of the center to the other between them, a minimum of 10 minutes at full gallop.

Both shows had voluminous exhibition areas, and it was interesting to see the overlap in exhibitors, showing how important oncology has become in the life science industry. Companies of all sizes, including the largest pharmas, exhibited at both events. The biggest difference between the two events were the local, regional, and national economic development groups, representing perhaps the biggest segment in the BIO show. Geography was a notable variant in both cases, though. About half of the ASCO crowd and about 40 percent of BIO came from outside the United States, fascinating demographic milestones for the two U.S.-based organizations. Globalization of attendance is a growing phenomenon I have observed at many industry-related confabs for the past decade or so. Even the annual PhRMA Meeting has become remarkably international in its mix of people.

Consider the trend in light of current industry issues such as M&As, inversions, tax rates, and barriers to access. I’m not sure yet what it all means, except that many people we used to call them are now us. The transformation of national to multinational to global industry goes on, surely to have many unpredictable results. I am largely optimistic, because I sense new energy, ideas, and ideals arising from this worldwide mosaic. But traditional rivalries will persist, for political as much as fiduciary reasons, and at least partly because traditions may protect good things as well as bad.

AHEAD & BEHIND THE CURVES

Because of my cancer-immunotherapy mission, along with an ongoing focus of Companies to Watch and other features I write, I spent much of my time at ASCO and BIO interviewing key opinion leaders and company executives — about two dozen interviews in all. ASCO was all about immunotherapy, but BIO held wider interests, with at least one of the encounters I had worthy of some dedicated coverage. That one was the Critical Path Institute; I will be posting the interview with C-Path’s President and CEO Martha Brumfield and Diane Stephenson, Executive Director of C-Path’s Coalition Against Major Diseases, separately. I also met with a number of west coast industry groups such as BayBio, the North Bay Life Science Alliance, and San Diego’s Biocom. At those meetings, a main topic was our Outsourced Pharma West conference in San Francisco, November 10 & 11.

As I’ve said before “The Mirror Cracks — Pharma Must Face Its Future,” the traditional U.S. pharma industry still finds it hard to grasp the westward shift of its center of gravity, with the biotech and life science sector outpacing and increasingly outweighing the old guard in the east. Externalization of R&D by Big Pharma requires that it extend its tendrils to the other side of the continent, but culturally it probably remains more comfortable with the California’s fast-growing biotech rivals in Boston, New Jersey, and North Carolina.

Yet even the eastern hubs of life science innovation offer cultural challenges to the large pharma companies, and I’m not sure plopping down some big corporate R&D centers in those areas will solve the problem. Something about the east-coast industry configuration encourages a big-fish-eat-smaller-fish scenario. MedImmune buys Amplimmune, AstraZeneca buys MedImmune, Pfizer almost buys AstraZeneca. What would have happened to MedImmune’s cancer immunotherapy program if the outcome in the latter case had been acquisition — that is, after Pfizer launched the products sufficiently advanced in development at time of purchase?

A couple of other observations regarding BIO, the organization as well as the show. This is only my opinion, albeit with some logical underpinnings. Economic development groups and, somewhat ironically in light of the previous paragraph, Big Pharma now dominate the annual exhibition. There are good reasons for that. To a great extent, as venture capitalists have backed out of biotech, the EDOs and pharma companies have offered two main alternative lines to funding startups and entrepreneurial drug development. Also, closely related to both groups but plainly to economic development, governments and patient/disease foundations are adding to the non-VC support.

At the national level, aside from the Department of Defense, the Small Business Innovation Research (SBIR) and Small Business Technology Transfer (STTR) programs at the NIH offer not only dollars but training and advice for the often business-naïve scientists who start companies to develop their inventions. At BIO, I spoke with Michael Weingarten, director of the NCI SBIR Development Center, and Steve Blank, “architect” of the related I-Corps program, and will be writing more about their organization and services soon. One word to head off the cynics at this point, however: These are not just some government bureaucrats giving theoretical, ivory-tower counseling to clueless professors. They know the business, they know the pitfalls startups can encounter, and they can help companies avoid falling into the potholes. I would have them on our “shark tank” team any day (another hint of things to come).

Somewhere along the line, I had an experience that reset my baseline of humility. A best friend of almost 50 years passed away, and I was called upon to write his obituary for the newspaper. I returned home road-weary and a bit despondent in my unexpectedly profound grief. But my commitment to memorializing my friend turned my thoughts and attention to his life and his 35-year ordeal paralyzed from the chest down. Writing the story of this complex person in the simplest, most straightforward way was my way back to normalcy, but in the new normal of a humbled man, pressing on with his work.