Beyond Profits To Biopharma Innovation

Someone right this moment has just chosen to start a biopharma company. How will it happen?

Most likely, the startup will embark on the standard pathway from angel and seed money, perhaps all the way to an IPO. Startups rarely make profits, but they typically attract investment on the hope they will become profitable someday and produce positive returns for their investors along the way. But what if the founder could take another, at least additional, route? What if, for certain ambitious, but traditionally underfunded, areas needing innovation, the enterprise could achieve its ends without the usual for-profit incentives?

Here, we look at two entrepreneurial entities that both operate with no profit motive, though in much different ways. They are the ALS Therapy Development Institute (ALS TDI), a nonprofit research organization, and Caring Cross, a nonprofit company developing educational, business, and therapeutic initiatives to lower the costs of CAR-T treatments for cancer and HIV, and therapies for genetic disorders such as sickle cell disease.

Both groups have top executives who played central roles in starting their companies and defining the company missions. ALS TDI operates a drug discovery lab with a pipeline that includes candidates in clinical trials. Caring Cross is developing CAR-T cancer and HIV treatments that administering hospitals can manufacture in-house rather than purchase from pharma companies. That would eliminate much of the cost that drives current sky-high prices for CAR-T ($350,000 to $450,000). Both groups are nonprofit enterprises dedicated to creating treatments that otherwise would not be developed or accessible to ordinary people.

Dr. Fernando Vieira, CEO and CSO of ALS TDI, describes how the “no-profit” model relates to the for-profit industry: “The ALS Therapy Development Institute will never itself be a commercial entity, but I anticipate some company, someday, will profit from our inventions, though we will not. There is a real advantage to operating in the nonprofit space in a disease indication that is as challenging as ALS.”

Dr. Boro Dropulic, a formative researcher in CAR-T, is cofounder and executive director of Caring Cross: “We start companies and work with companies, though we’re a nonprofit. We have two types of corporate partnerships, one with existing companies, the other with the new companies we create. We work with existing companies on candidates and technologies where the agreement includes provisions for access for underserved populations. We require that there be provisions for access by underserved populations on any project.”

Basic access — bringing a drug treatment to patients where none existed before — is the primary aim of ALS TDI, rather than affordability. It does not expect ever to have sufficient resources of its own to conduct a Phase 3 clinical trial for any of its drug candidates, let alone market a product, so it has dedicated itself to discovery and early-stage IND-enabling through Phase 1 development. It will leave most later activities to larger partners with full clinical-development and commercial capabilities.

“We have a team of 30 scientists with, amongst us all, more than 300 years’ worth of experience bundled up in drug discovery and early development, almost all of it enriched for ALS. That’s hard for any company to build from scratch, but they may want to be in the neurodegeneration space, and they may want to pick up something we invent and move forward so they can profit,” Vieira says.

Caring Cross also starts new companies that either create new therapeutic candidates or improve technologies related to the manufacture and distribution of advanced medicines such as CAR-T cell therapies.

At a hospital, when it makes these products at the place of care, it realizes a much-reduced cost and price per patient. The Caring Cross mandate for affordable access to treatments does not expire. “We built it into the structure,” says Dropulic . “One of our provisions is affordable access for underserved patients, including those living in low- to middle-income countries, giving them discount pricing for those products by our partner companies. If a company doesn’t want to market its products in those countries, we can.” 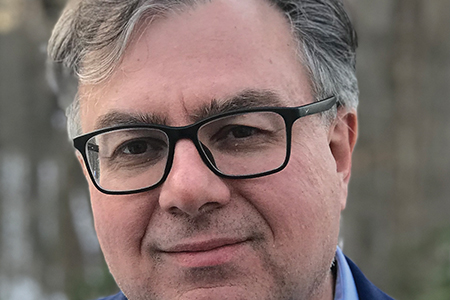 “The companies we create must give discount pricing to us and our hospital partners, passing the savings on to patients and insurers."

Every company Caring Cross creates is a “benefit corporation” (B Corp), which emphasizes “societal impact” equally or above enriching investors. B Corp status protects a company from lawsuits from shareholders who believe the company is letting its other concerns — for patients, public health, or society at large — outweigh its fiduciary responsibility to maximize share value. For-profit companies are usually “C Corps,” vulnerable to investor lawsuits if they stray from serving investors and shareholders first.

“The societal impact goals of B Corp companies ensure affordability and access and sustainability of these advanced medicines to underserved populations like the uninsured and those living in low- and middle-income countries,” Dropulic  says. “The companies we create must give discount pricing to us and our hospital partners, passing the savings on to patients and insurers. These agreements are perpetual, no matter whether the new company goes public or is acquired in the future.”

Alongside its cost-saving program that replaces branded therapies with in-hospital manufacturing, Caring Cross has its own pipeline of new CAR-T treatments. One is a novel therapy for HIV the company believes may be curative. Another new technology may cure sickle cell disease and its cousin, beta thalassemia (BT). A third program has produced an oncology pipeline focused on leukemia, lymphoma, and multiple myeloma. Any products gaining approval will fold into the Caring Cross hospital cost-reduction platform. Intellectual property, so critical in the for-profit world, plays no part in this company’s plans. “When we license something in, such as a technology, an exclusive license is not necessary because our price point is low. We don’t need to protect and pay for an expensive license, because our model is low-cost,” says Dropulic.

ALS TDI has taken a contrasting approach to developing its pipeline. As with Caring Cross, all of its candidates will be licensed out, though not with stipulations for cost and access. The licensors of its products will assume all responsibility for those matters. ALS TDI is more like an island of no-profit in a sea of for-profit biopharmas.

“With the programs we have now, I will be looking for potential partners to help us get that through the clinical development phases because I know we can’t do that,” Vieira says. “If we did try to finance that alone, we would have to dismantle what we have now. We can’t operate our discovery engine for ALS while also paying for clinical trials. We need that capital to come from somewhere else.” For Vieira’s group, most of the capital comes from donations, giving ALS TDI full control of its discovery to early development programs, but ceding control of approved commercial products to the development partners.

Caring Cross more closely resembles a regular commercial business, only one that puts affordability and access above profits. Like ALS TDI, however, Caring Cross exists symbiotically with the vast majority of industry companies that must profit or die. And both companies illuminate fresh options for biopharma founders. In an industry that has been breaking all of its previous records for stratospheric pricing, this is a golden opportunity to study a new model.

With no-profit enterprises, one is not like the other. ALS TDI does not offer a cost-saving manufacturing program, and it stays disengaged from the commercial space, likely because its technology base is more conventional than the gene-therapy approach of Caring Cross. Yet those two groups, and the growing sector of not-for-profit companies along with them, have something in common: They all place other stakeholders on at least an equal par with profit-hungry investors. At the same time, they are — and many more are becoming — an important and influential model for driving innovation in the biopharma industry.