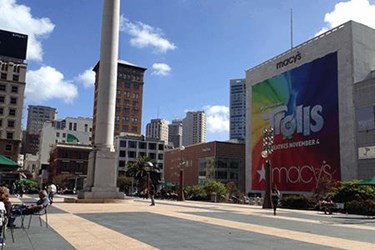 This year, the BIO Investor Forum (#BIF16) in San Francisco enjoyed its largest turnout ever, basked in the light and warmth of a dynamic industry that may not solve all of the world’s problems, but shines upon us, a salubrious star. The question hanging close by this year’s forum is one I hope the now mature industry is ready to answer: Will the industry’s star shine upon everyone, or leave most of humanity in the shadows?

The first session I attended was the preconference program, a series of presentations by academic and industry researchers sponsored by Stanford’s SPARK Translational Research Program. Unlike many or most “incubators,” SPARK is not local but international in scope, a network represented in this session by affiliates in Australia, Taiwan, and Singapore, as well as the United States. Each presenter reported on the progress of a specific research program, most at the preclinical stage where the key interactions of university- and company-based scientists tend to occur.

Tweeting the highlights as I listened, it struck me that SPARK is doing more than funding research; it is also mixing cultures. Academia and industry can often act like matter and anti-matter, coming together in mutually destructive ways. Although the relationship between the two communities is natural, it is often also asymmetrical in the eyes of one or both parties.

Translation becomes more than a linguistic problem when the two sides live in such entirely disparate worlds. SPARK and similar programs keep the ideal of a “unified field theory” for basic and applied research alive, based on a synergistic sharing of models and evidence where the two sides intersect. It seeks to maintain something like a safe haven for academic-commercial collaboration at the earliest possible, most appropriate stage — the critical moment when university scientists have grasped the world-changing potential of their work, and industry scientists, engineers, and business people can begin to work out ways of making it happen.

BIF formally began the next morning, simultaneously running plenary sessions, company presentations, and partnering meetings throughout the day. Inevitably, then, an unknown portion of the more than 2,000 registered attendees circulated in and out of the event for only brief periods. Yet sometimes I had to pinch myself to realize this was not the JP Morgan Healthcare Conference, to be held in January. Not only were the hallways almost as crowded at times — they were also the same hallways. BIF moved this year to the Westin St. Francis, JPMHCC’s traditional home.

The first session concerned a subject that has been a key focus of this publication: immuno-oncology (IO), with the interesting twist of exploring the potential synergisms between IO and the separate field of immunology, primarily inflammation and autoimmunity. The session brought together the heads of business development at two leading companies with IO products on the market, BMS and Merck & Co., with the CEOs of three startups developing novel candidates in IO and other immune-related areas: Kineta, Tizona, and Alpine Immune.

The discussion, however, mainly centered on new ways to complement anti-PD-1 therapies in cancer, chiefly by importing knowledge from immunology. Echoing some of the research SPARK had featured the day before, the panel also dealt with the most likely hurdles for the variety of therapeutic approaches and combinations the interdisciplinary exchange could produce. At the top of the list were cost — in development and in the health care system — along with limited pools and incentives for patient recruitment in clinical trials. But optimism overcame most doubts as the panelists envisioned more and more medical intervention based on activating and energizing the immune system.

In another session on the first morning, a panel of FDA experts prognosticated on the renewal of PDUFA, which they considered a sure thing despite the pre-election uncertainties. “PDUFA may be one of few things immune to disruption after the US election,” I tweeted. The panel emphasized that Congress already regards PDUFA as “must-pass” legislation that it has negotiated with the FDA and agreed to pass after its return.

For the rest of the first day, I shopped around the company presentations and met with a few for future editorial. This year, BIO thoughtfully provided attendees with a large space complete with tables and chairs for rest and respite, next to the registration area. It was an effective boost to random networking. On at least three occasions, I sat down with a cup of coffee and discovered the person across the table was someone I had wanted to meet but was unavailable for a scheduled meeting.

This is a key virtue of BIF and a benefit of its relatively small size, diverse participation, and strategic location for this time of the year. It is exciting to know any brief encounter with a person who happens to be sitting next to you can be the beginning of something important and valuable. Business development consists of long hours of research, contact seeking, scheduled meetings, and of course the proverbial slide show — but it can pop out of the blue as well, in casual conditions, whenever two people sit down to rest.

The second day of BIF kept me busy with more interviews and presentations, but I also managed to attend several plenary sessions, including the final one, which was nominally about the post-election funding/IPO environment but concluded with more discussion on drug pricing. It struck me how almost every session, and many of the company presentations I witnessed, had referenced or veered toward the pricing issue in some way. No one wanted to talk about the election directly, but many worried out loud about the emergent bipartisan populism aimed at biopharma just when otherwise, the industry has so much to celebrate.

Again, time flavors my perception of the industry’s current circumstances. Almost from the beginning of my 30 years covering the business, pricing has been a contentious issue. But I don’t believe the industry will elude or escape the consequences of the current, massive customer backlash. Although most of the discussion in this session portrayed government as the bogeyman, the chief impetus for containing prices in the U.S. market is coming from business — primarily employers and the private payers, including healthcare and pharmacy benefit managers, who work for them. Meanwhile, actual prescription volume has risen significantly under the ACA.

Another old idea came up once more in the session: “Everyone here should go be an ambassador for the industry, ensuring that everyone out there knows our story.” Although I would be among the first to say the industry has a good story to tell — in fact, many of them — I have never believed telling stories was sufficient to establish a more sympathetic relationship with outsiders. I tweeted this: “Being an ‘ambassador’ for the industry has to mean listening not just talking to people. Good people on both sides.”

Unless the industry does listen more carefully to “the masses” out there, and show some signs it is paying attention, I fear its star will fade for most people. Perhaps some companies and executives would not mind if the industry turned into a boutique business offering luxury treatments for the few who could afford them. But I’m willing to bet on the belief that most people in biopharma find more motivation in ideals and want to produce medical advances for society in general — making the industry a sun that shines on us all.