Biotechs Will Make Music In The "Twenty-Twenties"

Welcome to the melodious-sounding “Twenty-Twenties.” What correspondingly pleasant harmonies will we hear from our drug industry during the second decade of this millennium? James Mackay, Ph.D., founder, president, and CEO of Aristea Therapeutics, and Stanley Crooke, M.D., Ph.D., founder, chairman, and CEO of Ionis Pharmaceuticals, predict that, above all, the next decade will bring both a creative and productive virtuosity emanating from the halls of biotech.

Mackay, a former long-time executive at AZ before founding Aristea, and whose experience includes six new-drug product approvals across multiple therapeutic areas, foresees few barriers to biotechs continuing as the “real building blocks” of drug development. “There’s lots of funding out there, which helps biotechs remain nimbler than bigger pharma.” He adds that these smaller companies also will “bring in innovation via cross-technology partnerships.”

As for Crooke, who sits atop a biotech that has commercialized three new drugs and boasts a hearty pipeline of 40 clinical-trial-worthy candidates, he prefers to start by talking about productivity. “I remember in the early 1980s listening to a consulting firm claim the industry’s productivity was declining, and it would continue to decline for the foreseeable future. If you look at even the most recent productivity data, that fact has come to pass and has been a background trend influencing pricing and every part of the industry.” However, he adds, “From our perspective, this is now a remarkable moment in time.”

Both those aspirations — an infusion of technology and improved productivity — will be led by biotechs such as Aristea and Ionis. “There are some very interesting times just ahead of us,” says Mackay. “We’ll continue to see the need for small-biotech innovation feeding into large pharma, which has tried, but mostly failed, to create its own innovative units. Biotechs will continue to form — maybe by other previous Big Pharma executives like us. You’ll then see those biotechs do collaboration deals to move that innovation back into Big Pharma to capitalize on what those companies are good at, in terms of manufacturing and marketing. You’ll see all this accelerate in the 2020s."

However, if Mackay’s accelerating virtuous cycle starts with biotech formation, that formation will rely on partnerships between biotech and IT. Certain healthcare trends are prompting the need to bring those two groups together, and today’s burgeoning “bio-tech” clusters are creating the ecospheres to facilitate those connections.

“Healthcare boundaries are blurring as we explore new ways of delivering treatments to patients,” explains Mackay. “For example, if a drug is delivered via a wearable and through the skin, that changes how Big Pharma has gone about the whole new drug or therapy development process. Biotechs, on the other hand, are ideally suited to adapt to this model. They can develop partnerships from the innovation ecosystems they operate within and build relationships with those experts in other technologies.” As an example, Mackay cites San Diego, his home base. “San Diego is a fantastic biotech hub. But it’s also an amazing tech hub. It’s that blurring between those industry verticals, and the easy mixture of people across them, that will create innovation in the way drugs are ultimately developed and delivered to patients.”

Mackay personally invests “a fair amount of time” interacting with people in the biotech and tech spaces, “to really understand what they’re doing.” He says that AI and machine learning are technologies that many conventional biotech leaders are unfamiliar with. “We can’t drive those technologies on our own into the industry; we have to partner with the tech people who understand these new technologies and who can suggest ways the technologies can be used across the entire R&D process. How much of our R&D process can we shift into some sort of virtual reality, with AI and machine learning? It could transform the way we work. But first we must allow the tech and the biotech folks to mix together, and let it happen organically. This is not going to come out of Big Pharma.”

How about out of today’s growing and integrated CROs and CMOs? Mackay sees parallels between the size of service providers potentially impacting the ability to deliver innovation, as size has with drug sponsors. In San Diego, he says, service providers play a synergistic role in the advancement and cross-pollination of technology. He doesn’t want to see that diminished in any way.

“Some of the consolidation in the CDMO space concerns me,” he avers. “There’s no doubt when smaller shops get bought up, it changes the culture. The bigger organizations become, the more bureaucratic they are, and it’s more challenging to get things done in that environment. That CDMO consolidation is potentially problematic in allowing small biopharma to continue to access the quality and speed of delivery we’re looking for from our service providers.”

Crooke of Ionis has an interesting interjection here. “Biotech has done a wonderful job of convincing Big Pharma to outsource,” he proclaims. “Early in my career at Big Pharma, I was anxious about outsourcing. But that whole industry has advanced so wonderfully, it makes total sense for small and large companies to outsource all those activities CDMOs do better for a living.

“If you think about biotech, it primarily was a financial revolution. What is remarkable is that American capitalism could support the dollars and risks biotech needed to take on and take in. Investors had become frustrated with putting their dollars in the hands of heads of R&D at Big Pharma to do their investments in technology and new drugs. They concluded a portfolio with different investment metrics would do better. They were 100 percent right. If you look at it, most of the major technology innovations have happened in biotech, and many first-in-class drugs came from biotech, despite having resources that were much less than the big companies. Bigger pharma companies have indeed learned by example and jettisoned the tasks that can be safely distributed to CROs and CDMOs.”

But Crooke says there is an even more “interesting shift” — and it adds to an important narrative on his favorite subject: productivity. That shift starts with how bigger drug companies also have moved to outsourcing innovation. There are plenty of innovative people at Big Pharma, he says, but, importantly, innovation is also “farmed out to more productive collaborators in smaller biotech companies.” Sounds good, you might say. “But then look at productivity,” says Crooke. “Look at what happens to biotech companies as soon as they are successful. They, too, become more fully integrated, and in most every case innovation declines. It doesn’t go to zero, but it recedes. Then the biotechs themselves become innovation buyers.” And thus, according to Crooke, biotech has taught us important lessons but perhaps not how to keep initial productivity spurts from falling off.

Crooke recognized all of this years ago and set out to change the dynamic. At Ionis, he says he has created a business model of sustained productivity and one of the most efficient approaches to drug discovery and development. He has the commercial products and promising pipeline to back that up. But the key, of course, is to stay the course: “to continue to demonstrate we can enhance the productivity of drug discovery and development through the technology that we’ve created and continue to invest in it.

“When you combine the business model with this efficiency and the technology, the numbers are hard to believe,” says Crooke. “If we look at the core of Ionis, around 450 people are the engine of discovery. We have one drug in development for every 12 people. If you compare that to traditional pharma, it’s probably one drug for every 1,000 or 2,000 people in those organizations.” That combination of efficient technology and business model — and the extraordinary ability to outsource manufacturing and not require a build-out of infrastructure — gives Ionis and other biotechs a productivity boost.

Crooke adds, “I am hopeful other models that begin with a new, disruptive technology will be incorporated into our industry and we can arrest the decline in productivity we’ve seen over decades. We must do that. This is what I’ve been most interested in for the last number of years, and it’s what I find most exciting about the future of this industry.”

That excitement could be cut short if we can’t form the relationships to utilize and create new technologies or maintain the outsourcing partnerships that allow biotechs to focus on what they do best. Biotech and IT, biotech and pharma, and biotech and service providers all need to come together to form this more perfect orchestration for patients.

Regarding that final pairing, Mackay wants to ensure we are all reading from the same sheet of music. For instance, he mentions the use of the term “service provider.” “The way I look at interactions between biotech and CROs or CMOs is much more of a practiced partnership between organizations. Too often, the CMO is seen as the provider and the biotech as the customer. In doing so, though, you get stuck in that outdated ‘customer/supplier relationship,’ where the CRO or CMO can be reluctant to tell the biotech something’s amiss, or they are behind schedule, or to communicate quickly there is a challenge that needs to be addressed.” Or, I might add, introduce a new technology.

“Being able to break down that customer/supplier relationship is vital, just as it is with other relationships,” he continues. “There always will be issues in R&D, and to increase productivity, those issues will need to be addressed as early as possible and collaboratively between the CRO or CMO and the biotech. Honest communication is critical to the success of this model. Starting with that premise, that’s where I focus my efforts in every relationship we build at Aristea.” 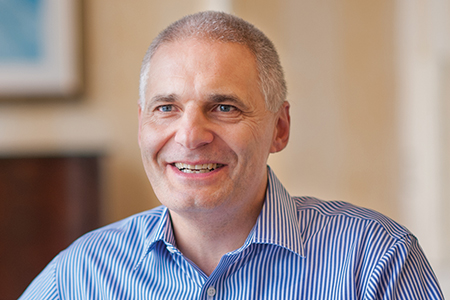 "Some of the consolidation in the CDMO space concerns me."

Finally, there’s another member of the band we haven’t mentioned. Mackay receives critical assistance selecting those partners he prizes so highly from a network of consultants who are subject matter experts, whether it be for drug substance, drug product, toxicology, pharmacology, or other technologies. “We don’t tend to put out the classic RFP and get a glossy presentation; there is very little value in that activity. I prefer to spend time getting to know the actual team we would end up working with. Actually, the overall expertise of the partner is not relevant if you don’t get to work directly with the team that has the expertise you need. Consultants can play a big role here. It isn’t surprising that we often work with those whom we have partnered with in the past or who already have worked with our consultants.”

So add consultants to the biotech orchestra. All together, we should hear wonderful music coming from this segment of our industry in the coming decade. Listen for songs about new and more drugs and therapies — and better patient experiences.