Collaboration And Teamwork — As Different As Management And Leadership 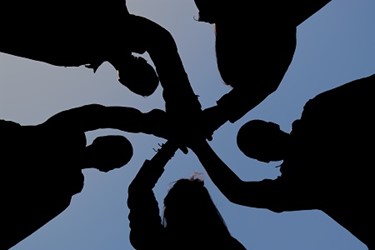 This was the email reply of leadership expert, Mike Myatt (former member of Life Science Leader magazine’s editorial advisory board), when responding to, “What are the top 10 current trends in leadership?” The question came from a reader back in 2011, and we were seeking a response from Myatt for publication consideration in our monthly Ask The Board column. We didn’t publish Myatt’s concise and profound retort because, though correct we needed at least 160 words to fill the space allocated for these responses. So instead, we adjusted the question to, “What can an executive quickly do to improve their effectiveness as a leader?” (To read Myatt’s response, scroll down to the third question here).

Management on the other hand, does have trends. And though biopharma seems ripe with exceptional leaders, we continue to see many biopharmaceutical companies implement that which is trendy — yet stupid! One such trend is the “Open Office,” an idiotic concept I have spoken and written about previously. Another is “collaboration.” Don’t get me wrong, collaboration, much like diversity, can be extremely beneficial. But for a company to receive the maximum benefit, it should take the form of teamwork and be coached, not managed.

Scanning my Twitter feed (April 23, 2019), I came across a tweet mentioning the push for collaboration leading to mediocrity. Curious to know more, I clicked on the link (hoping it wasn’t click bait) and was taken to an Inc. article by Geoffrey James. He begins by noting collaboration being “all the rage” of management pundits. Use of the phrase, “All the rage,” signifies the author referring to something he believes to be a fad. Though James shares that he has previously written about collaboration penalizing the competent, in this article he points to a recent study published in Applied Psychology to confirm the detriment a collaborative environment can have on top performers.

“Rather than improving their own performance, mediocre employees socially isolate top performers, spread nasty rumors about them, and either sabotage, or attempt to steal credit for, the top performers' work. As the study put it: “Cooperative contexts proved socially disadvantageous for high performers.”

It didn’t take long for tweets to surface seeking to debunk the Applied Psychology study because it was done on 350 salon stylists who are “soloists,” not team players. I’m not sure that person has been in a busy salon lately, because from my observations, teamwork happens there all the time, as it does in many vocations that could similarly be deemed “soloist” professions (e.g., writers). Conversely, there are times (especially on teams) when people have to be successful as individuals in order for a team to succeed. Case in point: On April 6, during this year’s NCAA (D-1) men’s basketball tournament, University of Virginia guard, Kyle Guy, had to make three free throws in a row with .6 seconds left to beat Auburn in the semifinals before going on to win the national championship against Texas Tech. On April 7, in the 2019 NCAA (D-1) women’s basketball tournament championship game, Notre Dame’s Arike Ogunbowale missed a foul shot in the final seconds to seal the 82-81 win for Baylor. We can find numerous other examples. Fans of football are likely to recall more than one wide-open receiver dropping a perfectly thrown pass, as well as more than one quarterback having under (or over) thrown a ball to a perfectly wide-open receiver. Athletes don’t focus on collaboration. Rather, they focus on perfecting their individual craft and teamwork, and companies would be wise to do the same. Why? Let’s consider Mirriam-Webster’s definitions for collaborate and teamwork.

Collaborate (intransitive verb): (1) to work jointly with others or together especially in an intellectual endeavor; (2) to cooperate with or willingly assist an enemy of one's country and especially an occupying force; (3) to cooperate with an agency or instrumentality with which one is not immediately connected.

Teamwork on the other hand, has just one definition.

Teamwork (noun): work done by several associates with each doing a part but all subordinating personal prominence to the efficiency of the whole.

Suffice it to say, Geoffrey James’s article spoke to me, and not because I agree with him on the point of the open office being complete idiocy, but because his word choice provides a clear distinction as to the difference between collaboration and teamwork, and management and leadership. Consider one of his concluding remarks:

“This is not to say that teamwork is a bad thing, per se. Indeed, most complex projects require a team to successfully complete. For teams to be effective, though, they need leaders who can swiftly squelch any attempt to isolate or denigrate a top performer.”

In other words, what companies need aren’t additional opportunities to force more employees to collaborate, but perhaps more hierarchical leadership, which begins with CEOs being focused more on leadership and coaching, and less on the implementation of the latest misguided managerial trend.