Rebuilding to develop a large shelf full of in-house discoveries. 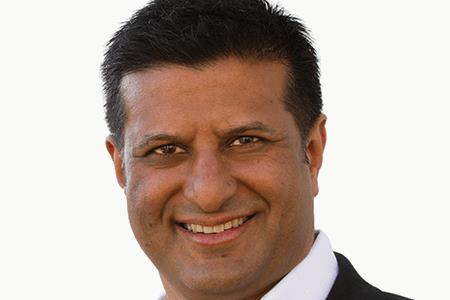 WHAT’S AT STAKE
If at first you do succeed, you still might have to try again. Success in this business usually means arrival at a milestone — proof-of-concept, clinical development, Phase 3 completion, and perhaps market authorization if a company thinks that far ahead. But few companies reach the point where their products face the toughest test, on the market with an approved indication. Arena started up 20 years ago as a pioneer of GPCR (G protein-coupled receptor) technology. It eventually discovered and developed Belviq (lorcaserin), for weight loss in treating obesity and subsequently marketed the product through its partner Eisai. Unfortunately, and perhaps indicating the unattractive nature of the indication, Belviq and competing products launched about the same time tanked in sales. Arena had succeeded in raising money based on projected Belviq sales of more than $1 billion worldwide, but when the actual turnover turned out to be less than $100 million, the company was left with little revenue despite a burgeoning pipeline of new compounds coming out of its discovery group. Belviq commercialization also had distracting structural effects on the company.

“Essentially the company ended up looking a little bit like a barbell,” says president and CEO Amit Munshi. “On one side, Arena had this fantastic discovery research on GPCRs, and on the other side, the company was largely focused on Belviq and commercializing the drug for obesity.”

By early last year, Arena’s board decided to remake the company, beginning with new management and a new strategy. It soon brought in Munshi, who quickly sized up the situation. “My fundamental premise was actually quite simple: While the whole world was focused on Belviq, the discovery resource platform on GPCRs continued to progress with novel, potentially best-in-class compounds into early clinical development. I looked at the products that were essentially sitting on a shelf, and I said to the chairman and board of directors, ‘If I come on board, we have to rebuild Arena as a development company.’ Since then, we’ve brought the company back to a core drug development platform.”

The surgery was somewhat radical. Arena divested all Belviq rights to Eisai, replaced 90 percent of its management and 70 percent of all personnel, and closed down its discovery group entirely to concentrate on building up the development function. “We had more than enough to work on as a company — a rich basket of compounds,” Munshi says. “Substantial” investor interest in the company rebuild has driven two strong financing rounds so far in 2017, he says.

Arena has no plans to reinstate a discovery research group in the extraordinary case it somehow brings all of its products to market with all potential indications. But if you’re worried about what happened to the company’s proud team of leading GPCR scientists, there is a possible happy ending — with the ongoing Beacon Discovery incubator. “When we terminated discovery research, we allowed the individuals to spin out Beacon as a small, independent resource group, which does some work for us on a contract basis. We also have a right to look at compounds they produce to see if anything is of particular interest for us.” Another lesson from Arena: Even when you succeed with a new strategy, never stray too far from your old friends.