New contender with a new target and mechanism in blood disorders 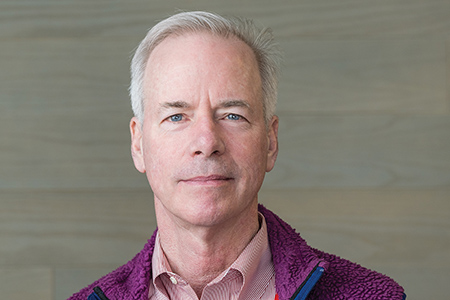 Imago BioSciences is developing bomedemstat, an LSD1 (lysine-specific histone demethylase 1A) inhibitor, for myeloproliferative neoplasms (MPN), rare blood diseases in which the production of blood cells and constituents runs amok. The drug is now entering the second stage in a Phase 2a/b trial for one of those conditions, myelofibrosis (MF), a rare bone-marrow cancer. Imago plans to launch Phase 2 studies of bomedemstat in related hematologic disorders, such as essential thrombocythemia (platelet overproduction), in 2020. Imago also has bomedemstat in early programs for various blood cancers and solid tumors. It has completed a Phase 1/2 trial of bomedemstat in AML (acute myeloid leukemia) as monotherapy and combined with an existing agent.

In developing a new drug for MPN diseases, Imago is entering a space where two potential competitors, Jakafi (ruxolitinib) and Inrebic (fedratinib), both JAK (janus associated kinase) inhibitors, are already on the market. Although Imago’s drug, bomedemstat, has a novel target and a distinct mechanism from the JAK inhibitors, it faces inevitable challenges in following them into this rare disease area, from funding and partnerships to clinical trial planning and supply. Overall, it must produce data that convinces stakeholders that its drug offers at least a complementary if not superior option in treating myeloproliferative neoplasms (MPNs) such as myelofibrosis, essential thrombocythemia, or polycythemia vera. Those are all conditions where the body overproduces blood cells and blood-related tissues to harmful levels.

The two marketed JAK inhibitors improve symptoms but do not arrest the fatal progression of disease. Ideally, any new therapy should go beyond the existing treatments to alter the disease’s history. In other words, Imago must prove its drug is not a “me-too” product but a new weapon against the MPNs, and it must make its case not through marketing and persuasion but in wise clinical development. In technical terms, by targeting an upstream receptor, LSD1, to inhibit the bone marrow’s overproduction of certain blood cells, bomedemstat might also impede natural disease progression.

Bomedemstat has received orphan-drug and fast-track designations from the FDA and is now enrolling patients in a 24-week Phase 2b study in the United States and Europe of 75 myelofibrosis patients who failed ruxolitinib. The Phase 2a part of the study indicated good safety and positive responses in stable blood counts in three-quarters of treated patients, with a few others showing more responses such as shrinking of a swollen spleen. In preclinical mouse models, the company says the drug “reduced spleen sizes, lowered white blood cells and platelet counts, reduced inflammatory cytokines and mutant cell burdens, facilitated resorption of reticulin fibrosis in bone marrow, and enhanced survival.”

Does bomedemstat change the natural history of the disease? “It’s too early to say,” is the word from Imago’s CEO, Hugh Rienhoff. “We’ve only treated, at this particular stage, about 30 patients, and to measure overall survival is a multiyear endpoint. But the mouse model data suggests, from a mechanistic point of view, bomedemstat could have that impact, so we’re certainly trying to measure that in our studies. If the drug has a different mechanism of action, there’s a reasonable chance that the clinical benefit is also distinct.”

The mechanistic argument is critical to investment and other practical considerations when a company’s product is still in early to midstage development. “I like to say JAK inhibitors are working at the front door of the building, and LSD1 inhibition is working in the C-suite because LSD1 regulates the differentiation and function of these cells and not just the growth and proliferation aspects JAK regulates,” says Rienhoff. If those mechanistic factors do translate into superior clinical benefits, Imago’s drug will have a good time of it when it reaches the market.