To heal the wounds — maintaining and restoring cellular homeostasis with novel secretomes. 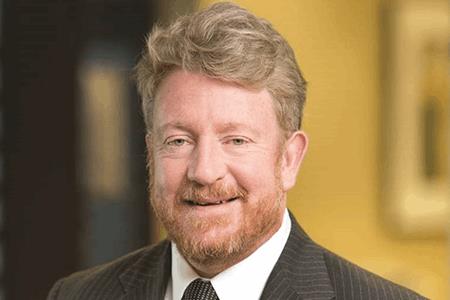 Noveome Biotherapeutics uses novel cell culturing to make therapeutic forms of “secretomes” to help heal wounds where the natural process of healing is impaired. Secretomes contain various cellular factors, normally produced by the body’s cells, that use “paracrine signaling” to maintain cellular homeostasis and mediate immune responses. The company is in two Phase 2 clinical trials, one in treating allergic conjunctivitis in the eye, the other in treating gum and bone damage from periodontitis

WHAT’S AT STAKE
Wound healing generates contrasting views, and even controversy, because wounds are so complex, involving an interplay of inflammation, nerve dysfunction, cell/tissue loss, and disruption to normal cell signaling and homeostasis. The complexity makes cause and effect difficult to discern; new treatments depend mainly on theory and empirical results, leaving a large void of unexplained mechanisms in between. Diagnosis and prognosis may overlook the tissue damage caused by comorbid conditions or focus on a single element entirely, such as bacterial infection. Once recognized, however, many intractable “wounds” associated with trauma or disease appear to respond to similar protein- based substances, Noveome’s proprietary “secretomes,” each one a novel collection of biomolecules with multiple targets associated with maintaining cellular health and genesis.

Noveome sees its lead product, the secretome coded ST266, as particularly suited to treating wounds of all kinds where healing is “impaired.” Beginning with two discrete targets, in the eye and mouth, respectively, the company hopes to show the secretome’s ability not only to heal damage by restoring cells, but also to prevent it by keeping cells in a healthy state, or “homeostasis.” Secretomes work by addressing the local communication between tissue and cell via “panacrine signaling” — the short-distance analog to the long-distance endocrine signaling between cells in the body. “The one common theme is that whenever we place our product into a system where the paracrine signaling has been disrupted, either through continuous inflammation or removal of cells or bacterial contamination, the product is able to restore homeostasis and often function,” says Clarke Atwell, president and CEO. The secretomes modulate inflammation as do steroids, but show none of the same side effects, he adds. “Our secretome also is able to accelerate impaired wound healing, and the important word there is ‘impaired.’ It has a neuro-protective property in the presence of inflammation as well as neuro-regenerative potential.”

In recent research using ST266 in a preclinical model of optic neuritis, the secretome appeared to reduce inflammation and demyelination and rescue the retinal ganglion cells. “We think the mechanism for this may be related to mitochondrial biogenesis in those cells,” Atwell says. “We were actually able to restore vision in the animal to close to baseline. We are currently working on a series of projects looking at other diseases in the back of the eye, in addition to our two clinical programs.” One of the other promising effects of ST266 is reduction of vascular permeability, which could help block pro-inflammatory cytokines in the target location.

Noveome has gone through several reincarnations since it emerged from a complex of academic institutions around the University of Pittsburgh in 2000. Its initial plans to develop therapeutics from nonembryonic stem cells eventually put it on the path to creating unique cell populations with the ability to generate novel secretomes containing the desired molecules. Examination of the data the company has generated so far reveals good proof-of-concept, but only convincing results from larger trials in humans will open the door for this highly novel approach.