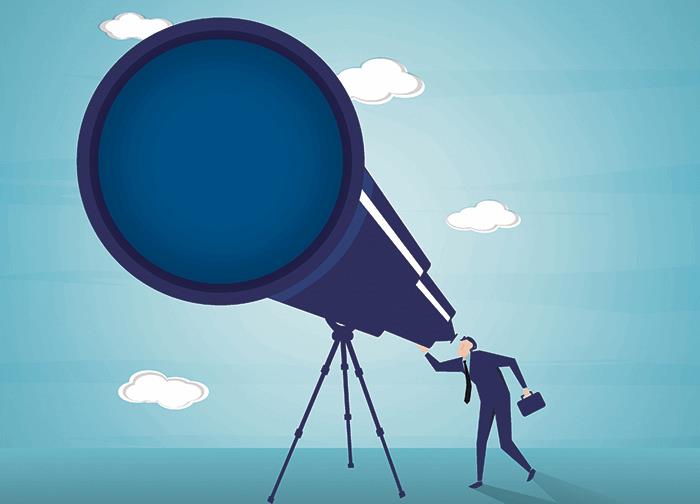 Unlike the companies profiled in our Companies-to-Watch (CtW) section in prior years, the 2015 crowd made mostly scientific rather than financial news. There were no record-breaking IPOs or stock peaks that produced the majority of headlines in the general or investment-oriented trade presses. The general tone was, thus, reassuring rather than sensational.

Almost without exception, the 11 CtW of 2015 (January – November) made subsequent progress in or toward clinical development of their lead products after appearing in the column. Most of the companies have passed early proof-of-concept studies and started new trials in humans to test their drug candidates for safety and effectiveness.

Still, the particular stories of the companies selected for CtW in 2015 continue to resonate with a number of overarching themes that have both immediate and long-term significance for the industry. Among those are drug pricing, global health threats, age-related diseases, vaccination and antibiotic resistance, pain treatment, and of course, the efforts to address multiple unmet and often unnoticed areas of medical need. For this year’s Companies-to-Watch Roundup, we asked companies not only to update us on their progress since their CtW coverage, but also to describe their targeted goals and milestones for 2016. In this Roundup, we also note some recent headline-grabbing developments with some of our CtW of previous years. (See the sidebar, “Ripped from the Headlines.”)

PaxVax
A socially responsible company pushes for global affordability and practical access to its “third-world” vaccines.

"2015 was an exciting year for PaxVax, marked by the expansion of our commercial operations globally, pipeline progress, and significant financial investment that position us for growth in 2016."

In April, we announced the signing of a series of new commercial partnerships and distribution agreements for our commercial typhoid vaccine Vivotif. These agreements ensure the global availability of Vivotif across Europe and Australia and complement our growing direct sales and marketing capabilities in the United States. Vivotif is currently licensed for sale in 25 countries.

In early December 2015, we closed a $105M financing deal led by Cerberus Capital Management, which allows us to eliminate debt and focus on the execution of our business plan, including the growth of the Vivotif business and launching our lead pipeline candidate Vaxchora, a single-dose oral vaccine for cholera.

Also in December, we announced the FDA’s acceptance of our BLA (biologic license application) for Vaxchora. As part of this acceptance, Vaxchora was granted priority review status, a critical step in the process of being awarded a priority review voucher. The BLA, which was submitted on Oct. 16, 2015, is based on successful results from 10- and 90-day cholera challenge trials, as well as two other safety and immunogenicity trials in healthy adults.

I became CEO of PaxVax in May 2015, succeeding company cofounder Ken Kelley. Ken’s vision for a company that has both a social and commercial mission has been an important catalyst in our success to date.

In 2016, we will be focused on executing our strategy to build the world’s largest specialty vaccine company; making progress on our pipeline candidates, which include vaccines for anthrax, HIV, and hepatitis A; the expansion of our Vivotif business globally; and preparing for the commercial launch of Vaxchora. The FDA’s action date for the Vaxchora BLA is June 15, 2016. If licensed, Vaxchora would be the only vaccine available in the U.S. against cholera.

Tetra Discovery Partners
A determined young company revisits a discarded mechanism and finds a new path to broad-based therapeutics for cognition-related diseases such as Alzheimer’s.

"Tetra achieved the goal of entering BPN14770 into human clinical trials. BPN14770 is a first-in-class Phosphodiesterase 4D Negative Allosteric Modulator (PDE4D-NAM), with the unique potential to both improve memory and slow progression of Alzheimer’s disease. Research has shown that PDE4D modulates the formation of new synaptic connections between neurons, and plays a key role in learning and memory storage. Studies are planned later in 2016 to assess the cognitive benefit of BPN14770 in otherwise healthy elderly subjects with cognitive decline."

NeuroPhage Pharmaceuticals
A company targeting a common amyloid structure of misfolded proteins in neurodegenerative diseases such as Alzheimer’s and Parkinson’s — and perhaps many others.

"The key event for NeuroPhage during 2015 was the acceptance of the IND (investigational new drug application) for its GAIM fusion protein, envisioned as a broad-spectrum disease-modifier, applicable to a variety of neurodegenerative disorders. First-in-man dosing will begin during the first quarter of 2016, and we anticipate near-term financing news as well."

"Resverlogix has made significant advances with the clinical program since April 2015. In Q4 2015, Resverlogix commenced a Phase 3 clinical trial, BETonMACE, with lead drug apabetalone (RVX-208) in high-risk patients with coronary artery disease (CAD) and Type 2 diabetes mellitus (DM). The primary outcome measure will assess the effect of apabetalone on time to first occurrence of major adverse cardiovascular events (MACE) in high-risk Type 2 DM patients with CAD. In the primary outcome measure, MACE is defined as a single composite endpoint of cardiovascular death, or nonfatal myocardial infarction (MI), or stroke."

In other 2015 significant news, Resverlogix:

Upcoming milestones for Resverlogix in 2016 will include:

AvidBiotics
This company’s “precision” drugs may hold the key to defeating antibiotics resistance and collateral harm to the microbiome — plus a new approach in antivirals and immuno-oncology.

"AvidBiotics’ emerging protein engineeringbased MicAbody platform has matured to enable the rapid design, production, and testing of multiple proteins, each of which engages both the innate and adaptive immune systems to precisely attack and kill targeted cancer cells in vitro and in vivo. The MicAbody proteins effectively pre-arm NKG2D-bearing cells with bispecific molecules to create virtual CAR-cells. We expect this year to select and advance specific MicAbody candidates toward the clinic with partners. Our other precision medicine platform, engineered high molecular weight bacteriocins (Avidocin proteins) to kill targeted pathogenic bacteria, has advanced and can now kill the most virulent strains of the C. difficile bacteria. We showed their ability to prevent infections in mice colonized by C. difficile and exposed to antibiotics, a model of the most frequent bacterial infection in U.S. hospitals. Treatment of healthy mice with Avidocins also has been shown not to compromise the ability of the healthy gut microbiota to resist infection by other bacterial pathogens, as do antibiotics. We anticipate in 2016 to advance the Avidocin manufacturing processes and broaden the killing spectrum of Avidocins to protect against the vast majority of C. difficile strains that are the scourge of American hospitals."

Genkyotex
Inhibiting NOX enzymes back to normal levels may forestall the ravages of reactive oxygen species in multiple diseases.

"In September 2015, Genkyotex announced top-line data from the Phase 2 clinical trial with GKT831, our lead NOX1&4 inhibitor. In patients with diabetic kidney disease, GKT831 demonstrated an excellent safety profile and statistically significant reduction in both liver enzyme and inflammatory marker levels. Treatment with GKT831 for 12 weeks resulted in fewer adverse events than placebo, confirming its excellent safety profile. However, a reduction in albuminuria, the primary efficacy endpoint of the trial, was not achieved in this patient population within this time frame."

The data from the Phase 2 trial confirmed preclinical data obtained in multiple models of fibrotic disorders, providing the clinical foundation for the development of GKT831 in the treatment of nonalcoholic steatohepatitis, systemic sclerosis, and idiopathic pulmonary fibrosis. The company is currently finalizing Phase 2 study designs, which are expected to begin in 2016.

GKT771, a potent and highly selective NOX1 inhibitor has been validated as a clinical candidate. GKT771 has broad therapeutic potential in multiple inflammatory and vascular disorders and will be ready to enter the clinic by the end of 2016.

Tonix Pharmaceuticals
A company focused on restorative sleep and a second pathway to pain control for PTSD and fibromyalgia.

"During the second half of 2015, Tonix completed enrollment in its Phase 2 'AtEase' clinical trial for TNX-102 SL (cyclobenzaprine HCl sublingual tablets) in the treatment of posttraumatic stress disorder (PTSD) and completed enrollment in its Phase 2 clinical trial for its drug TNX-201 (dexisometheptene mucate) in episodic tension-type headache (ETTH). Tonix also signed a cooperative research and development agreement (CRADA) with the U.S. Army Medical Materiel Development Activity (USAMMDA) to explore expansion and potential development of TNX-102 SL for the treatment of military-related PTSD. Additionally, we presented significant differences from placebo in our completed Phase 2b BESTFIT clinical study of Tonmya for the treatment of fibromyalgia. Looking to the remainder of 2016, we expect to report top-line data for our clinical programs in fibromyalgia, PTSD, and ETTH."

Thrasos did not return a response to our request for an update — and everything has remained equally quiet for the company since last fall. In November, it extended its intellectual property protection in Japan, where it won a composition-of-matter patent for its lead product, THR-184, a peptide drug for prevention of acute kidney injury (AKI) in cardiac-surgery patients. Our CtW column on Thrasos emphasized the often-overlooked importance of kidney damage as a common side effect of many other conditions and treatments, including surgery. According to the company press release regarding the Japan decision, THR-184 has similar patent coverage in the United States, Australia, and many countries in Europe such as England, France, Germany, Italy, and Spain. “This patent covers a genus of polypeptides, including THR-184, and the use of these peptides to treat subjects having, for example, kidney disease. The allowed claims also cover nucleic acids, vectors, and cells comprising the nucleic acids that encode the allowed peptides,” says the company.

Corbus Pharmaceuticals
A company intent on flipping the "off" switch in rare, chronic inflammatory diseases.

Corbus also did not send an update for this article, though it recently shared the following information with us. All three of the company’s drug-development programs for its lead candidate Resunab are now in midstage clinical trials. In September, the company started a Phase 2 trial of the drug for treatment of cystic fibrosis (CF), adding to its ongoing Phase 2 trials in systemic sclerosis and dermatomyositis, which began earlier in 2015. “Resunab is a first-in-class drug that induces the resolution of inflammation. The CF study is our third Phase 2 trial launched so far this year in a rare inflammatory disease, joining the Phase 2 trials in systemic sclerosis and dermatomyositis launched previously in 2015,” said Yuval Cohen, Ph.D., CEO in the press release announcing the CF trial. “The systemic sclerosis and CF studies are scheduled to conclude in the fourth quarter of 2016, and we look forward to reporting top-line data at that time.”

"Mucosis Chief Scientific Officer Kees Leenhouts, Ph.D., published an article in ADVANCE for Respiratory Care & Sleep Medicine about how advances in knowledge of the immune system are providing hope for an RSV vaccine. Mucosis also presented insights on development of a novel needle-free vaccine for RSV prevention at the RSV Vaccines for the World conference in November. The presentation highlighted the antigenic and immunological characteristics of the company’s unique prefusion F antigen, the core technology behind its lead product, RSV vaccine SynGEM. In 2016, the company will be entering human proof-of-concept studies for SynGEM and looks forward to sharing more data as it moves toward a viable solution to prevent this devastating disease. In the coming year, Mucosis also plans to continue pursuing additional partnership opportunities with industry, nonprofits, and academia in order to fully exploit its novel Mimopath vaccine technology."

Vascular Pharmaceuticals
Tackling diabetic nephropathy through a new pathway is the focus of this company.

"Vascular Pharmaceuticals’ Phase 2 adaptive design clinical program continues to progress, and enrollment of an additional patient cohort began in January 2016. A financing round to support the next phase of enrollment closed in December 2015. The next interim data analysis will occur in Q4 2016."

RIPPED FROM THE HEADLINES

Some of the Companies To Watch (CtW) featured in prior years made major waves in 2015.