Fighting MS and other diseases through a novel target — human endogenous retrovirus expression. 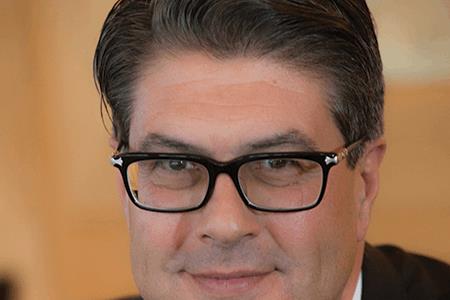 GeNeuro is developing drugs for targeting a novel disease mechanism that is directly causal, not one indirectly related to the disease symptoms targeted by conventional drugs: human endogenous retrovirus (HERV) expression. GeNeuro’s lead program, for the drug coded GNbAC1, is in a Phase 2b trial for treating relapsing remitting MS, conducted in partnership with Servier, with sixmonth data expected in October this year. GNbAC1 is also in Phase 2 trials for Type 1 diabetes, with results expected in the second half of 2018.

WHAT’S AT STAKE
Several years ago, we published the “Hot New MoAs in Neurodegenerative Disease” series, covering Alzheimer’s, Parkinson’s, and MS in three respective parts. No one among the MS opinion leaders mentioned endogenous retroviruses in the discussion. Indeed, one of GeNeuro’s main challenges is overcoming skepticism or ignorance about its unique approach to MS and other conditions.

As our series described, the main target of treatment for MS for many years has been inflammation due to unrestrained innate immune response — and that was where the thought leaders still pinned most of their hopes for new and improved therapeutic agents. Fighting MS has become synonymous with suppressing the immune response by inhibiting the immune system, then trying to limit the treatment’s inevitable toll on the body.

Eons ago, endogenous retroviruses infected and inhabited the human genome, and they normally sit dormant until activated by something like a herpes infection, when they can express harmful proteins and cause disease. In MS, the research shows the human endogenous retrovirus- w (HERV-W) family encodes MS-associated retrovirus envelope protein (MSRV-Env), which promotes inflammation and myelin loss in neurons. GeNeuro designed GNbAC1, a humanized mAb (monoclonal antibody), to block the protein’s pro-inflammatory and anti-remyelination effects at the disease site.

“This dual mode of action through targeting a potential causal factor, relevant in all forms of MS, without affecting the immune capacity of the patients, makes this approach truly unique,” says Jesús Martin-Garcia, GeNeuro’s CEO. “MSRV-Env has been shown to be a pathogenic protein and has no known physiological function. Therefore, it is expected that GNbAC1 will have a very favorable safety profile, as evidenced in clinical trials to date.”

Outside skepticism about GeNeuro’s scientific concept has made fundraising even harder than usual for a startup. But the Swiss company has found considerable support in Europe thanks to two main factors, Martin-Garcia says. “We had visionary early-stage investors who recognized the value of the scientific research emerging from Institut Mérieux and INSERM, as well as the potential disruptive nature [of GNbAC1] if translated into therapeutic applications.”

GeNeuro remains the only company doing clinical development based on HERV expression, but Martin-Garcia says academic scientists are identifying potentially new links to disease at an exponential rate. He cites the company’s many collaborations as well, such as a CRADA agreement with the NIH to develop a novel antibody treatment for amyotrophic lateral sclerosis. The partnership will build on NIH discoveries associating the envelope protein of HERV-K with ALS and on GeNeuro’s HERV-protein antibody expertise. The company’s deal with Servier will amply support the development program for GNbAC1 in MS.

Like many startups emerging from preoccupation with their scientific mission, GeNeuro is now turning some belated attention to explaining itself to the world. “With hindsight, we had certainly not dedicated enough time to making this novel area more accessible and easier to understand,” says Martin-Garcia. “Now we are making considerable efforts to communicate our novel approach, but the key remains the data we will generate through clinical trials.” True enough. Words may carry meaning, but the data must agree.