Targeting toxic forms of beta amyloid and other misfolded proteins that cause neurodegenerative diseases such as Alzheimer’s and ALS. 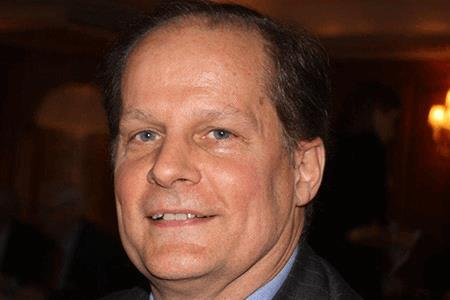 ProMIS Neurosciences is in preclinical development of monoclonal antibodies (mAbs) targeting the toxic oligomers of proteins, such as amyloid beta, that cause neuron death in Alzheimer’s and amyotrophic lateral sclerosis (ALS). In parallel, ProMIS is creating companion diagnostics to match agents targeting specific prions to appropriate patients.

WHAT’S AT STAKE
If you have a guided missile, be careful where you aim it. In medicine, the closest thing to an ICBM is the monoclonal antibody and its descendants, the various molecular scaffolds for delivering drugs to all the right places. People forget or never learned that mAbs almost died an early death, the first products exploding on the launch pad. Not for lack of power, but for lack of accuracy.

But the issue of targeting remains in each new use of mAbs for treating diseases whose causes are still unknown or inadequately understood. ProMIS believes inaccurate targeting is to blame, in fact, for lack of progress against Alzheimer’s disease, as marked by the headlined failure of Lilly’s solanezumab last year. “Neurodegenerative diseases are caused by the toxic oligomer variants of misfolded proteins, like beta amyloid or tau, not the monomer or plaque forms of beta amyloid — that’s the key insight,” says Gene Williams, executive chairman. “What we know now is the neuron-killing variant is the toxic oligomer. Amyloid monomer is created in your brain from the moment you’re born; it’s a breakdown product of the amyloid precursor protein. The only pathological role of the monomer is that it aggregates; it is the raw material for making toxic oligomers.”

In youth, the immune system continually clears the beta-amyloid monomer or plaque from the brain, but under stress or age, the system may fail to keep up, and the plaque accumulates, he explains. Yet the manifestation of Alzheimer’s disease in the mass death of neurons is not caused by the plaque, he asserts, but by toxic, misfolded oligomers of the beta amyloid and tau proteins, or prions. “In Alzheimer’s, the toxic oligomer of beta amyloid can interfere with tau through hyperphosphorylation, creating toxic tau, and it looks like both of the toxic oligomers are involved in killing neurons. But the key is, if you’re treating the disease, you have to be highly selective for the toxic oligomer form.”

Biogen/Neurimmune’s aducanumab, the first Alzheimer’s drug to show cognitive improvement, has a dose ceiling because it causes a side effect called ARIA (amyloid related imaging abnormalities), which involves fluid leakage from the blood into the brain. Williams accredits the effect to insufficiently narrow targeting and believes his company’s approach will improve on therapeutic accuracy.

ProMIS actually screens a large number of different mAbs for their ability to bind with the unique “epitope” of the targeted oligomer, the part of the receptor on the surface of the beta-amyloid prion cells to which an antibody will attach. Drawing on the considerable experience and expertise among its leadership and staff, it has created preclinical models and other tools for dissecting the toxic prions involved in Alzheimer’s and ALS.

So far, the company’s proof of concept has played out precisely. In fact, with multiple therapeutic candidates identified, it also hopes to apply even more “precision” to its medicine with its companion diagnostics, which would match treatments aimed at different epitopes to patients whose pathologies involve particular toxic oligomers. It is natural to wonder whether clinical trials will only clarify the value of individual testing or perhaps render it moot if a single prion type proves overwhelmingly critical in causing disease.