Crossing Over From Supplier To Sponsor

What can make a company decide to enter new therapeutic entities into clinical development after decades as a dedicated supplier to bio research labs? The cofounders of ArunA Bio, chief science officer Steven Stice and his wife, COO Tracey Worthington-Stice, can clearly explain the reasons and implications of their company’s decision to shift its focus from supplying researchers with neural stem cells to developing a pipeline of exosomes, the “messenger” component of stem cells, applied to neurodegenerative disease.

Strong science drove the shift, but the company also thought to take maximum advantage of its manufacturing expertise and capability, collective industry experience, and concentration on the motivating field of stroke. It also has adjusted to the transition from a top-line supplier of a known lab product to early developer of a potential new therapeutic class and delivery mode.

Under its original name, ArunA Biomedical, the company had a thriving business as a supplier before its change of focus in 2017. “We were supplying some of the biggest and most reputable institutions in the world with our neural stem cells, and doing it successfully,” says Steven Stice. “But the opportunity to further pursue the potential of our exosomes, derivatives of the neural stem cells, was simply too important to pass up, given the potential we saw.”

In its refocusing, the company gave up its supplier business entirely. Why go on without a thriving source of revenue? Start with internal issues: lab supply demands a completely different business model; entry is relatively easy to manage because there is no real regulation, and sales volume is the sole measure of success. To have the supply and therapeutic organizations under a single roof would probably have created two opposing cultures within the company and likely compromised both sides in the conflict.

So the remaining question is, what was so compelling about the new enterprise that would justify giving up the old business? The answer may sound straightforward enough in this case — the company was drawn to the prospect of building something bigger than supply. But the decision also touches on the central mystery of biopharma in general. No one can say for sure how the mere promise of bringing a new treatment mode into the world, no matter how scientifically sound, motivates people to abandon the comfortable status quo for the dramatic risk, stress, and strain of new drug development.

Discovery itself can have life-changing power. “From my research and academic sides, I’ve always been interested in figuring out how we can turn a stem cell therapy into therapeutics, but the stem cell field always has been held back by the disease-causing or delivery problems with stem cells,” Stice says. Exosomes offer the potential benefits of stem cells, but they do not appear to cause similar problems such as immune system rejection, and they may also make an ideal delivery medium in themselves. They can be targeted at specific tissues and reach everywhere in the body, including the brain, either as stand-alone therapeutics or as carriers of other agents. Exosomes may also have a unique therapeutic advantage because they do not seem to trigger an immune response, making them a potentially safer approach to treatment. Those were all compelling reasons to focus the company on them. 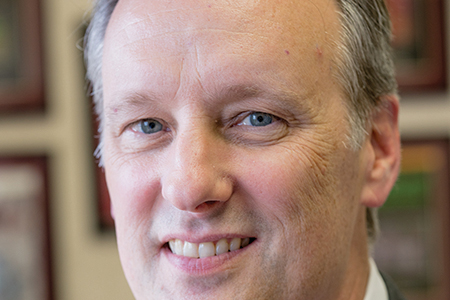 “I’ve always been interested in figuring out how we can turn a stem cell therapy into therapeutics, but the stem-cell field always has been held back by the disease-causing or delivery problems with stem cells.”

With the startup of ArunA Biomedical in 2005, the cofounders moved it from New Jersey to Athens, GA, where it could work with exosome research experts at the University of Georgia. Then in 2017-18, when refocusing the company to exosome development, Stice says they shortened its name to ArunA Bio, “to reflect our new business while recognizing the expertise we created over 12 years manufacturing and developing neural stem cell lines still applies.”

Exosomes were considered a mere byproduct of stem cell production, but early bench studies suggested they had powers of their own to regenerate tissue and suppress inflammation. Proof-of-concept and other preclinical studies essentially provided the rationale for the company’s founding and development — and for raising funds. But those studies mainly yielded mechanistic information about the possible therapeutic and delivery value of exosomes rather than biological response in humans. Subsequent animal studies seemed to confirm the safety of the agents, however, and they also produced the first strong signs of positive biological effects.

“The real ‘ah-ha’ moment for us came when we saw the data from our first study looking at administration of neural exosomes in the mouse model,” says Stice. “The results were eye-opening, and really the first time that we truly recognized the ability of what exosomes could do for the treatment of stroke and neurodegenerative disorders.”

The animal-model study in stroke showed evidence the company’s first neural exosome product, coded AB126, reduced inflammation, promoted remyelination, and had neuroprotective properties. Mice and pigs treated after stroke showed improvement in walking as one sign of improved neural function. With the animal studies, the company overcame its first big challenge, according to Stice, which was determining the specific research programs it would need to develop actual drug products. “These models provided an excellent opportunity for us to see the true potential of exosomes based on the remarkable results we saw. Through our own experience and access to the facilities at the University of Georgia, we were able to manufacture the exosomes and complete the initial animal trials, which have helped lead us to where we are today.” Programs in ALS, Huntington’s disease, and stroke are continuing toward clinical trials.

Now the company faces the next layer of challenges — narrowing the field of disease states where it will target its exosome products, based on where they might do the most good. “We are very encouraged by the data we have in stroke, but are looking well beyond the treatment of acute ischemic stroke, knowing that exosomes have demonstrated anti-inflammatory, neuroprotective, and neurodegenerative properties based on data from multiple studies,” Stice says. “This opens the door to treatment across a wide range of neurodegenerative diseases. Determining the best path forward is something we are working toward. It’s a problem we are fortunate to have.”

What has been the most striking effect of going from top-line supplier of a known lab product to the primary sponsor-developer of a potential new therapeutic class and delivery mode? The first part of that question holds the key to one answer: the effect of having a reliable, proprietary manufacturing capability already in place. At this point, the company figures it has enough manufacturing capacity to supply its clinical trials. And underlying that technology and the exosome knowledge base is an extensive IP portfolio built over the entire company’s history.

Another effect is less advantageous: Without the steady stream of revenue it had as a supplier, the newly focused company must now raise funds as any other startup. So far, its research expenses have been limited to preclinical work, and it has raised about $24 million to date. But as it progresses through larger human trials, those needs will jump by at least a scale of magnitude. The company is counting on future partnerships, especially in the delivery part of the business, but also perhaps in areas it has not claimed for itself alone. “The most striking effect of our current focus is knowing the potential exosomes may possibly have both as a therapeutic alone and as a delivery vehicle across a wide range of disease states,” says Stice.

ArunA Bio has drawn on industry expertise and executive talent to prepare for a new stage of business development. Its relatively new CEO, Mark Sirgo, brings not only long management experience, but also years of drug development work, complementing the discovery- to-manufacturing breadth of the cofounders’ backgrounds. Personal factors seem every bit as important as tangible assets at this reborn company.