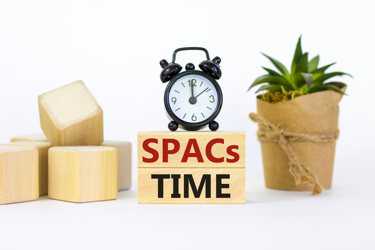 Much of that fuel may end up at CDMOs, but let’s not get ahead of ourselves.

Kirkpatrick spoke with me as she readies her company to go public via a SPAC, and as the U.S. Securities and Exchange Commission (SEC) reviews the filings.

The SPAC transaction values Ensysce at $207 million; existing stakeholders of Ensysce will roll their interest into the public company.

“I’m sure going through this is similar to doing an IPO,” Kirkpatrick says. “But there are some differences. One for us was the timing.”

Actually, a fortuitous timing, and one exemplary of the path the biopharma industry is heading down.

Ensysce announced it was making some biopharma history in February as one of the first pure-play biotechs to consummate a deal with a SPAC. (For more on Ensysce, see: SPACs, Opioids, and COVID: Ensysce Biosciences Making "Virtual" History)

As a reminder to readers, a special purpose acquisition company is a public entity with no commercial operations (a so-called shell). 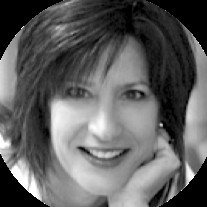 It’s formed by investors specifically for the purpose of acquiring an existing company. (SPACs are sometimes called "blank check companies," because early investors do not know what acquired company will fill the “shell.”)

The money SPACs raise in an IPO can only be disbursed to complete an acquisition (in a defined amount of time), or the money is returned to investors.

Since Therapeutics Acquisition Corp formed the first SPAC specifically targeted at biopharma companies in 2020, dozens more have been formed.

More broadly, according to the NYSE, in 2020 there were 50 SPACs going public within the broader category of “healthcare’ as the target sector.

However, the SPAC acquiring Ensysce was not focused on our industry. It is named the Leisure Acquisition Corp. (LACQ).

So are we creating a “leisure biopharma” industry?

Don’t read too much into the name, says Kirkpatrick.

SPACs often run across industry lines when they uncover opportunity-companies to bring public.

Nonetheless, in our industry, we talk a lot about taking on “smart money,” i.e., investors or M&A activity that along with funding streams, brings those with industry experience who can help guide a biotech through development and manufacturing stages.

Is this (non-biopharma focused) SPAC deal an example of smart money?

“Not exactly in that way,” replies Kirkpatrick. “But they certainly are a group of very smart individuals, and they are connecting us to more investors, and healthcare professionals as well.”

She adds with a laugh: “Money is money.”

“A lot of times in our industry and the scientific world, we don’t have those financial connections. For Ensysce, this is perfect. They've been extremely helpful in that regard.”

In fact, just on the heels of their announcement, Ensysce and LACQ announced the appointment of David Humphrey as Chief Financial Officer.

Good Timing For All

In most cases a SPAC has 24 months to acquire a company before having to return its funding to investors. Ensysce purposely started looking for SPACs that were nearing this timing.

One reason: At the end of 2020, Ensysce executed a contract with Global Emerging Markets (GEM) for up to $60 million in funding pursuant to the public listing of Ensysce common stock.

No IPO, no dough.

“We were looking at all options to go public,” says Kirkpatrick, “including reverse mergers, and single purpose acquisition companies.”

Ensysce had “a huge list of SPACs” they were interested in talking with, but the good timing and great “chemistry” between the two entities got both sides focused and aligned from the start.

“Obviously – in any type of merger – you have to align,” Kirkpatrick says.

“We are taking over their company – we are their company. So there is a melding of some board positions, and mentally we are on the same page.”

“They've introduced us to individuals for board seats with expertise in various aspects of healthcare. They will have their representatives on the board, but we've been able to vet those candidates.”

“In some cases, when you're taking money from a banker, they might join the board, and drive decisions that may be more financially, but not logically, positive for a business.

“And sometimes mistakes happen. They think a certain change is more profitable, but they screw the whole thing up.

“On the other hand, LAQC recognized healthcare was different than their area of focus, but they understood how our technology could make a difference, both to healthcare and society.”

Did LACQ understand the CDMO/outsourcing paradigms in biotech?

I ask this because as we learned in part one, Ensysce is a virtual biotech outsourcing most everything, with a mere handful of professionals currently managing three clinical programs – two are opioids and one a COVID-19 clinical program.

“When we began our discussion, and before LACQ dug into the nitty gritty of how we were doing things,” Kirkpatrick replies, “they knew we obviously used a leaner business model.”

“They appreciated we haven’t poured thousands of dollars into facilities that we may or may not use. For a company of our stage, the model makes sense, and they understand that.

“We walked through how much money we needed, how we use it, and that cash flows more to these CDMOs than into any internal brick and mortar facilities.”

In fact, I’d editorialize here, outsourcing drug development, manufacturing, and clinical-trial management – our industry’s go-to model – may be a catalyst for more bio-SPACs in the future.

As we’ve learned with other investors and activity, SPACS and CDMOs seem to work well together.

“Going public isn’t easy,” Kirkpatrick says as we wrap up our discussion. “Besides preparing ourselves to become a public-ready company, we still have to run our business.”

“We are preparing the SEC requirements, auditing financials, and entering the full realization of it all: Once we close, we're a different entity with public-related responsibilities we have to ensure we're prepared for.”

A final question for Kirkpatrick: What will your NASDAQ listing appear as?

“It’ll change from LACQ to ENSC,” she replies with a smile. “When we announced the merger, NASDAQ put our logos in Times Square. It was so exciting.”

As is the potential for many more biotechs to go the SPAC way.

Still, I would have liked to see that leisure-biotech category take off.