How Important Is Geography To Today's Outsourcing? 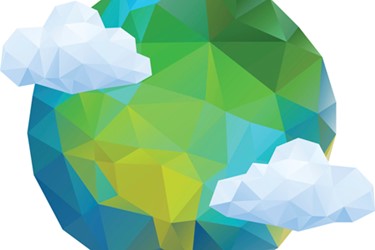 Trust in CDMOs starts with truth in advertising.

Recently, I wrote an editorial documenting negative reactions to nine press releases from CDMOs all claiming superiority at every service a sponsor needs, and each one was “the only end-to-end provider in the industry,” or some similar pronouncement.

Now comes an interesting press release essentially asserting superiority by a CDMO because they are local:

Geography as God of drug development and manufacturing outsourcing.

I reached out to two experienced biopharma executives, both familiar with the Boston/Cambridge-based industry, where this CDMO is located, for their reactions: Michael Kaufman, Senior Vice President, CMC at Mersana Therapeutics, and 15-year veteran of Merck; and George Avgerinos, currently Senior Vice President of Biologics Operations, Fortress Biotechnologies, and 22-year veteran of BASF/Abbott/Abbvie.

I also asked them about a secondary pitch within that press release that had me laughing aloud. But it turns out there, the joke is on me.

We’ll get to my misguided laughter later. Let’s start with Kaufman’s response to the release, which by the way, he had not seen until I forwarded it to him.

One Abroad, One At Home

I ask him if this headline (slightly alerted) and tact are effective:

“Well,” Kaufman starts with a laugh, “You might say I am a sucker for press releases. I'm always interested in learning about new players and new capabilities. I almost always grant office time to people who say, ‘We're in the area, we'd like to see you.’ And they accept even with me saying I'm not sourcing anything right now.”

Kaufman mentions two recent examples where geography did – and did not – play a factor in outsourcing an important project. Mersana has been developing a new scaffold, Dolasynthen, to complement the biotech’s existing scaffold, Dolaflexin.

The Dolaflexin sourcing strategy a few years ago was interesting, explains Kaufman. The process for that scaffold has elements of classical organic synthesis, such as amide bond formation and catalytic hydrogenation. “Many CMOs can do this,” he says.

However, it also had elements of unit operations more typically found in biologics, including ion exchange chromatography and nano-filtration. It was difficult for Mersana to find a CMO good at each component. “We ended up taking that scaffold to Asia,” says Kaufman. “We've disclosed we're working with Asymchem on that unusual hybrid process.”

“We put it out for bid,” explains Kaufman, “and received credible proposals from a manufacturer in Asia again, two in Europe, and from one that's local – within driving distance of our Cambridge home. It was a diverse set of choices. All four were sound in terms of technical aspects and capability. There were clearly a most and least expensive option, but didn't vary by more than about 20%; all three had sufficient capacity.

“So if you think about this sourcing decision, on the cost-capacity-capability triangle, it came down to capability for us. And when novel technology is a driver, that's a situation where I feel you most benefit by proximity. We chose the CMO closest to us, understanding their being within 30 miles could foster increased collaboration, so important on a new process that's not terribly well understood by either the sponsor or the CMO.”

Distance, in this second case, could have also become an overall distraction.

For Mersana’s existing Dolaflexin collaboration in Asia, teleconferences were held either late at night or early in the morning. “That's fine with a large company, when you have A and B team doing projects separately,” Kaufman says. “For a smaller company like Mersana, we have the same people doing both projects. This could really start to burn people out if they're doing two projects in Asia. Particularly in Cambridge, you have to consider workplace and quality of life; it’s so competitive. You put all the tangibles and intangibles in the bag. We came to a unanimous decision that in this circumstance, proximity was a huge driver for us, and that's how we made our decision.”

The Value In Yes And No

Turning to Avgerinos, he says “geography is and isn't important.” He has detailed reasoning for each side of that statement. In fact, in a separate editorial, Avgerinos will provide us a comprehensive list that puts proximity in perspective when it comes to all the components a biopharma company has to consider when selecting CDMOs.

Specifically on the merits of this press release, though, he says:

“It is clear that an increase in biotech venture funding continues to drive an increase in CDMO offerings.  If through their release, the CDMO is trying to differentiate themselves from the flock on the basis that proximity is a critical factor, I’d start by parsing it on its merits. Is it true that their specific capabilities of interest are the only ones available in close proximity to Cambridge? What exactly on that menu of capability is enhanced by proximity? How do you see their cGMP facility capability with respect to your specific needs – there’s at least four or five fairly large experienced CDMOs who all have presences in the greater Cambridge or Boston area, with some level of local capabilities.”

“Anyway,” continues Avgerinos, “as a drug sponsor, you have to bucket your entire process, discovery to transition, first-in-man, process development, clinical supply, commercial launch, and life cycle management in order to evaluate what you really need now. At each stage, projects have absolutely essential and varying drivers, such as reduction to practice, phase three or commercial launch quality, market access, volume, price, capital and tax implications. For a virtual company, you’re not serving yourself or shareholders if, based on your current phase and future plans, you are not able to get on the phone with the best aligned organization wherever in the world.”

I had laughed aloud when I read in the press release the company has “an open door policy where clients can drop by to discuss their projects with our scientists, and see their data in real time.”

“Hey, listen,” said Avgerinos, “you are like me. I’m sorry. We are fossils. You know the Cambridge culture right now? It is in fact like this release suggests. There is a younger generation out there who are, or expect to be, CEOs getting together in coffee-shop forums talking about projects. They’re openly collaborating on a diverse range of exciting new programs and ideas designed to revolutionize our business and the way we do it.”

“Good point,” I respond weakly. “So this release is targeted at the new drug developers in Cambridge/Boston starting the next-generation biotechs …”

“Do you think?” laughs Avgerinos. “I come across a lot of millennials now in various roles. The times are changing.”