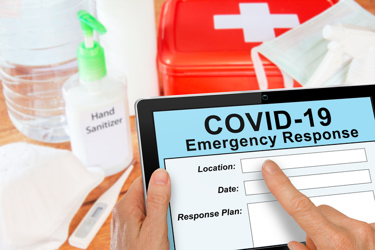 Status quo is Latin for “the mess we’re in.”

History implies the “mess” perpetuates until forcefully called out, and alternative directions and determined actions are enjoined.

Which leads us to The Pharmaceutical Research and Manufacturers of America (PhRMA), and President Donald Trump’s executive order (EO) directing U.S. government entities to secure, to the degree possible, essential medicines produced via domestic supply chains.

PhRMA is the Washington, D.C., trade and lobby group representing and relying on funding from 33 biopharma members to conduct advocacy activities on their behalf.

Donald Trump is … well, you know.

According to The National Constitution Center in Philadelphia, “An executive order is a directive from the President that has much of the same power as a federal law.”

“Every President since George Washington has used the executive order power in various ways.”

I’m a big fan of our first president, not so much of the (overuse) of EOs, and certainly not of excessive government muddling in markets and commerce.

On the other hand, it is distressing to think that China – or any other country – has a degree of practical or theoretical control over the supply of generics and essential medicines in the U.S.

After reading the “Executive Order on Ensuring Essential Medicines, Medical Countermeasures, and Critical Inputs Are Made in the United States,” my first thoughts were directionally, and substantially in most part, it serves as a valuable call to action.

PhRMA had a very different reaction.

In an instant, it released a press release that said in part:

“The administration is forcing biopharmaceutical companies to shift their critical attention and resources away from COVID-19 work to focus on making substantial changes to their business models necessary to comply with this and other recent executive orders.”

This, in a word, is disingenuous. It might even be perceived as a threat to Americans.

It’s true the President has issued a slew of EOs, and therefore PhRMA’s reference to executive “orders,” including four at an event last month regarding drug pricing and other aspects of the drug market, with which PhRMA also vehemently disagrees.

Nonetheless, those in our industry I reached out to all agreed: Pitching COVID-19 efforts against this particular EO was not a wise way to voice opposition.

“I was shocked at the over-the-top criticism and tone by PhRMA,” said Martin Van Trieste, President & CEO, Civica Rx. “First of all, this doesn't help you negotiate around any of these EOs and policies.”

Van Trieste and Civica, in fact, have proven you can competitively produce and sell common generics into the U.S. health-care system

“I believe in my heart and soul we need to diversify the pharmaceutical supply chain,” he says. “That means we need to bring back some of the manufacturing to the U.S.”

“That executive order provides economic and regulatory incentive to do that. It doesn't punish anybody. Choose to do this or not. And you know what? Why would the VA and Department of Defense buy drugs not made in America, with American tax dollars?”

Nicole Longo, Director of Public Affairs, PhRMA, quickly responded to my request for more on her organization’s position.

“The industry’s priority right now is to beat COVID-19, which includes ensuring we have the manufacturing experts devoted and capacity needed once a vaccine or treatment is approved to meet demand quickly.”

Still, every drug supply chain professional I spoke to disapproves of PhRMA’s framing, and disagrees with its assertion.

They do not agree that endeavoring to establish more domestically centered supply chains by companies manufacturing common generics and other essential medicines will inhibit vaccine research and manufacturing for COVID-19 by innovative biopharma companies.

First off, for the most part these are not even the same companies – those producing generics (at large-scale), and those innovator companies striving to secure new vaccines and their supply chains.

Second, even if there are groups within the same organization involved with, for example, ibuprophen production, they have little to do with vaccine research or development.

Longo counters that the list of essential medicines was not even finalized in the EO: “How can you say definitively which medicines will or will not be impacted?” She also says manufacturing experts can be the same for both generic and innovative drug supply chains, and their focus could be shifted to onshoring activities.

But a third point is perhaps most unassailable: The EO in fact does not “force” any biopharma company to do anything.

It directs government agencies to the extent possible to contract for drug supplies from organizations whose supply chains are more situated in the U.S.

Says Van Trieste: “I mean, the government's not dictating; they're providing financial incentives, and preferred buying of American-produced products. I'm for free markets, but I’ve never heard anybody complain about r&d tax incentives, or Puerto Rico tax initiatives to build a plant there.”

“This is not a mandate; this is a carrot approach. ‘You produce in the United States, and I'll create the marketplace for you.’ I just don't see it as a government controlled economy argument.”

Time To Smarten Up?

If this most recent EO has anything to do with the Wuhan virus, it’s this:

A further response to the lesson learned that drug supply chains, not diversified and for specific materials concentrated outside the U.S., are a risk.

“During the pandemic,” remarks Van Trieste,  “We have seen friend and foe ban the export of critical medicines, PPE, active ingredients, medical devices, diagnostic test reagents, to outside their country.

“We've seen it, we've proven it. We've been fortunate to live through some of this and make it out the other end. But that’s been good fortune, not from being smart.”

PhRMA believes its members do not need an EO catalyst to land more manufacturing in the U.S. They’ll do it on their own – at some future, more “correct” timing.

We are not naïve here. There’s a presidential election soon. Perhaps the pressures to de-risk China, and manufacture more in the U.S., will simply dissipate with a new administration, and with the virus itself.

Regarding those supply-chain risks, Longo of PhRMA directs me to a blog she posted recently, that includes statistics such as this:

By now, like Van Trieste, I’d be surprised if most Outsourced Pharma readers didn’t counter this by pointing to the sources of the raw materials for all those API plants: China and India predominately.

Two sides to every story? We can be sure of it.

The biopharmaceutical industry can only be highly commended for the amazing work underway to bring the world vaccines and therapies to halt the spread and severity of COVID-19.

At the same time, this pandemic has informed us of how exposed we are to overseas supplies of critical raw materials and intermediates, nearly all our antibiotics and most generics, and some API.

PhRMA shouldn’t use this coronavirus as leverage to maintain the status quo.