Making Progress On A Micro-Budget

Startup investors come in a variety pack. On one end of the continuum are the generalists — folks with the common traits of money on their hands and an eagerness to put it into anything bespoken as hot. On the other end are highly informed, motivated people who study, understand, and enthusiastically support the industry in which they invest. Biopharma investors are often among the most motivated by personal factors, from family medical crises to pure idealism.

Fortunately, industry companies such as Eikonizo Therapeutics, which must start out with scarce financial support for entry into risky therapeutic territories, may sometimes rely on the latter group. Before the friendly investors step forward, however, the company must master the art of making do. That means, for starters, making the most of its natural advantages.

Eikonizo’s natural advantages include solid scientific origins in the Broad Institute and other MIT/ Harvard-community research centers, an industry-savvy management team, modest but early VC funding, and longer-term prospects for both private and public, non-dilutive investment. Dr. Janice Kranz, cofounder and CEO, bridges the academic and industry foundations of the company.

Eikonizo entered a tough area at a tough time. Beginning operation only in 2017, its chosen field is neurodegenerative disease. It is now targeting primarily ALS, but also has Alzheimer’s and others in its pipeline — all occupying an area beset in recent times by clinical disappointments, mechanistic debates, and even conspiracy theories. Yet, in that short period, and on an initial budget of just $2 million, Eikonizo has made substantial progress. It has already advanced candidates to the brink of Phase 1 trials, brought along several other programs close behind, and taken its companion PET tracer diagnostic into early clinical trials.

The company’s research roots, however, reach further back to its academic cofounder, Dr. Jacob Hooker, and his work at the Massachusetts General Hospital/Harvard Medical School’s Martinos Center for Biomedical Imaging. Hooker had developed new diagnostic neuroimaging tools for HDAC (histone deacetylase) enzymes, one of which, HDAC6, became the lead therapeutic target for Eikonizo. Other champions of the science Eikonizo employs are cofounder and head of R&D Frederick “Al” Schroeder, who comes from Hooker’s lab; director of medicinal chemistry Florence Wagner, from the Broad Institute; and company advisor Stuart Schreiber, at Harvard and cofounder of the Broad Institute.

Another benefit of academic roots is human capital, in play both before and after the company takes form. Although the others on the Eikonizo team are notable, Kranz sets the pattern.

She had followed a path only revealed to her as she stepped along it. Beginning early on the industry side as a newly minted Harvard Ph.D., Kranz picked up the phone when her lab received a cold call from the first Cubist scientist, which led to her joining the new antimicrobial company, initially assigned to starting a new program in yeast assays. She remained at the company for the next five years. “Being at Cubist satisfied me in so many ways — the intellectual curiosity, the scientific pursuit of creating something completely new, building a team from scratch, working with investors.”

But Kranz preferred the startup scenario. “I liked the first couple of years at Cubist more than I did the later years after an IPO and after it had grown from a dozen people to more than a hundred. I knew I was more attracted to the creative, early stage startup mode. Sometimes you can find that environment in academia or in a nonprofit.” After a two-year stint at Proteome (Biobase/Incyte), she moved on to the ALS Therapy Development Institute, her first foray into the neurodegenerative area. 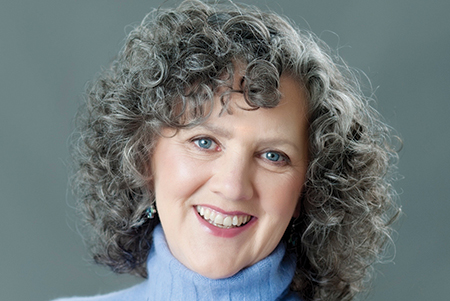 "I knew I was more attracted to the creative, early stage startup mode. Sometimes you can find that environment in academia or in a non-profit."

Kranz later joined the Broad Institute, a further step in the integration of her academic and industry sides. “The people at the Broad Institute pride themselves on having a foot in each camp of the academic and the industry model to make it the best of both worlds. Ed Scolnick, who had come from Merck, was trying to set up a mini startup within the Institute, the Stanley Center, focused on identifying new targets and getting significant treatments for psychiatric disease. That took me deeper into neuroscience, including the biology and some of the targets as well as some of the people now in this company.”

As the second in command at the Stanley Center, Kranz began to experience the desire to found and lead a company of her own. She first investigated forming a group of people to discuss the idea, but soon realized she would need to focus on a specific field and a concept for addressing a related medical need. At about the same time, she had met Hooker while he collaborated with the Broad Institute and began to entertain his HDAC imaging work as a possible seed for commercial science.

“I understood the science immediately because it was related to some of the science I had learned at the Stanley Center. Jacob brought in a scientist from his lab and a businessperson who runs the Martinos Center. So the four of us met every couple of weeks, just kicking the tires on the idea and also testing how well we got along, what our objectives were, what our values were, and what the scientists in us were trying to figure out — meanwhile, trying to find holes in the plan to see if it was worthwhile.”

The first order of business, of course, was funding. Kranz and Hooker had a lot of experience with grant writing, so they set to work on a proposal to the Alzheimer’s Drug Discovery Foundation (ADDF), the group headed by Dr. Howard Fillit (“Industry Explorers Blaze On,” March 2019). The experience was enjoyable and further united them behind the goal of forming a company. But the grant funding alone would prove disappointing as a jumpstart.

“We had a plan, and we honestly thought we would initially avoid venture capital and could bootstrap the company using non-dilutive funding, but such funding always has a time lag,” Kranz says. While they were submitting grants, she and Hooker also had fortuitous encounters with people in their networks. Hooker was connected to Stacie Weninger, head of the Fidelity Biosciences Research Initiative (FBRI), part of F-Prime Capital, which had made a grant to Hooker’s academic lab. FBRI focuses only on neurodegeneration, and Weninger primarily invests in seed-stage companies. Hooker and Kranz also both knew Schreiber of the Broad Institute, whose lab also had done seminal work related to the proposed company’s target, HDAC6. Schreiber introduced the two budding entrepreneurs to Kevin Kinsella of Avalon Ventures, who was the founding investor of Vertex.

“Kevin was tough, with a lot of questions and probing, but after all, he bought into our idea,” says Kranz. “Since helping start an Alzheimer’s-focused company, Athena Neurosciences, in his early days, he had been looking for another opportunity in the neurodegeneration space. He likes to have things move fast, and he pushed us to produce a term sheet. We were excited about the opportunity to get things rolling before we even heard back about our submitted grants. We closed on our seed round with him, and we did get the ADDF funding later.”

Sometimes, the science and technology manifested at the academic level does not get the credit it deserves for launching companies with novel approaches. Almost in passing, scribes may herald the seminal role of university research in the origins of biopharma enterprises and bio hubs. But no one should underestimate the value carried over from Harvard and other academic centers into the bio business sector. Those sources of special knowledge and application are worth real money, and to reproduce them exclusively inside a company would eat up large chunks of time and capital.