The story starts with biology, but very quickly steers into business. You don’t introduce a wholly new technology into a time-cemented market without acknowledging the accompanying business challenges. Ideally, you begin in the discovery stages — analyzing the challenges, envisioning a product whose benefits will address them, and building those benefits into the product you will develop. That is an accurate summary of the path Diasome Pharmaceuticals took with its insulin-enhancing delivery technology, based on hepatocyte-directed vesicles (HDV), which seeks to correct a long-known deficiency in subcutaneous injection of insulin.

The body must have insulin to store and burn sugar, but in amounts within a narrow range to avoid serious effects. “Insulin struggles to go to the liver after injection, and that is a major and significant issue for all insulin therapies,” says Robert Geho, the company’s CEO. “The abnormal bio distribution manifests itself in the fact that it’s very difficult for people who are on daily insulin injections to control high blood sugar, or hyperglycemia, and even more dangerously in the acute sense, to avoid low blood sugar, or hypoglycemia.” Insulin injections in diabetes patients deliver only a rough imitation of the normal system, and thus failure to achieve normal blood-sugar levels is all too common. Now as forever, patients taking daily injections or insulin-pump infusion, as typical in diabetes Type 1, must continuously monitor their blood sugar to manually determine dose and timing.

Once you get used to something, you may grow content with the status quo. Or you may prefer dealing with the circumstances you know, however problematic, rather than adopt something you don’t know, however positive. So it is the very change-making benefits of Diasome’s HDVs as an insulin additive that provoke the somewhat unique business challenges for the company. Rather than be the conventionally with-it “disruptor,” like a large rock thrown into a still pond, Diasome wants to slip onto the water making as few waves as possible.

“Our product has to have certain components,” Geho says. “Number one, it must be safe for chronic administration. Number two, it has to be as broadly applicable as possible across all of the classes of drugs used to treat the condition. Number three, it must be relatively inexpensive. And number four, it has to be very stable over the life of the drug. For instance, a vial of insulin by FDA requirements has to be stable at room temperature for 28 days. When we add HDV to a vial of insulin, it has to be stable for 28 days in that vial.”

As Geho discusses the product further, it strikes me that the attributes he describes emerged from something more like intelligent design than evolution. Each aspect appears to address at least one of the challenges he mentions. Not only is the product designed to be minimally expensive, but its use also could lower costs through increased treatment effectiveness and safety, ease of administration, and supply- chain efficiencies, multiplied by the potential for wide distribution and access along with insulin. Clinical trial design, endpoints, and data will conform to optimum insulin regimens. The product may be marketed as a stand-alone or in combination with insulin. Geho confirms the company engineered such product advantages to benefit patients in a way that would also overcome the unique hurdles for a company intending to launch a new technology into a mature, nay, aged market sector.

Diasome stands out for its unusual, hybrid business model: a technology-platform originator that, instead of licensing out its platform or supplying others’ products with the technology, has focused the platform on developing its own product built around a single entity, insulin.

Of course, the limited media attention Diasome has received has mainly emphasized the enormous market potential should the HDV product become tied to global insulin sales. It seems, by some law of economics that should exist if it doesn’t already, market resistance to the new product’s adoption is proportional to its maximum potential. Consequently, the product must offer benefits at the same scale as the disruption it will cause to the standard of care.

“Insulin is an almost 100-year-old category,” notes Geho. “From time to time, we can run into a perception in the patient community, the physician and endocrinologist community, and the pharmaceutical industry, that ‘insulin is insulin,’ and that the real issue is compliance, or needing better pumps, better continuous glucose monitoring, or some other more modest improvement. Over all of that are the issues of supply and price, controlled by the oligopoly of Lilly, Novo, and Sanofi. So, we face a challenge in what people think they understand or know about a drug like insulin, which is ubiquitous and is almost a commodity at this stage.” 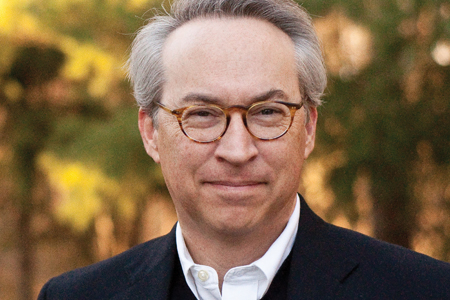 "We face a challenge in what people think they understand or know about a drug like insulin, which is ubiquitous and is almost a commodity at this stage."

One challenge for Diasome is the gap in many people’s understanding of the underlying biology. The Diasome product not only depends on that biology, it actually restores it, because the form of the HDVs — nano-sized, phospholipid-based, Frisbee-shaped disks studded with insulin and biotin receptors — ensures a necessary portion of the insulin routes through the liver. That is enough to trigger the liver’s participation in glucose metabolism once again, in turn stabilizing blood-glucose control, which ongoing Phase 2 and subsequent Phase 3 trials may confirm.

Diasome found answers to other business challenges in the HDV approach. The product can be added to insulin by hand almost anywhere. It is a liquid equal in stability to commercial insulins. The easy handling and storage contribute to lower costs in a cost-sensitive market. Improvements in glucose-control, safety, and patient well-being could also have significant cost-lowering effects. To support optimum use of the product, the clinical trials match the typical pattern of mealtime and bolus insulin dosing. And with the novel form of the product as an insulin additive, the company is ready to commercialize it independently as a stand-alone or partner it as a combination. The same technology has also yielded an oral version of an HDV/insulin combination, now in Phase 2 development.

On the one hand, it would be obvious and straightforward to partner with an insulin company, provide HDV to them, or have them manufacture it under a license from Diasome, and they would sell a combined HDV plus their insulin product in vials and pens and also for use in pumps. At the same time, currently Diasome is taking a “go-it-alone” strategy. “We also believe that we can sell HDV as a stand-alone therapy that could then be added to commercial insulins. We’re in the happy position of being able to consider and pursue both in a very advantageous and technologically sound way,” says Geho.

Geho declares none of these adaptations has come about by mere happenstance: “To have all of those components in a single new pharmaceutical product requires a lot of thought and a lot of effort. The key attributes of the HDV system have been thought about, worked on for a long period of time, and with a lot of design and intentionality built into them.” Future plans for HDV extend beyond insulin and diabetes to oral or cell-specific protein delivery. As always in biopharma, the key to meeting business challenges and capturing opportunities lies close to the science, mechanisms, and design of a company’s product.