Needle-free, mucosal vaccines that trigger a two-fisted immune response offer the first hope for fighting RSV — and raising the bar in vax technology.

Mucosis is a Netherlands-based vaccine developer with the proprietary Mimopath platform, which uses bacterium-like particles (BLPs) as a vector for delivering antigens through mucosal tissues, mediating local mucosal and systemic immune responses with needle-free (nasal) vaccines. The company is about to begin a Phase 1 trial with its lead vaccine, SynGEM, for preventing respiratory syncytial virus (RSV) infection.

WHAT’S AT STAKE
Maybe it’s the needle — a mass, primordial memory of the sharp, grimace-and-bear-it injection administered by a scary stranger in white, now resurfaced as a generational rebellion against vaccines. Of course, vac 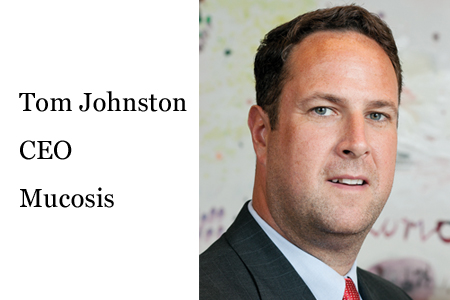 cine opponents will scoff at the suggestion, once more citing their redundantly discredited claims of vax-caused diseases; though seen objectively, their blind persistence resembles the kind of tantrum a child might show facing the needle. Opponents have no interest in improving vaccines, of course; they just want to ban them the way Boston banned sexy novels. It is up to vaccine supporters to look honestly at existing challenges for vax technology and find solutions. How about vaccines without needles?

Mucosis believes it has found a way to eliminate needles from most vaccinations and make them more effective as well. Its vaccines enter the body the way 90 percent of pathogens do: through the nose and other mucosal tissue. The “mucosa” also happen to be where the innate immune system lies in wait for invading microbes that display a foreign antigen and, when it detects the invaders, attacks them on-site — while also rousing the adaptive immune system to a systemic response. Thus, by delivering antigens through the mucosa, the Mucosis vaccines elicit not only a systemic immune response but also a mucosal response throughout the body as well.

The company branched out in 2007 from a Dutch government-sponsored research institute, Biomade Technology, based on work by a scientific team at the University of Groningen in northern Holland. “The scientists were looking for ways to more quickly age cheese,” relates Tom Johnston, Mucosis CEO. “But what they discovered was the human-grade product of Lactococcus lactis bacteria could be wiped clean of any residual components inside and the outer wall of the bacterium would remain. And they took it from there into vaccine research because it would create a particle-like structure and generate an immune response. It is a safe product — we eat it every day in prepared foods, probiotics, and yogurts, but the idea was how it could work with vaccine antigens for mucosal delivery.”

After a successful Phase 1-2 proof-of-concept trial in influenza, the company chose to develop its first commercial vaccine for RSV, a serious crippler of infants and elders. No RSV vaccines currently exist, although a handful of companies is working on them, including Johnston’s former employer and reputed pack leader, Novavax. “We think that we have a better mousetrap for a number of reasons, and we’re right behind them and nipping at their heels,” he says.

The real stakes: Johnston emphasizes that RSV is often confused with the flu, but in the elderly, the virus can cause death or comorbidity, and in infants, especially those born early, it can cause life-long bronchitis, asthma, or other lifetime illnesses. “By the age of two, everyone has had RSV,” he says. “But you can be re-infected year after year, even though the virus hasn’t changed.”