Pfizer and AZ — A Question of Loyalties 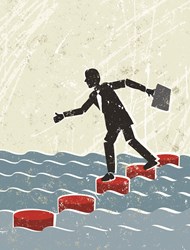 My overall take from the beginning of the Pfizer/AstraZeneca affair has been “nothing good will come of this.” But up until Pfizer finally pulled the plug on its merger offers, for now, I still believed the merger might happen because of the signals the British Prime Minister and AZ CEO Pascal Soirot kept putting out, implying they would support the sale at the right price and conditions. Even after the “final” offer, Soirot said he would be willing to discuss a merger in the future at a price that reflects the company’s “true value.” But I admit today it looks like I was mistaken, and at least this latest show of force majeure by Pfizer will not proceed.

In the midst of all the speculation, I asked for some feedback on the proposed merger from an old friend and former colleague of mine — Kevin Gopal, Editor of The Big Issue in the North (BITN), published right in the heart of the region where AZ has many of its R&D and manufacturing facilities. Kevin showed me a recent BITN article that illustrates how such a merger would affect the area. It also does a good job of documenting how, even without one, other painful shifts will occur because of “synergies” AZ already plans. (I tweeted the article and later added a link to our Chief Editor Rob Wright’s cover story, “AstraZeneca’s Biologics Veteran,” in May.)

Kevin was struck by how AZ “suddenly started to boast of a sparkling pipeline” that, before Pfizer’s overtures, was seen as being moribund. “The other notable thing here is just how political it became. Suddenly there was talk of ‘national interest,’ which had been long forgotten in industrial policy, heightened by impending European and local elections.”

I believe AZ's midnight awakening to promise in its own pipeline comes chiefly from MedImmune's cancer immunotherapy program, the subject of a giant project I've currently buried myself in — a virtual roundtable of KOLs and company execs on the challenge of combination immunotherapies for cancer. Besides the obvious bean-counting benefits, I surmise one of Pfizer's key interests in the merger was to obtain MedImmune's pipeline. Per its usual style, AZ had been playing it cool with that program; Soirot crowed about it only when it seemed he might lose it.

Regarding the “political” aspects of this perceived assault on the British nation by an American aggressor, the story is more ambiguous. People tend to forget the “Astra” attached to Zeneca. Not long before that merger in 1999, I visited Astra’s CEO Håkan Mogren after my plane got into Stockholm late at night, and, over a smorgasbord of goose liver sausage and cheeses, I mentioned my Norwegian roots. “You know Norway is really just a renegade province of Sweden,” he said. Do you think he had any national pride?

About the same time, I spoke with Zeneca’s CEO David Barnes, who mentioned the company might favor some kind of merger. I nudged him to describe the companies he thought would be the most compatible with Zeneca. “That would be invidious,” he answered. He went on to name Pfizer and a few others, however, as one of the “alpha-growth” companies in the sector, along with his own at the time. Only months later, Zeneca announced the deal with Astra.

There is so much irony in that story it could stand on its own, like an over-starched shirt. But the story also illustrates how mergers, supposedly all about unification, can actually be quite divisive. Even transitory loyalties to home, country, region, or profession can inspire great resistance to the seemingly irresistible force of fiduciary enhancement by a corporation that has grown mainly by M&A. Yes, the waters were somewhat muddied by AZ’s own troubles, but people sensed something more at stake in the proposed transaction than local pride. Perhaps it was that Pfizer would once again be invading territory it has not yet fully conquered in the past — the integration, not merely the acquisition, of companies.

To use a very American example: Jerry Seinfeld goes to pick up a rental car and is told his reservation is useless because the place is temporarily out of cars. “You know how to take the reservation,” he cries. “You just don’t know how to hold the reservation!”

It could be that contemporary global corporations don't place a high priority on local, national, or even regional concerns. They may actually have little or no loyalty to any government or people, functioning mainly as financial entities maintaining an ever-shrinking industrial base in their home countries, replaced by global outsourcing. If that were the case, we could expect no better behavior, or any favors granted by companies we see as belonging to our own nation. Pfizer may still be in New York, but is it still an American company? If so, why did it seek out one of the UK’s remaining pharma giants for a semi-hostile acquisition?

While this whole affair was going on, I was also working on our Life Science Leader cover story, “Lilly Navigates the Realities of Innovation” (June 2014). Readers might see a considerable contrast, and another point of view, in the Midwestern company’s homespun yet quite global approach to growth. The alternative view could even help us shake off some of the film noir, Venetian-blind, “everyone is for sale” shadow all the merger talk has spread over the industry lately.

But don’t count on it. Keep your eye on Valeant Pharmaceuticals for the next possible dive in the denominator of merger mania. Other issues aside, Pfizer does believe in and strive for risk-taking innovation. But Valeant, the new kid on the block, appears to want merely the fruits of that tree. Such a “pure play” can only bode more threat to traditional loyalties, perhaps one day reducing them to a single one.