Reliving the Past, Shaping the Future of Cancer Therapy 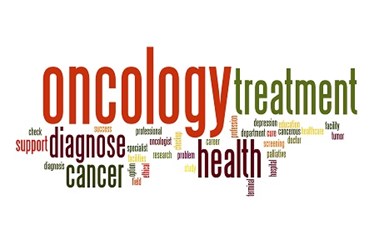 Someone has a new idea — meaning, an idea he has never seen or heard before. He happily presents the idea to his team, getting at best a mixed response. Is this an age thing? The, um, more recent team members jump right on it, either endorsing or parsing out the idea in logistical terms, consisting mainly of what it would take to implement it. The, ahem, more senior members give each other a look that can only be described as raised eyebrows. But they have learned the hard way not to say out loud what they are all really thinking — “Oh boy, here we go again!”

No one wants to be the one to say, “We did this before, and it fell flat on its face.” After all, who’s to judge why a given strategy or tactic failed once, or maybe more than twice? Perhaps it was only a small, subtle element in the plan that doomed it. Another time, another place, another team — who knows? It might just work if tried again. And it’s probably better not to bring up the past and risk demotivating people in the off chance we might learn something useful from experience. And thus, ironically, do the old-timers forfeit the opportunity to hold out for something truly new.

But I’m not concerned here with business-team dynamics. What prompted this reverie was a news item on AZ’s new “crowdsourcing” approach to cancer-drug treatment. The report uncritically hailed the program as a veritable revolution in cancer therapy that could yield greatly improved results from combinations of traditional chemotherapeutics and, presumably, other approved drugs with different modalities such as molecular-pathway targeting. The solution is software — gathering enough data on patient outcomes from the web to create more safe and effective algorithms. It is a noble cause in one light. But to me, the news merely delivered the latest example of how the major players in contemporary oncology are holding onto and recycling the past.

The first player is the press, or at least the large portion of the press that never seems to tire of hyping the latest, hot-off-the-bench “promise” for curing cancer. These reporters and, let’s face it, their readers, would much rather dream of what may happen someday than celebrate what is happening today, even if today’s happening is truly wonderful. Preclinical, pre-PoC prospects remain their favorite subjects, even as they virtually ignore the new cancer immunotherapies breaking all records for positive patient outcomes in late-stage human trials. How many bench discoveries must fail — and how many mice must we cure, only to fail again in humans at Phase 1 or 2 — before we see human data is all that counts in cancer?

Yet the great cancer-cure miracle-in-the-sky machine just keeps rollin’ along.

The next big player is the investment community, which produces its own set of magical thinkers. Unlike reporters, these people put their money where their mouth is, some rationally and scientifically, others instinctively placing confidence in high-risk propositions, so their focus on early prospects is understandable. By the time a new drug reaches Phase 3 (yawn), isn’t it is too late to invest in it anyway?

But again, especially in cancer, few in the financial circles seem to acknowledge the long-term potential of a miraculous new technology as it evolves into new forms. When we held a financial roundtable last July, the experts on the panel gave only passing mention to oncology among the hot investment areas they listed. The silence on immuno-oncology, as we say, is deafening. But gene therapy, nanomedicine, or just about any other area where few or no clinical candidates exist to confuse the issue — that’s a place where people like making some noise.

A pause to apologize for waxing so sarcastic. Sorry. There.

Now, on to the next big player in this saga: industry. Two separate trends among companies in the cancer space have emerged in reaction to immuno-oncology. In short, they amount to join ‘em or ignore ‘em. As some cancer-drug companies overstretch to attach the word “immune” to every platform and candidate in their pipelines, other companies tout their own “novel” approaches as if IO does not exist.

If we had not sorted through the latest research and explored the scientific issues as we did in our Combination Cancer Immunotherapy Roundtable, we would have no way to tell honest claims from hyperbole in this semantic landgrab — or to compare companies’ early promises with the actual performance of current clinical trial champions such as nivolumab. The inescapable issue with all new (and old) cancer approaches is now this: if it ain’t immunotherapy, it had better be something even better. And the real test for any therapy is how well it performs in human beings, not in assays or in other animals.

So that brings us to another group of players in this cancer-treatment conflict — patients. Yes, I could have mentioned physicians or payers, but right now I’m going to leave them for another day. Patients could be the game changers here. Until fairly recently, the industry could more or less count on patients and their families to support drug development in their disease area indiscriminately. Let’s face it, they were suckers for anything “promising,” any new “miracle” or even “hope,” like mourners at a séance. No more. Their nonprofit associations have now morphed into sophisticated pipeline evaluators and funders, not to be fooled, or fooled with.

Moreover, when something works, and works better than anything else around, patients know it first. As more and more people receive immunotherapy in one cancer type after another, their standards and expectations will rise. Think of the Honda Accord: once you had a car that performed reliably great for more than 200,000 miles, why would you go back to the kind that burned out well before 100K?

Perhaps I was a bit too hasty in passing over the docs and payers. Cancer immunotherapies have set more than clinical records — they are on their way to becoming budget busters as well. Suppose that Honda had come in with a price tag of several hundred thousand dollars. Most people would have settled for less, and perhaps the great leap in car quality would have never happened. Is that the fate the new IO drugs are tempting?

I once attended a presentation where the speaker presented evidence that the R&D spend for an average new drug was at least 10 times what car makers spent on creating a new model, or something. But scale is a funny thing; what you think something is worth has more to do with previous benchmarks and practices than calculations of intrinsic value. People will always judge new-drug prices according to traditional notions of public health, expecting medicines with the potential for treating large patient populations across multiple, major indications to bear prices well below the premium level of niche drugs. In return for prices that guarantee the greatest access, companies get something they haven’t seen much of in a long time: volume. So it does not even make good business sense to price the miraculous new IO meds beyond public expectations.

Besides, it’s been tried before, and it didn’t work out too well. There I said it, for all the seasoned teamsters out there. But fairness also dictates that I put in a word for the naïve proposers of formerly tried-and-failed ideas. In court against a libeler, Whistler justified the selling price on his abstract painting of late-night London fireworks not by the two days and nights he spent working on it, but by what he had brought to the work: “the knowledge of a lifetime.” Your experience is only worth something if you use it to create something new. If you hear a tired old concept breathlessly being sold as freshly born, don’t just cast it aside — give it a fair hearing. Then share the lessons you learned, not as abstract history, but as living clues to a more creative solution. I would end with an example, but the example already exists above in what I have written.