Tear Down These Walls — Overcoming Global Barriers To BioPharma Access 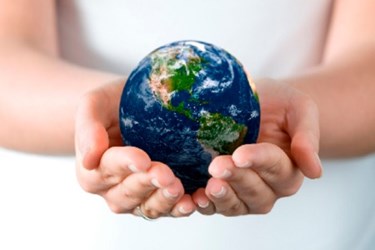 One of the qualities I have always admired in the biopharmaceutical industry is its global composition. People from every region of Earth work, travel, mix, and mingle with each other, more or less harmoniously, all joined in the industry’s common identity and purpose. Our motivations may be as diverse as our geographies — some seeking fortune, others fidelity to humanitarian ideals, and the rest all shades in between — but we all gain something immensely valuable from the sum of our parts.

Separately, in a blog I’m writing in parallel with this article, I reflect on two events that vividly demonstrate the industry’s global kaleidoscope. Here, I seek to address another aspect of our diverse global makeup; namely, the persistent barriers to industry growth in the very countries and regions where the growth potential should be the highest — the so-called developing or “pharmerging” markets. Surprise: although patents and pricing most often catch the blame, persistent economic disparities and lack of infrastructure in those markets may be much larger barriers to access — market access for companies, and medical access for patients.

It seems self-evident that companies in this industry would be wise to share intelligence as they confront the all-too-resilient geographic, political, economic, regulatory, and free-market barriers to supply and distribution of their products worldwide. What can the industry do on its own to overcome such barriers to access, and what must it do together with people and organizations of different interests?

When my friends in the industry feel unappreciated for their contributions to world health, I want to say it might help to account for the billions of people who are unaware of those contributions because they have no access to them. I’m not just conveying a general impression; the data from research by IMS Health supports my description. (See blog, “My DCAT Week Diary.”) Drug pricing is not the only, or even the chief obstacle to access for most of those people — it is poor infrastructure due to extreme poverty and economic inequality.

Two very different Big Pharma CEOs have put it succinctly, if with varying finesse: Bayer’s CEO Marijn Dekkers said, “We developed Nexavar for western people who can afford it, not for Indians." Lilly’s chairman John Lechleiter said, “Realistically, in those countries, our products reach a certain stratum of people who have access to good quality medical care through private insurance, out-of-pocket, or in some cases, government programs.”

Yet both companies, and most others among their peerage, are looking for future business growth in the same countries where most of the citizens are too poor to pay…anything. And even if they could pay, even if companies could lower their prices far enough for the local folks or governments to afford them, how would people obtain the goods? Where are the trucks, the warehouses, the refrigeration, the roads…? In such places, healthcare is a hitchhiker, riding on the backs of disasters and wars — or like a dry desert riverbed, filling and flowing only for a short time after a storm.

So while Western companies fight pricing and patent wars in the poverty belts of Asia, Africa, South America, and so on, the majority of human beings who live there arguably see no real difference, no matter which side wins. From a distance, the economies may appear to be booming. Money is flowing, incomes and profits rising, industrial activity picking up, but the old, stubborn shadow of what we once called the third world still covers all but a thin crown over the economy where great wealth concentrates. Whether you state it coldly, cruelly or sympathetically, it is simply true: no real growth in the biopharma business will come to those places until the balance shifts and access expands to the greater population.

Expectantly, I downloaded the whitepaper from a large consulting firm, which promised to enlighten me on the challenges companies face in gaining market access around the world, especially in emerging countries. Based on an industry survey, the report identified several major factors that create barriers for companies. From the perspective of everything I’ve said here, the survey results were both predictable and disappointing. Infrastructure, economic state, communications, and overall deliverability of medical products in such countries were not mentioned — even though they affect companies and people alike, perhaps more than any other factor that might apply in a fully developed market.

I would have thought the marketing folks would have pointed to one telltale marker of the enormous challenge. The media are the message: if you find the main means of communication are cellphones, shortwave radio, and scattered DVD players, pricing may be merely the barest hint of your true barriers to access.

“What in the devil are you talking about?” I can hear you say. “Do you expect us to save whole economies?” No, but you might give them the right nudge now and then. Graham Lewis of IMS Health is really the only analyst I have seen look beyond the usual suspects and suggest how companies might start addressing barriers built into the economic landscapes of what he calls the “frontier countries,” or the poorer nations among the “pharmerging” markets in places like Africa, Asia, and South America. His proposals and examples remind me of a recent PBS Nova on the reintroduction of beavers in North America. In drought-stricken areas such as Montana, where now barren creeks were walled off from cattle, the beavers unexpectedly returned and resurrected a corridor of greenery-filled wetlands that store precious water no longer kept in the melting glaciers of the nearby Rocky Mountains.

Lewis first points to two cases of a company setting up infrastructure-boosting programs. In Malaysia, Novo Nordisk joined a public-private partnership with the Ministry of Health in the “Jom Mama” type-2 diabetes prevention program aimed at young couples, where obesity during pregnancy is pushing up disease rates. The company has entered a similar partnership with the Vietnamese Ministry of Health to launch the “Vietnam Diabetes Care Program,” to train more physicians in diabetes care, increase the diagnosis rate, and otherwise shore up the limited infrastructure for dealing with the disease in the country. Other suggestions I have heard include funding strategically placed infusion centers in poor rural areas, distributed storage units with solar-powered refrigeration, and customized distribution programs such as the one in Brazil for Genzyme’s enzyme replacement therapy Ceredase (imiglucerase) described in our previous story on Rogerio Vivaldi (January 2014). Like a beaver’s dam, a well-placed project can have far-reaching, synergistic effects supporting recovery and growth in the wider environment.

Of course, I am not blind to some barriers that companies cannot hope to overcome, most of them related to war, corruption, and hyper-imbalanced economies — the kind where folks risk stealing gasoline for cooking out of pipelines heading from refinery to port. These are walls we must all work to tear down over time. But to the extent that a company is in touch with the local economy, people, and, yes, power base, it may build a way to greater access.

It might also be useful to widen our definition of “emerging markets,” or at least take note of the “submerging markets” that now surround us in what we once called the first world. During the Great Recession beginning in 2007, millions of U.S. citizens found themselves not just in an economic crisis, but also in a medical one as they lost their medical insurance along with their jobs. Although the Affordable Care Act has brought relief for a large number of those people, the extensive use of deductibles and co-pays allowed under the act limits its practical benefits. They can now get insurance, but can they afford to use it?

Long-term employment forecasts also paint a dismal picture of the future, which now promises a low-gain economy for all but a very few people. Most Americans, Europeans, and Japanese may continue to live a life envied by the world’s poorest, but disappointing compared to the comfortable middle-class levels the majority once enjoyed. Whole households may be fully employed, but with such low wages and benefits that they never attain much more than the basics of food and housing, if that. With companies unwilling to support the economy — in fact, practically falling over each other becoming expatriates in search of the lowest tax rates — the picture is unlikely to improve.

With a degradation of peoples’ lifestyles will also come breakdowns in infrastructure. Imagine what will happen to pharmaceutical distribution in cities like Detroit, where even water has been cut off to tens of thousands of people. It may take private-public partnerships and relief programs now reserved for the frontier countries Lewis describes.

The pharmaceutical industry I admire has a wide, inclusive, global mission. It aspires to curing, controlling, or preventing disease in the great sense of public health, whether in individual patients or large, untreated populations. I’m sorry, with all due respect to the folks who champion “inversion,” I can’t see how flaunting a self-serving fiscal rationale for leaving your home country will improve peoples’ appreciation for industry innovation. Nor will it help overcome the barriers to delivering or receiving the benefits of innovation. If you want more appreciation, think access!