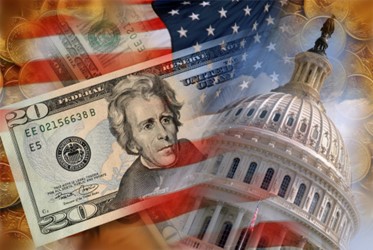 As I flipped through the Wall Street Journal over lunch on July 2, I came across Jonathan Rockoff’s article, “Pfizer Raises Prices for Dozens of Drugs.” The article stated that Pfizer raised the list prices for more than 40 of its prescription drugs this week, marking a second round of increases for the company just this year. My first thought was, “I hope this doesn’t set off a powder keg of negative public perception of the industry like that caused by Mylan’s 2016 price hike on the EpiPen.” That price increase involved one drug, while the announced Pfizer increase involved 40. So I decided to look through Pfizer’s complete product listing of prescription and OTC products. The exercise revealed that Pfizer has 381 products, and thus the hike on the 40 represents about 10.5 percent of the company’s entire portfolio. In the grand scheme of things this does not seem like that big a deal, and perhaps wouldn’t be if it took place in just about any other industry. For nearly every company in nearly every industry makes annual price increases. But biopharma isn’t like any other industry.

Is Biopharma In Need Of A New Drug Price Increase Play Book?

On July 9, 2018, in a Tweet (as only this president seems eager, willing, and able to do) President Trump criticized Pfizer:  “Pfizer & others should be ashamed that they have raised drug prices for no reason.” This resulted in Pfizer reissuing the same yada-yada-yada statement it had issued the week previous. I say yada yada yada because I find it hard to believe that intelligent biopharmaceutical industry executives not only keep trying to conduct business from the same tired playbook, but seem to be under the delusion that they can conduct business as usual — especially under this president. In Life Science Leader’s February 2018 Editor’s Note I wrote about the industry’s negative reputation tail spin. There, I referenced a 2017 Gallup poll indicating that the biopharmaceutical industry’s image ranks second from the bottom (out of 25 total industries), with only the federal government ranking lower. As this poll was conducted last year (August 2017), we are likely a few weeks away from finding out what the recent impact of drug price increases (and reversals) has had on the perception of biopharma in 2018. Given recent events, the federal government might actually not find itself in last place, and here’s why.

On July 10, Pfizer announced it had agreed to “postpone” the drug price increases, following what the company described as an “extensive talk” between the company’s CEO Ian Read and Mr. Trump. In a follow-up article by Rockoff the author writes, “The president’s attacks are the latest instance of Mr. Trump using his bully pulpit to challenge a big U.S. company, including one that has supported his administration.” This should not come as a surprise to anyone. For President Trump has used his position to pressure auto makers to build more cars in the U.S., attacked defense companies for the prices charged to the federal government, and criticized firms that made plans to shift operations overseas. This President has embarked on a trade war with China, and the markets shudder when hearing of his recent plans to slap an additional $200 billion in tariffs on Chinese imports. Under previous administrations you might recall a time when certain companies were considered too big to fail. Do you really think President Trump, who has personal experience with declaring bankruptcy for his various businesses six times, will take a similar approach to bailing out businesses that get in over their head? It is clear the President of the United States isn’t playing from the same playbook of past administrations. Why then do we (biopharma) seem to continue to do so?

The recent reversal by Pfizer does several things. First, it positions the President in a positive light, perhaps even more positive than biopharma. For whether you like, love, or despise this President, what can’t be denied is he challenged a $200 billion dollar company to a stare off, and Pfizer blinked first. Second, it clearly positions Pfizer negatively. For while the company’s statement as to how it prices its medicines notes one of the reasons being “to maintain the quality, safety, and reliability of our medicines, and our ability to continue to innovate to bring new, life-changing medicines and vaccines to patients,” Pfizer’s deferral statement indicates that the rolled-back prices will remain in effect until  a: the president’s blueprint [to strengthen the healthcare system and provide more access to patients] goes into effect, or b: the end of the year — whichever is sooner. In other words, if Pfizer can afford to wait at least six additional months to take these drug price increases, one has to wonder how much urgency there actually is for the company to maintain the quality, safety, and reliability of its medicines. Further, it is now obvious to the American people that Pfizer doesn’t really need the money, or didn’t really need to take the increase when it did. After all, how else could the company afford to change its mind? Should we expect layoffs to make up for the shortfall?

The third impact of this price reversal is the fact that the company is willing to post a press release announcing the price increase deferral, yet not post a press release on the company’s website (at least that I could find) announcing the company’s decision to raise the price on nearly 100 drugs by an average of 20 percent this year. That does not feel very transparent, something Pfizer’s CEO Ian Read has suggested as being important (regarding drug pricing) on more than one occasion. Worse, it reeks of deception.

We Are Judged By Our Actions

In a 2014 article (You Gain Respect in Drops, But Can Lose It in Gallons) posted on LinkedIn, Mr. Read wrote, “Reputation, built on our past, shapes our present and future. A good reputation can open many doors; a bad reputation can close many more. A good reputation generates respect. A bad reputation breeds suspicion.” My concern is the increase, followed by the reversal (no matter how positively Pfizer attempts to spin it), will not only have a negative impact on the reputation of an American company older than 3M, Ford, GE, Coke, and Major League Baseball, but will negatively impact Mr. Read’s reputation and biopharma as a whole. While Mr. Read has stated that “consumers can't understand the pricing of pharmaceuticals,” what they do understand are actions. “We are judged, ultimately, by our actions. In the end, actions make, or break, our reputations,” Pfizer’s Read wrote. Prior to Pfizer’s recent price increase reversal, President Trump had been getting a great deal of criticism for his inaction on prescription drug pricing. But he took action. And while some try to demean the reversal as being temporary and insignificant, I argue otherwise — because reality matters less than the American people’s perception of it, especially when it comes to politicians and the pricing of pharmaceuticals.