The Impact Of A Biotech CEO On Company Growth

“Stock offering” and “financial results” are the kinds of phrases that dominate the Google search results for Corbus Pharmaceuticals these days. Yet we all know that beneath those cold, ever-fluctuating numbers designed to reflect an organization’s performance is a group of people. And those people also influence a company’s performance.

Corbus is a clinical-stage biotech from Norwood, MA, that focuses on treating inflammatory and fibrotic diseases through the endocannabinoid system pathways. If you wade through the multitude of press releases the company generated in the past year, you’ll find one from May 2018 announcing the addition of two employees with Big Pharma experience — Robert Discordia, Ph.D., and Ross Lobell — to the Corbus executive team. No big deal; these days, this happens all the time. But the reasons why any employee at a large and stable company would consider joining a much smaller organization vary immensely. In this case, though, there was one common factor that influenced their decisions — Corbus’ CEO, Yuval Cohen, Ph.D.

Discordia joined Corbus as VP of pharmaceutical development and manufacturing after having worked at Bristol-Myers Squibb for 26 years. Prior to hiring Discordia, Corbus had multiple internal staff (e.g., process chemist, formulator) performing individual pieces of product development. The company also had set up a basic supply chain, but was missing someone who had experience with all aspects of these functions and who also had business-operations experience.

Discordia says that despite their need, many smaller biopharmas won’t even consider people with his years of experience. “The fact is, Big Pharma people come with Big Pharma baggage — like bureaucracy,” he explains. “And most smaller companies think, ‘I can’t teach an old dog new tricks.’ But after we met a few times, I quickly realized that Yuval was looking for more than just years of experience.”

In particular, Cohen was looking for people who were interested in building small and efficient teams and who were not averse to pursuing unique approaches to their part of the business. In other words, he wanted people who could help grow the company in an “entrepreneurial biotech” way. Over the last year, Discordia has come to realize that Cohen has a knack for “sniffing out” whether potential new staff truly have these qualities. He looks beyond just a person’s professional accomplishments and evaluates if they have the social skills to successfully interact with a team and the flexibility to adapt in a dynamic and growth-oriented environment. As Cohen explains, “When I’m interviewing someone in person, I try to ask questions that help me understand how they would handle being parachuted into the middle of the organization. Will they be the magnet, the enthusiast, and the inspirer of our team, or will they bring the interpersonal and team dynamics to a screeching halt.” 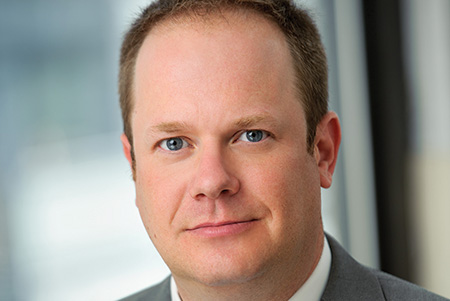 "When I’m interviewing someone in person, I try to ask questions that help me understand how they would handle being parachuted into the middle of the organization."

Regarding that elusive “entrepreneurial bent” to a person’s personality, Cohen says he determines that by finding examples of how a candidate previously collaborated across their company. He tries to assess how the person has worked as a team player or a self-starter who was willing to work outside a given job to ensure success. “He’s creating an environment of tremendously talented and accomplished people who are in important management positions,” says Discordia.

“THAT KIND OF VISIBILITY INSPIRES PEOPLE …”

Ross Lobell, VP of regulatory affairs, was the other new hire mentioned in that May 2018 press release. He previously held various leadership positions across several global pharmaceutical companies, including Schering-Plough, Pfizer, Amgen, and MedImmune. Lobell had been working with Corbus as a consultant since 2015 and had developed a great working relationship with the company’s team. It was that team synergy that led Chief Medical Officer Barbara White, M.D., to recommend Lobell as a natural fit for the new regulatory position.

Lobell says that his decision to accept the full-time position also was influenced by his experiences with Cohen. “On a daily basis, Yuval manages by walking around, and he knows everyone by name. He’ll stop by as many offices and cubicles as he can to interact and keep his finger on the pulse of what is going on across the company. That kind of visibility inspires people and promotes accessibility.”

Both Discordia and Lobell say there are several stories where new employees meet Cohen for the first time, perhaps in a breakroom or hallway, and strike up conversation not knowing who he is or what he does for the company. When they inevitably ask, “So, what do you do for the company?” they are flabbergasted to find out he’s the CEO.

Tama Evron, associate director of research and evaluation, is one of those new employees who is surprised by Cohen’s unassuming nature and dedication to an open and communicative atmosphere. “After only three months on the job, I felt like I was working with Yuval rather than for Yuval,” she says. “For example, he once informally stopped by my desk to show me a new journal article. After reading the piece at my convenience, I caught up with him over lunch and discussed the article and how it applied to the endocannabinoid science we are working on. Also, at his quarterly ‘Town Hall’ meetings for all employees, he expresses his gratitude to us and shares his vision. That really helps build our energy, and it motivates us.”

According to Cohen, he’ll have a lot of new employees to interact with soon enough. “Some of our key areas of focus right now are building out our commercial function starting with a chief commercial officer,” he explains. “We’ll also be focusing on adding regulatory staff to help guide our upcoming product licensing activities and more information systems staff to support our anticipated growth and to fuel the continued rapid growth of our clinical development group. We also are adding more scientists in our pharmaceutical R&D group as well as adding to our administrative team.”

That support, of course, involves maintaining the high standards for open communication and accessibility that he has fostered over the years. Discordia says that’s a topic, among many others, that’s discussed each week during what has been dubbed “Dinner Club,” a group composed of the four avid commuters: Cohen, White, Lobell, and Discordia. All of them stay at a nearby hotel during the workweek since they commute long distances to be at the office (Yuval from NYC, White from Maryland, Lobell from Michigan, and Discordia from New Jersey). “Yuval is a great storyteller — and he’s got a lot of them that he shares with us during these dinners,” says Discordia. “He’s almost always smiling and very happy, engaging easily with everyone. He’s just a dynamic person to work for; I’ve never met a CEO like him.”