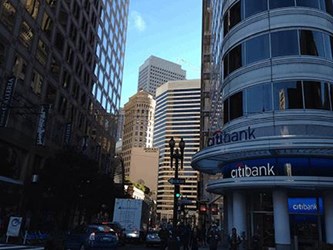 For a great inside look at the JP Morgan Healthcare Conference, see chief editor Rob Wright’s latest blog "Despite Delays, JPM 2017 Still Pays Off For Me".

During my stay at the conference, I spend the bulk of my time hiking all over the downtown area to meet with a string of companies — an exercise compressed from four to three days by an initial weather delay. In all, I interview CEOs and other leaders of 13 companies with a wide range of original and fascinating stories. As various as they are, however, they all share the common challenge of risk and uncertainty in the development of human therapeutics. The executives and companies I cover tend to be among the most prepared in the industry for handling the risks. But the same execs are usually quite aware of the over-abundant startups, typically with one foot still in academia, that toil away in blissful isolation from the outside world of risks, counting on their science alone to overcome all obstacles.

My full schedule can be traced to the early influx of pre-JPM approaches I have received from an eventual total of more than 300 companies, a deluge that began last fall, long before my attendance at the big conference was confirmed. Despite doing my best to evaluate every “pitch” and narrow the field down to a manageable few, at one point I had scheduled 17 interviews over four days. That left little time for attending conference sessions where the rules allow reporting and tweeting — unlike large, general sessions at JPM, some featuring political celebrities, where journalists must observe only.

The off-site trek I make up and down the steep hills for private meetings with companies actually matches the typical experience for most people coming to town for the event. In countless suites and conference rooms around this area, companies of all sizes are holding court or visiting one with the hope of sealing the deal they need for the next clinical program or acquisition target. This is business development up close and personal, and all jammed into a few days just as the year begins. Networking also tends to occur everywhere, inside and outside the big conference. I typically have some of my best business-card exchanges sitting in some hotel lobby waiting for the next appointment.

For companies that want to spread the word about themselves further than a presentation room, talking to the press plays a role in the routine. For us in the press, it can be tempting to toss companies into easy categories such as size, stage of research, market cap — and certain characteristics do correlate with some types — but the quick succession and personal interaction of the meetings tends to put one in a blank-sheet state of mind at the beginning of each conversation. Then, it’s fun and interesting to let the patterns among the companies emerge spontaneously as each one falls into context. The following describes just a couple of examples.

A common issue almost every young company faces is manufacturing for the successive development stages, though not all face it head-on, early on. And one advantage the current ex-pharma exodus of expertise into small biopharma brings with it is a valuable package of manufacturing disciplines: drug characterization, formulation, purification, delivery, and so on, all leading to production at the appropriate scale for each stage. Most startups may plan to take a product through early clinical or even preclinical development, then hand it off to a partner. Yet even so, experience teaches the wisdom of looking ahead to the end goal and making good early decisions that will determine the fate of the molecule long-term.

One other shared trait among the interviewed companies derives from my selection process. In most cases, I look for relatively under-reported enterprises targeting under-attended conditions. A good example is Edge Therapeutics, which is developing a candidate for treating aneurysmal subarachnoid hemorrhage, a frequent complication of a ruptured brain aneurysm. This is the kind of indication entrepreneurial biopharma was fated to take on — one that traditional pharma cannot or will not assume — mainly because of insufficient market size or overwhelming technological challenge.

I remember my first encounter with the idea of biotechnology: a small infographic in a Time article on herpes, published sometime in the late 1970s. The caption said regular drugs could not kill the virus but something called interferon might “interfere” with the virus’s growth; that is, if doctors somehow obtained mass quantities of the otherwise micro-produced natural hormone. The illustration showed a hypothetical system of inducing yeast or bacteria cells to excrete enough interferon to meet the need. It was an audacious idea at the time, and for the most part the old East Coast Big Pharma establishment stood by and let the Wild West pioneers take the lead. Some of those early bio pioneers eventually got very big, but all except Lilly and perhaps a few others I can’t remember started small.

How will I use all of those conversations? At this point, I haven’t made a determination for each one, but I can choose between a number of standard options — Companies to Watch (CtW), The Enterprisers, Industry Explorers Blaze On, Lead Features, and Hot New MoAs — or perhaps invent something new. Good stories don’t just teach; they inspire creative thinking. I don’t have a magic number where I stop meeting people and companies; in fact, my next destination is BIO CEO & Investor, where I hope to keep on keeping on. Whatever the form, my ultimate aim is the same for all of Life Science Leader — seek out useful stories, information, and ideas and share them with readers in unique depth and substance. Among the baker’s dozen interviews I conducted this time around, I found at least two “Explorers,” several “Enterprisers,” and more than a handful of candidates for cover stories, CtW columns, and other features.

Like the winter storms that disrupted some people’s flights into San Francisco for JPM, Biotech Showcase, other satellite events, and the wider network the springs up every year in parallel, the macro forces of this world can move in and strike any company, any time. But the next day the storms pass, and the sun peeks out past the lingering clouds at a blue-sky morning. True inventors invent their way around any new obstacle, and as a business species, the life science industry adapts and evolves.