The Worldwide War On Counterfeit Medicines

This is the third article in a five-part Life Science Leader series examining the current state of the counterfeit medicines problem.

It’s a sobering trend for the pharmaceutical industry. The counterfeit medicines market is growing at twice the rate of the market for legitimate prescription drugs. That’s according to the Center for Medicine in the Public Interest, a New York-based research group partially funded by the pharmaceutical industry. The organization estimates that the sale of fake pharmaceuticals generated $75 billion in 2010. The group estimates that the figure for 2016 will rise to $95 billion.

“It has been a real growth industry,” says Travis Johnson, the primary lobbyist in Washington, D.C. for the International AntiCounterfeiting Coalition (IACC). Johnson oversees all aspects of the IACC’s government relations and policy development in North America.

The potential for harm due to fake drugs has made fighting this problem a top priority for the IACC, an organization founded in 1979 that originally focused on stopping the sale of counterfeit apparel and luxury goods. Today, it aims to stop all product counterfeiting, including fake pharmaceuticals. “A knock-off designer purse is not going to kill anyone. A fake drug that is manufactured in unsanitary conditions or contains contaminates just might,” Johnson says.

Counterfeit drugmakers are not just unscrupulous; they are creative. They are always looking for new ways to get their products out on the market. Over the years, everything from antifreeze to yellow highway paint has been found in counterfeit drugs. “The whole point is to make as much money as they possibly can. So, if they can use cheap ingredients, they will,” Johnson says.

Winning the fight against counterfeit drugs requires global cooperation, Johnson says. The IACC is made up of 250 members from a cross section of business and industry. It also includes law firms, investigative and product security firms, government agencies, and intellectual property associations. Coming together, these players have allowed the IACC to put a dent in pharmaceutical crime, especially when it comes to fake drugs being sold via the internet.

The web did not even exist when the IACC was created. Today, fighting the sale of counterfeit products online is one of the organization’s most effective strategies. It has developed two programs — the RogueBlock Program and the IACC MarketSafe Program. RogueBlock is used to track down the sources of illicit products and take away criminals’ ability to receive payment for their illicit goods, while MarketSafe is used to take down fake product listings on Chinese online marketplaces Taobao and Tmall.

TAKING DOWN PHONY ONLINE PHARMACIES
RogueBlock was the IACC’s first program for tracking down counterfeiters online. The program has led to the termination of 5,100 merchant accounts representing an estimated 200,000 websites selling a wide variety of goods, from the traditionally counterfeited items, such as electronics and automotive parts, to the more recent emergence of entertainment software and movies. The IACC does not keep track of how many of those merchants were trafficking in fake pharmaceuticals, but Johnson says the number is substantial.

Thousands of rogue online pharmacies exist, Johnson says. “These are entirely unlicensed and unregulated sites,” he says. Many advertise that they sell drugs approved by foreign regulatory agencies. It is still, however, illegal to import those goods. “The vast majority of online pharmacies are trafficking in nothing but fake medicines,” Johnson says.

The statistics back up this claim. A 2013 survey of 10,000 websites by the National Association of Boards of Pharmacy showed that 97 percent of these sites did not meet industry standards. The increase in rogue pharmacies is part of a shift from manufacturers of fake drugs shipping counterfeit medicines in large shipping containers to distributors to the manufacturers filling the orders themselves. “It appears the counterfeiters have cut out the middleman. They don’t need an operation based on two continents,” Johnson says. Instead, they rely on express delivery and courier services to get their products around the globe quickly.

BLOCKING SALES
RogueBlock was created to find those manufacturers. It is a vast improvement over the traditional system in which illegal online pharmacies were taken down one at a time through civil litigation over trademark infringement. “The processes that were available were rather slow and not effective in the long term because it is so easy to register a new domain,” Johnson says. In addition, there were jurisdictional issues because a website could be operated overseas and, due to the use of privacy and proxy services, it was nearly impossible to find out who was operating the website. 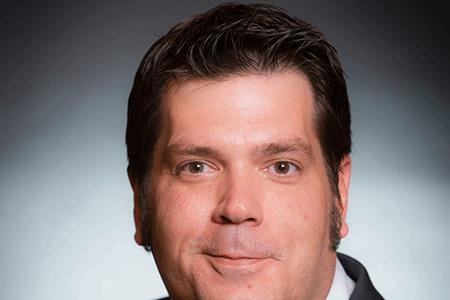 "It appears the counterfeiters have cut out the middleman. They don’t need an operation based on two continents."

RogueBlock uses computer algorithms to track credit card payments and pinpoint the sources behind online pharmacies. “Most people think there is a 1:1 correlation, one person one website,” Johnson explains. In reality, there is usually a fairly large, sophisticated organization running hundreds or thousands of websites. “They are saturating the market, so, if a site goes down or gets blocked, there are many other sites still in operation,” Johnson says.

Credit card companies’ rules state that merchant accounts cannot be used to traffic in illegal or stolen goods. These are global policies, so there are no jurisdictional issues. “The criminals are in violation, and it is justified for the banks to terminate their credit card accounts,” Johnson says. Still, criminals might find someone else to take the responsibility for opening bank and credit card accounts, but at least RogueBlock makes it harder for them to do business. “One of our goals was to contract the online market. We have done that. We have also increased awareness and educated our partners in the financial sector,” Johnson says.

IACC MarketSafe is a similar program that targets storefront listings on Taobao and Tmall, the Chinese-language version of eBay or Amazon. The IACC worked with the platforms’ owner, the Alibaba Group, to streamline its process for submitting and processing complaints. Nearly 5,000 seller storefronts have been removed and the sellers permanently banned from the site using this initiative. According to Pfizer’s chief of security, John Clark, his company used both programs as models for creating its own. (See the second article in this series in our March issue.)

INCREASING LATIN AMERICAN COOPERATION
In addition to fighting online pharmaceutical crimes, the IACC looks for trends and ways of addressing them. The organization held a meeting in June 2016 in Miami attended by 250 representatives from 15 Latin American countries. Economic growth in the region is leading to greater consumer powers. Latin America, therefore, is widely viewed as a growth market for both authentic and counterfeit products. IACC is focusing on improving public awareness and training customs officials to recognize counterfeits.

Raising the awareness of Latin American lawmakers is also important because the distribution models for counterfeit medicines have gotten quite sophisticated. Counterfeiters have taken to shipping products from the country of origin, usually China, through ports in Central America on their way to other countries, like the United States. “If products enter a port in one country destined for another, there is not the same level of scrutiny,” Johnson explains.

Currently, the U.S. is one of few countries that will take action against illicit goods in transit to other countries. IACC’s job at the Miami conference was to encourage collaboration and advocate for new laws. Johnson says he is hopeful that kind of change will come to the region because most countries, in addition to sending agents who work in the field, also sent high-ranking customs officials to the meeting.

According to Johnson, the pharmaceutical industry is doing all the right things, including moving the world toward employing universal unique identifiers or bar codes. He expects more progress to be made against counterfeit medicines in the coming years.