Ambrx Inc., a quintessential American start-up in the emerging biotech cluster of San Diego, founded on revolutionary science spun out of The Scripps Research Institute, was looking for its next round of investment. 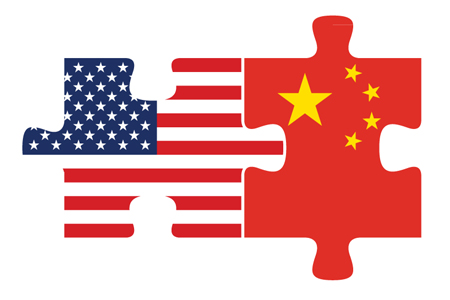 An IPO attempt didn’t bring in that additional funding, and so the company turned its thoughts to the potential for a merger or acquisition, some eight years after its start in 2003.

What happened next may surprise many. A consortium of brand-name Chinese investors and partners announced a merger agreement with Ambrx, providing sufficient investment to keep the company growing long-term in San Diego, while also opening business opportunities abroad.

ALEX, AMBRX, AND THE ARBITRAGE
Tiecheng “Alex” Qiao was named CEO of Ambrx in June, soon after Shanghai Fosun Pharmaceutical Group, HOPU Investments, China Everbright Limited’s healthcare fund (“CEL Healthcare Fund”), and WuXi PharmaTech announced their deal for Ambrx. Qiao is a U.S. citizen who emigrated from China decades ago. In 2006, he left his 10-year career at Kodak in Rochester, NY, put on his entrepreneur’s hat, and started founding his own companies, including G3 Technology Innovations and, more recently, NNCrystal in the nanotech space. Meanwhile, business associates and others led him to a renewed interest in China and the growing business opportunities there. “Before I knew it,” Qiao says, “I was in China being offered a valuation for my company I couldn’t turn down. We made the decision to take the investment from these China venture capitalists.”

That personal experience of matching U.S. technology with China capital is a powerful influence in Qiao’s life and shapes his understanding of our times. He became more involved in bridging the two countries and became acquainted with Ambrx as a consultant to the consortium that subsequently acquired the company.

“The technology at Ambrx provided a bumpy development ride because it is so revolutionary,” says Qiao. That technology is related to a fundamental law of nature: All proteins consist of 20 amino acids. With so few of these building blocks, it’s difficult for drug developers to perform modifications from a therapeutic perspective. Upon joining the The Scripps Research Institute in 1999, Peter Schultz, Ambrx cofounder and renowned scientist — and founding director of the Genomics Institute of the Novartis Research Foundation (GNF) — pioneered a method for adding new building blocks to proteins, a so-called “21-Amino Acid Genetic Code.” According to Qiao, “The resulting unnatural amino acids allow you to put a chemical handle on a protein molecule and, in theory, put that handle anywhere in the protein.” This was a key invention and insight that helped open up the possibilities of therapeutic proteins for companies like Bristol-Myers Squibb, Eli Lilly, Astellas, and Merck, with whom Ambrx has formed multiyear collaborative partnerships.

Ambrx began its applied research with prokaryotic cells, where Schultz had started. (A prokaryote is a single-celled organism that lacks a membrane-bound nucleus, mitochondria, or any other membrane-bound organelles.) Ambrx also extended to the area of mammalian cells, actually assisting in the development of new antibody drug conjugate (ADC) technology. However, it was taking the company longer to find its application for the development of its first drug. “VC funds and private equity in the U.S. have a defined life cycle for their investments in companies,” explains Qiao, “and it was now going on 10 years. Ambrx needed to make some financial decisions.

“Think about it,” Qiao says. “It’s really interest and financial commitment from China that’s helping this West Coast biotech take the next step. Now we’re moving forward with a strategy to turn the San Diego site into a full-blown innovation center. Our new Chinese partners believe the U.S. ecosystem is the best for this kind of innovation.” But the partnership also provides Ambrx a bridge across the Pacific Ocean to leverage all that China has to offer, including its own homegrown science and technology, and to someday – fingers crossed – be a part of commercial markets there. “In my mind, this era of integrating Chinese funding and U.S. technology is a win-win,” he says.

“This is an arbitrage opportunity rarely experienced in human history,” he continues. “I mean ‘arbitrage’ in the expanded sense of capitalizing on the advantages – and disadvantages – in these economies and cultures. The key is that both sides benefit equally. There’s this insatiable hunger for technology in China, a large amount of available investment capital, and a huge emerging commercial market. Then you have the U.S., the world’s leader in entrepreneurism and in producing technology, with a need for more capital to continue to succeed in the largest and most competitive market in the world.”

AN ARGONAUT ECONOMY
There are, of course, some people with a less sanguine narrative of current U.S.-China business relations. That description starts with China taking (unfair?) advantage of an open U.S. market with low-wage workers, while its markets and outside investment opportunities remain relatively regulated. Geopolitics overall can be messy, and global business is not immune to regional realities or global perceptions.

Qiao understands all this and the idea that not all Life Science Leader readers will immediately bring a positive viewpoint to an article on Chinese money flowing into U.S. biotech assets.

“My hope is that people recognize China is quickly changing,” says Qiao. He believes China wants to move away from being the world’s factory center and drive toward an innovation-based economy. He says China recognizes that to become a leading economy you must open up. “Obviously, they must change many regulations … and they are,” he insists. “Even though I travel back to China multiple times every year, it’s still very difficult for me to keep up with changes taking place, often at a pace that most in the U.S. don’t yet appreciate.”

Nonetheless, I remind Qiao that the Chinese government still mandates that a drug is invented and manufactured there to be approved for commercial sales. “I’m certain that will change,” he says. “For me, as a U.S.-based entrepreneur, I’m less concerned about this because it’s coming down to pure economics.” And to a large extent, those economics, according to Qiao, are driven by a new breed of international players shaping an open and global economy.

He tells me he subscribes to the thought-provoking portrayal of our current era in AnnaLee Saxenian’s book, The New Argonauts: Regional Advantage in a Global Economy. Saxenian, known particularly as an astute observer of Silicon Valley, says the scientists, financiers, and entrepreneurs from China (and India, Taiwan, and other countries) have reversed what was once considered a “brain drain” – foreign talent educated in the U.S. but not returning to benefit their homelands. Instead, this talent — and other internationally minded members — have become the adventurers in a new Pacific-Rim “brain circulation.” [Editor’s note: The New Argonauts is worth reading.] Qiao himself embodies these Pacific-traversing argonauts, riding international currents to an enhanced, intertwined knowledge economy, one every bit as vibrant as Saxenian depicted nearly 15 years ago. “Today, it’s the Chinese and Indians, particularly,” says Qiao, “circling around the Pacific Rim and helping to foster the economies of many countries.”

MORE IN THE AGGREGATE
For certain, China has a huge amount of capital that wants to find its way to the U.S. Chinese investment in U.S. businesses, hardly existent some 15 years ago, now totals nearly $50 billion and could reach $200 billion by the end of the decade, according to a study released this May by the National Committee on U.S.-China Relations and the global research firm Rhodium Group. And just as certain the U.S. government takes in more than its share of Chinese money. China held $1.26 trillion in U.S. treasuries in March 2015, according to Treasury Department data. That’s the most held by any nation, although Japan and China typically lead in this category from month to month.

"My hope is that people recognize China is quickly changing."

Back on the business front, and particular to biotech, Qiao sees this resource disparity as his arbitrage advantage. “Our nation is founded on entrepreneurship; risk-taking defines us,” he says. “China has a lot to learn from us, and in this regard, I believe it will take many more years to grasp all the lessons.” Qiao believes our biotechnology industry is a perfect teacher and learning ground, and thus we’ll see more Chinese investments in our biotechs in the aggregate. “Our industry, in particular, knows how to put a high-tech workforce together and get people to collaborate, from basic conception to product commercialization,” he explains.

Always cognizant to even out the equation, Qiao adds that China, in turn, has a lot to offer U.S. companies, well beyond the initial investments. “This current deal allows Ambrx to tap into capital in China, but also additional know-how, lower-cost high-tech labor, and gainful connections in China’s fastgrowing market, where we would not otherwise have access,” he says. “We are still focused on the higher-end markets — the U.S. and Europe — but you can’t afford not to think about China anymore. From this perspective, compared to some peers in San Diego, San Francisco, and Boston, we have a competitive edge because of this arbitrage.” He concludes: “But you can be sure there will be many others doing deals like this for years to come.”