Why Do Drugs Fail To Reach Market?

Why do new drugs fail to reach the market? Oh boy, what a question — one sure to cause a stir anywhere you go. Regulators get much of the blame from industry and, to an increasing degree, vice versa. 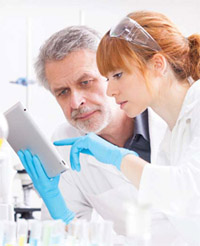 Among us commoners, though, the general impression when a drug fails is it wasn’t a good drug. Those mysterious chemists and formulators must have gotten it wrong way back in the lab. They should have known the drug would not only fall short of helping patients, but even harm them. Well, perhaps they did, and perhaps they should, but the plain truth of it is this: innovations don’t just happen on the bench, they also happen, however miraculously, in clinical trials.

Drug sponsors and suppliers have an enormous stake in new drug approvals, an elite cadre of innovations we collectively call “innovation.” Even if a drug fails later in the process, after a given supplier helps it along, the failure’s repercussions reach all the way back to the beginning. Just ask the people whose jobs disappeared in the latest R&D restructuring by their company’s Big Pharma client. Clinical sourcing rises and falls on the fate of individual drugs in development. Conversely, even the earliest actions performed with a drug in development affect its chances of success.

A clinical trial is not an experiment but a test of the evidence, like an engineering analysis, leading to a yes or no conclusion as to legal use. To a structural engineer, human drug trials are like measuring all the stresses before opening the bridge to traffic. Nevertheless, trials do yield experimental data, and to the extent the data adds to or changes scientific understanding, the trial may unfortunately never catch up to its own findings. Unless you can change the endpoints in response to the feedback of new science and treatment, the trial may become obsolete long before it ends.

Because trials are not set up as experiments, however, the data they produce is rarely reproducible. In fact, a general lack of reproducibility plagues most biomedical research, even at the experimental stages, according to Ulo Palm of Forest Labs. At the R&D Leadership Forum last February, Palm argued that the ubiquity of poor practices in bio/pharma R&D makes most published drug data “misleading or flat-out wrong.” Like a weak radio transmission, the noise of error overwhelms the signal of “statistically significant” findings of safety and efficacy.

This point is so important, yet much too complicated to cover adequately here, that I am inserting the following sources, even though I also placed them in one of my previous blogs: “Handbook: Quality Practices In Basic Biomedical Research (QPBR),” WHO, 2006; and “Best Quality Practices For Biomedical Research In Drug Development,” American Society For Quality (ASQ), 2012. As I said then, the documents “offer direction toward common data standards that could ameliorate the problem.”

Another speaker at the Forum, Ken Getz of Tufts CSDD, blamed many clinical trials failures on the so-called reforms that were supposed to make trials more, not less, effective. Expanding eTrials, moving trials to emerging markets, greatly boosting the number but reducing the size of sites, and outsourcing site management were all intended to lower cost, spread risk globally, speed trials, and improve patient and investigator retention. But Getz said the complications the reforms added actually had a negative effect on those areas. He called for a “reboot” that emphasizes investigator and site quality.

An example of critical trial design was recently noted by legal expert Allan Green, comparing two competitive Phase 2 trials for the orphan condition Fabry’s Disease. (http:// www.fdaregs.com/index_files/Page560.htm) The first product failed to gain FDA approval because the sponsor picked a dose not studied in Phase 1, chose a subjective primary endpoint (pain reduction) for one study, added too many secondary endpoints that produced contradictory results, and conducted faulty data auditing and analysis. The second product ultimately won approval largely because the sponsor determined the Phase 2 dose with a previous dose-ranging study, worked with the FDA to define a surrogate endpoint for accelerated assessment of its primary endpoint (renal function), and produced clean, straightforward data.

Fabry’s is such a rare disease that the FDA required only Phase 2 studies for the two products described, but Phase 2 failure also afflicts many nonorphan drugs. According to the U.K.’s Centre for Medicines Research, the Phase 2 failure rate is running at about 80 percent, compared to about a 50 percent failure rate in Phase 3. You would expect and even prefer Phase 2 rates to outweigh the Phase 3s, but it remains a challenge — and, yes, an opportunity — that both rates have been rising.

Regulators offer more than rhetorical support for clinical trial effectiveness — partly in improving consultation of the type just described but also where it counts most for industry, helping more trials succeed. The most outstanding current example in my mind is in oncology. Richard Pazdur, director of the FDA’s Office of Oncology and Hematology Products, has cited poor endpoint selection and insufficient patient populations as common problems with trials for drugs his office has famously rejected. He credits better practices in part for the new crop of cancer drugs the FDA has been rapidly approving. Lesson: Interact with regulators early and often, specifically with your clinical trial and generally with guidances, workshops, and consortia dedicated to GCP (good clinical practice).

A LEAP OF VISION
You may notice I’ve said nothing so far about personalized medicine (PM). To be honest, I accept that PM and Dx/Tx combinations may help patients with true rare diseases in ideal settings, but I fear the PM approach is becoming a closed and tightening circle that may condemn the industry to marketing mostly tiny-niche products with infinitely bloated price tags. I see no mere coincidence in the three out of four top areas (besides cancer) where clinical trial failures prevail: metabolic/diabetes, neurology, and cardiovascular. All of those are historical territories for primary care medicines. You, the industry, say medical need is always the guiding light for R&D? Or have expensive clinical implosions and “niche mania” caused you to look away from the largest needs of all?

Consider this. What if improved models, operations, and basic practices could put a dent in the late-stage failure rate for primary care drugs? The same question might apply to broadly applicable oncology drugs such as immunotherapies. Would that make the medical need there more visible?

Failure is inevitable, and maybe even necessary overall. The fact is, science depends on failures to advance in knowledge and understanding. But to fail in an experiment is one thing; in a clinical trial, quite another. One teaches, the other also teaches, but in a costly and often destructive way. No matter how reformed or unreformed your system, what matters most in producing real innovations is the quality of planning and decision making at every stage leading up to and extending through clinical trials.