Write Thinking — Biopharma At the Turn of the Year 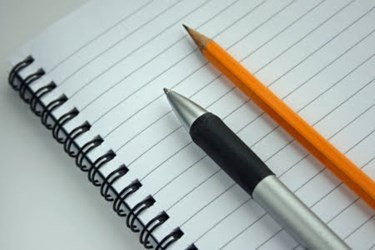 This is my New Year’s blog, so I hope you will indulge a bit of my philosophizing before getting down to business.

Sometimes I write just to think. Take a blank page and start filling it with whatever bits come into my mind, maybe keep going, and then see if it all starts to take shape into a form I can understand and hope other readers will, too. If it goes really well, leading the reader on an expedition that resonates with a theme and returns to a meaningful home base, I give it a name, a title. Or perhaps the title comes much earlier, even at the beginning, and I spend the rest of the piece trying to understand and explain it.

Writing is reinforced thinking. It is a stronger, more constructive way of moving through the thought world. It transforms an otherwise ephemeral mental exercise into something potentially eternal in the human context. You can look back and trace an entire stream of thought or see the whitewater tamed and shed into a river of meaning and knowledge. And thus thought becomes a real object you can share, and a place you can find your way back to again.

I can think about something all day and all night, merely treading water, never swimming ashore. But once I decide to write my thoughts down and complete the composition, I emerge to find myself on what feels like solid ground. It is as if another person, another mind is speaking to me and telling me what all that thinking meant. And if I understand it just that way, there’s a good chance others will, too.

Because I am a trade journalist covering the life science industry, all of those things tend to appear to me in industry terms. But they also reflect the environment we all live in — the one that contains the industry as well. After 30 years on this beat, I still see every issue from the inside looking out and the outside looking in.

Take the drug-pricing debate, for example. I understand and support the notion that companies deserve ample awards for making and distributing needed medicines, ensuring good earnings for their workers and shareholders. At the same time, I know firsthand how patients can get caught in a squeeze between the healthcare cost-controllers and suppliers.

Both sides say, “It’s just business.” But most patients — now paying large sums out of pocket or scaling back coverage as premiums soar — face a stark financial equation of their own: One medical emergency can cost them all of their property and savings, because their insurers wait until the patients are essentially bankrupt before paying the remaining debt. Short of that fate, the large outlays of cash for deductibles and co-pays can tax most middle-class households. Yes, people spend comparable sums on goodies like smartphones but they can plan for those purchases, and the purchase is not a hostage to their health. The most sensible family budgeter, having paid all of the current bills, will blanch when a new prescription pops up late in the month and requires a 10-percent co-pay on an expensive, single-source generic.

Of course, I’m speaking from a U.S. perspective. People in other countries don’t usually lose their homes over medical debt because they all live in one of those gawd-awful, government-run healthcare systems. Funny, some of those countries are the same ones to which Big Pharmas are now emigrating to escape U.S. taxes. You see? My thoughts always go to the industry landscape. And they also return home.

When a prominent industry leader recently blamed insurance companies for the drug-pricing crisis, he was at least partly right. In addition to putting the squeeze on patients, the insurers are now ramping up the pressure on pharma companies. One business to another — if it’s all about what I’m willing to pay versus what you’re ready to charge, the bigger I am, the more likely you’ll charge what I’m willing to pay.

These days, though, the U.S. market demands a broader-stroke definition of “insurance,” one that factors in pharmacy benefit managers, managed healthcare organizations, and new hybrids of the two models such as Express Scripts. Those entities have embarked on a two-pronged strategy for dealing with pharma companies: big-customer clout and backward integration. As they grow to cover immense patient populations, they will demand more price concessions from the drug industry; meanwhile, they will start buying up parts of the same industry.

First will come research. Our editorial advisor Dennis Purcell tells me about 40 non-profit health systems — including Kaiser Permanente, The Cleveland Clinic, and Ascension Health — now have their own VC funds. But it may not be long before the biggest players such as Express Scripts, which you may remember as a spin-off from Merck, moves up the supply chain to buying big stakes in specialty-pharma and other drug companies, raising a whole host of new business and securities issues.

Admittedly, it is easier to prognosticate about such developments just before the end of the year, as I write this, than just after the beginning of the new year, when momentum-building absorbs everyone’s energy. Luckily, there is the stimulus of a major industry event to get us moving — the J.P. Morgan Healthcare Conference in San Francisco, January 11-14. I will be back at the conference this time, along with my colleague, chief editor Rob Wright. Inevitably, part of the week will see us hiking up and down the steep hills around Union Square for offsite meetings and parallel events such as the Biotech Showcase. Looks for our live tweets at #JPM16 and ##BTS16.

No doubt the drug-pricing controversy will capture much of the collective conversation at those events, and at the BIO CEO & Investor Conference in New York City, February 8-9 (#BIOCEO16), around which we hope to address the topic in an industry-leader roundtable (broad hint to stay tuned). If we are successful in recruiting the right panel — company CEOs and payer/patient advocates on opposing sides of the pricing debate — we hope it will have a positive effect for all parties by cooling emotions and possibly forging some areas of common agreement.

We cannot change the course of history, but we can offer a safe haven for free discussion of alternative courses. We are thinking creatures; no matter what our immediate desires and feelings may be, each of us has an interior voice that insists on an objective view of reality. When we are presented with two diametrically opposed arguments, we can call upon that voice to help us find a third solution, not always in the middle, but sometimes in an entirely different place than either side had seen before.

Writing is a pathway to such a place. It can lead you there. Start with a blank page. Fill it with your thoughts, but without fear of mistakes. Use the logic of language to test your thinking and if it fails the test, think again. Follow the stream of written thoughts and you’re bound to enter unexplored territory. That is the only place you have a chance of locating the overlooked solution.

May all your explorations lead to success. Happy New Year, 2016.